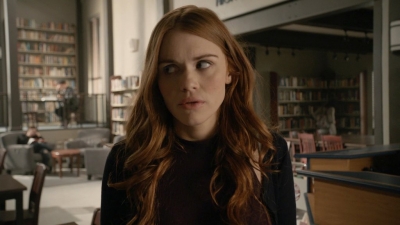 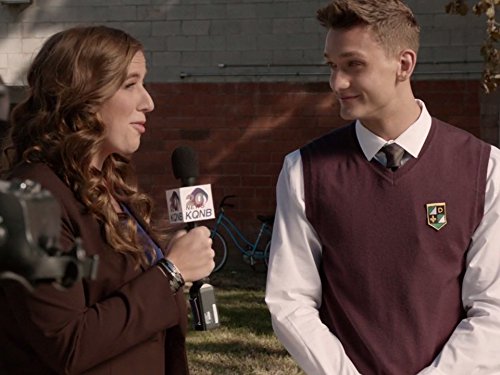 Scott and the pack try to use a charity lacrosse game to figure out the identity of the Beast.
"A credible threat" can't keep up the pace and action of Lie Ability but nevertheless it's a good episode. The opening scene is strong. It's dark, mysterious and quite gory but has a highlight with Parrish chasing the beast. Let's stick to Parrish for a moment: although the idea was nice to get him into touch with the supernatural being in him and to let him talk with Lydia, the scenes with Parrish as a whole left me unsatisfied. Much tension was built up, it was thrilling to see Lydia talking with the Hellhound itself but the denouement of the scene came too suddenly and the motives of the hell-hound itself stayed unclear. Is he playing his own game? Why did he lie about Parrish's death? The scene would have deserved a better end, again, a part of the series suffered from the sheer amount of plots stuffed into not enough time. 7/10 for this plot from me. In my eyes, the main plot was a bit thin: a whole episode dedicated to the information that the Dread Doctors try to accelerate the evolution of the beast with broadcast frequencies? This was on the weaker side, there are more important things to tell at this moment. (5/10 for the main plot, the short appearance of the Desert Wolf didn't help.) On the other hand, it allowed to bring back something that was missing in the show: Lacrosse and the Coach. It was great to see those elements returning from the first seasons, so this has given the episode a nice scent of nostalgia. 9/10 due to Coach bonus! Kira not being able to control herself and finally falling back into her mad ki