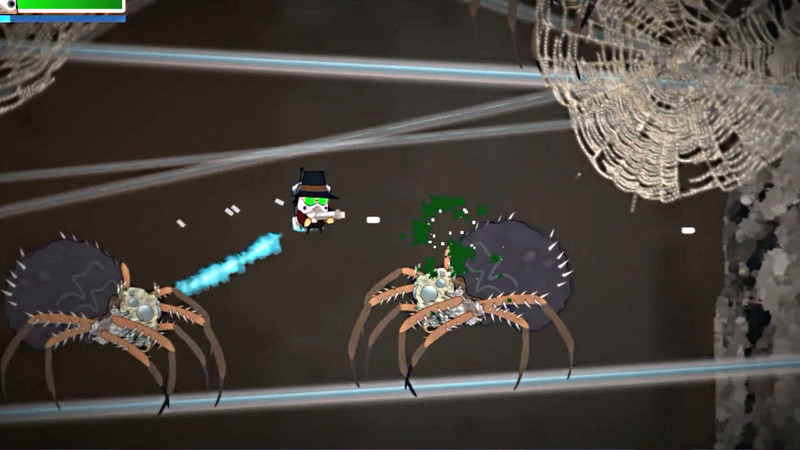 Before suffering the loss of his father, a young warrior is told of an approaching cataclysm that would again devastate human civilization. Tempered by the elements and burning with vengeful rage, Gideon Cole rises from the Heart of the Badlands to embark on a perilous journey through the unforgiving Wasteland, with the hope of vanquishing a god-like foe. It was time to put a stop to the desert warlord and his minions, take on the terrors that await him in the Valley of Nod, and battle his way through the city of Big Iron, to abolish the Master Program and set humanity free.

After Rain: Phoenix Rise is a 2D action-platformer set in the dark future, where the strong strive to see another day, and the weak are consumed by the Horde. The air is unbreathable, clean water is scarce, and bloodthirsty necrobots feast on the flesh of the living. It is now up to you to bring back all that was good. Lock 'n load, sharpen your blade, and prepare for the ultimate adventure! 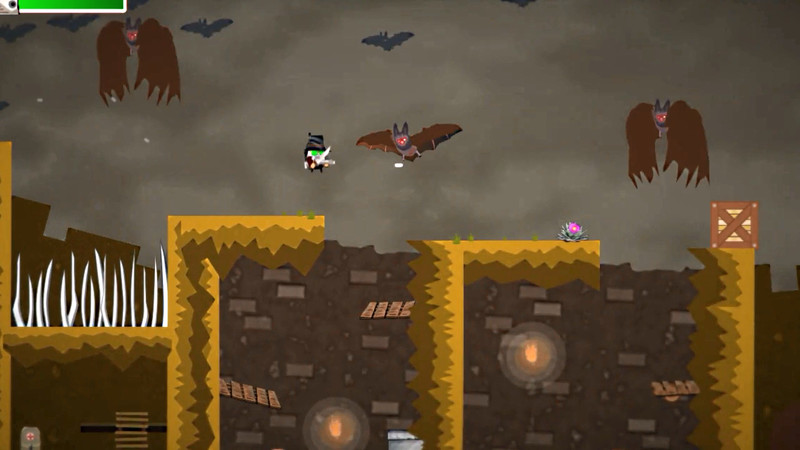 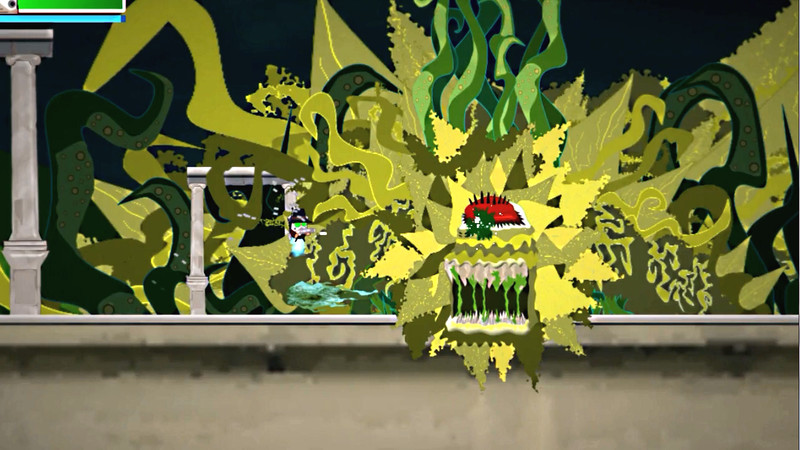 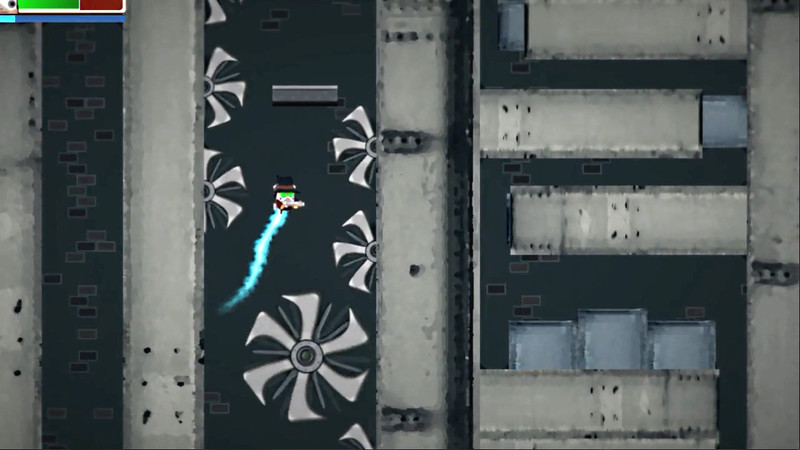 What I love about this game is that you are left to your own devices to figure out ways to beat each level. There's no tutorial (you can find the controls in the menu), and you're given no strategies or hints for completing each level. That is what makes this game truly retro, and it's something that I miss from 90% of new video games. You'll find yourself at times questioning if you can make a certain jump, or if there's any concievable way to defeat a certain enemy or obstacle. This forces you to get your hands dirty and really play the game. It's a puzzle, it's a real challenge, it's action-packed, and it definitely requires some skill -- don't expect After Rain to hold your hand and drag you through each level (I'm looking at you, modern Zeldas). If you're looking for a game that provides you with a challenge, rather than just stealing your time, then After Rain is a worthy purchase. I will definitely be coming back to this game until I beat it.. After purchasing After Rain: Phoenix Rise I can say I am very pleased. This is an easy to learn game that runs very smoothly and will keep you guessing as you continue through the levels. Every time I took a break from the game I found myself thinking about the level I was stuck on wanting to go back and play. The only downside to playing the game so frequently were some of the cut scenes that could not be skipped. In the future I hope that there will be more game modes because this game has a lot of potential and is only scratching the surface! Even though I have beat the game already I still play it regularly because of how much I enjoy it. I highly recommend this game if you are looking to find some challenge as well as an interesting story mode!. I can highly recommend this game to anyone looking for a great platform shooter. This game is the perfect balance of challenging yet rewarding gameplay. The gameplay is simple enough virtually anyone can play and yet certain moments will leave even the most experienced gamer trying their hardest. It also balances the feel of an old-school 8 or 16 bit game with the visuals of a futuristic one. The developer continues to work on DLC and adding to an already great game. Once again I can highly recommend this game and give it a 10\/10.


In the News / Build Update:
Press Coverage
After Rain: Phoenix Rise was a featured story in the weekend edition of my town's local newspaper. You can read the full piece online at http://www.reformer.com/stories/local-game-developer-launches-debut.... The story was shared over 120 times. I live in a small town, so this is BIG news!

Build Update
The latest build of the game (v1.2) has been released, and includes some minor updates that address weapon upgrades, boss battles, and the player jumpak.. Indie Gala Monday Motivation Bundle:
Save BIG on After Rain: Phoenix Rise, and pick up some other great indie titles, now thru June 17, as part of Indie Gala's Monday Motivation Bundle! Shout out to the Indie Gala team for making this happen! Save, play, and support indie devs!!
https://www.indiegala.com/monday-motivational-bundle-50 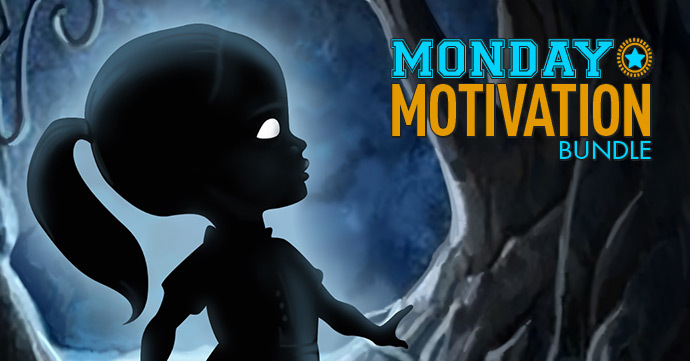 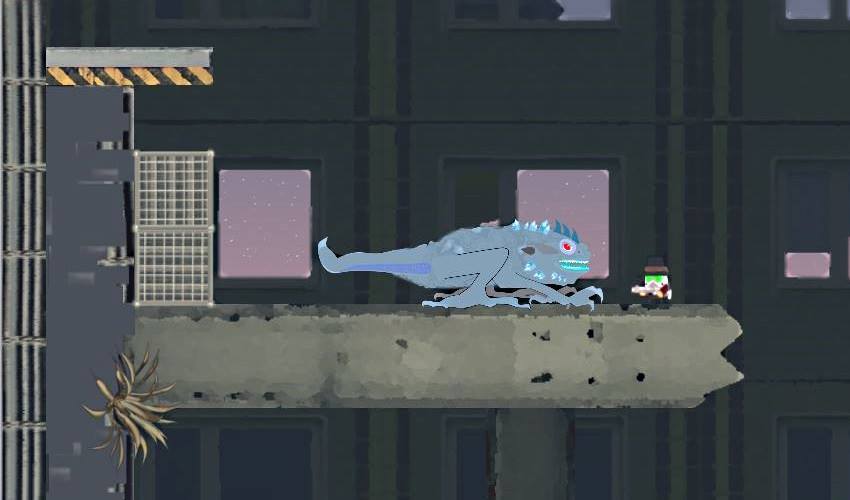 . A Big Thanks | New DLC in the Works:
Big ups to the fans and new players of the game! After Rain is a one-man operation for now, so I need all the support I can get, and a faithful fanbase is the best kind of encouragement I can receive to continue creating new content. And speaking of which ...
A new DLC for After Rain is in its (very) early stages of development and is scheduled for release by year's end. "Trials of Gideon Cole" (working title) will take place in the time after our hero loses his father up until he begins his quest; all the training he did to prepare for the mission. A complete list of new features being implemented in the game will be included in the next announcement.. New Pricing Announced:

DV8Games has reached the halfway point in its development of the new After Rain: Phoenix Rise DLC, "Trials of Gideon Cole". To celebrate, the core game has been priced to own at $2.99.. After Rain Launches:
Heartfelt thanks to ALL THE SUPPORTERS of After Rain! Reaction to its release over the weekend in terms of media coverage, community interest, and player feedback far exceeded my expectations as an indie developer. Stay tuned for game news and updates, and enjoy the holiday season!. SALE: Save 50% on After Rain: Phoenix Rise:
The Steam Lunar New Year Sale is officially on and DV8Games is proud to be a part of it! Enjoy 50% off After Rain: Phoenix Rise from now until Feb. 19. Download your copy today!