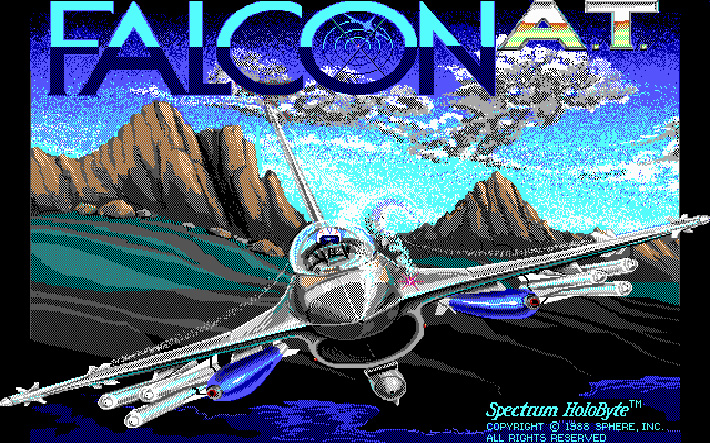 When you climb into the cockpit of the F-16 Fighting Falcon, get set for the "flight of your life" as the powerful FALCON AT takes you streaking across the sky at Mach 2. Accurate weapons system, head-up-displays, cockpit controls, and overall flight characteristics make this ultimate in simulations. The enemy MiGs you encounter are resourceful and very skilled.

Whether you are a novice pilot or a real "top gun," FALCON AT is for you! 3-D graphic images of buildings, forests, freeways, and bridges flash by as you fly at the speed of sound only 150 feet above the deck. Take out bridges, power stations, tanks, airfields and SAM sites.

"Sweaty palms" and a pounding heart are normal occurrences during dogfight engagements in FALCON AT. Mastering the most effective use of your heat-seeking missiles. Maverick missiles, bombs, and cannon systems will determine your destiny. The MiG-21 and MiG-29 planes will be merciless, as will the opposing pilots you challenge in head-to-head mode. FALCON AT - you won't believe it! 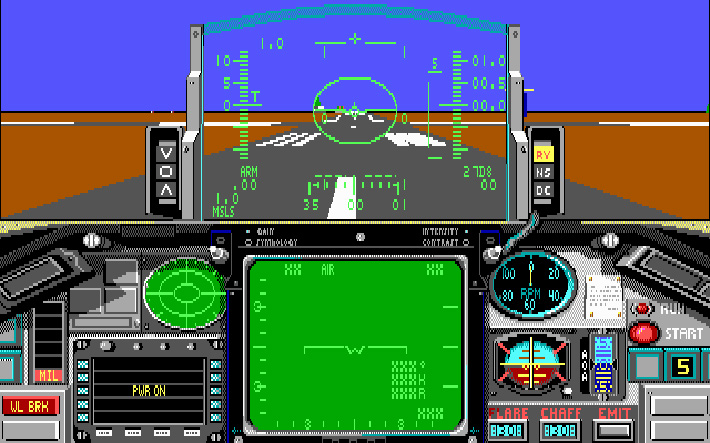 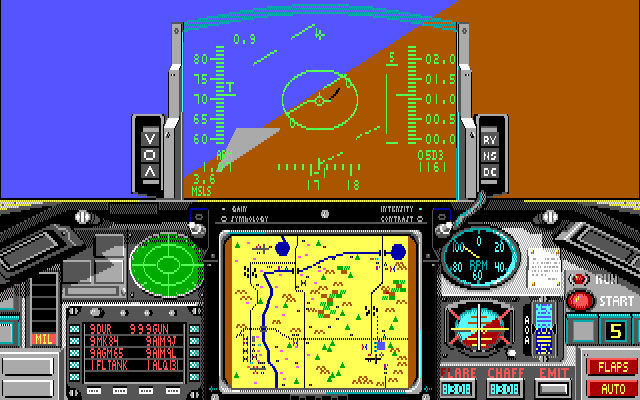 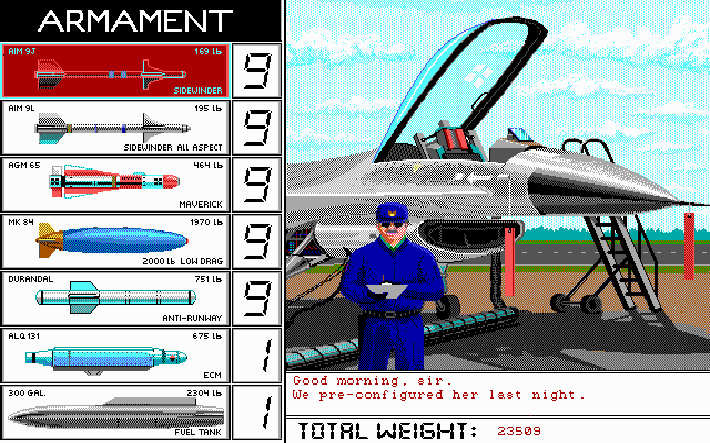 
I see this title is on sale, so I thought I'd update my review.

The description does not make it clear that the game runs in DOSBox. Hell, it recommends Win 10 and a 1.8 GHz CPU. This is the original game and does not need that much power.

I don't have a working flight stick at the moment, and was hoping the game would run with the Steam Controller. I messed around for a bit, but didn't get it working satisfactorily.

Can be mapped as keyboard+mouse.

I have DOSBox, and run plenty of old software with it. For this game, the Amiga version was vastly superior. If I going to have to mess around with an emulator, I'll go for Amiga. On Steam, I was looking for a quick and easy way to replay a game from my youth, without having to put a lot of effort into getting it running. So, for that reason, I don't recommend this title on Steam.

If you haven't played Falcon and\/or don't mind messing around with DOSBox through Steam, by all means, get this game. It was a defining title in the flight sim genre.

I played the Amiga version when it was new. I was interested to see Falcon titles available on Steam. I purchased on Steam so that I could use my Steam Controller. However, the game actually launches and runs in DOSBox. The Steam Controller stick is not recognized as a joystick and cannot be used. I tried remapping the stick to the arrow keys, but the game is unplayable with keyboard input due to key ghosting - you can't bank and pull up at the same time.

Nostalgia value, yes, however, not worth it to me, if it's run thro...