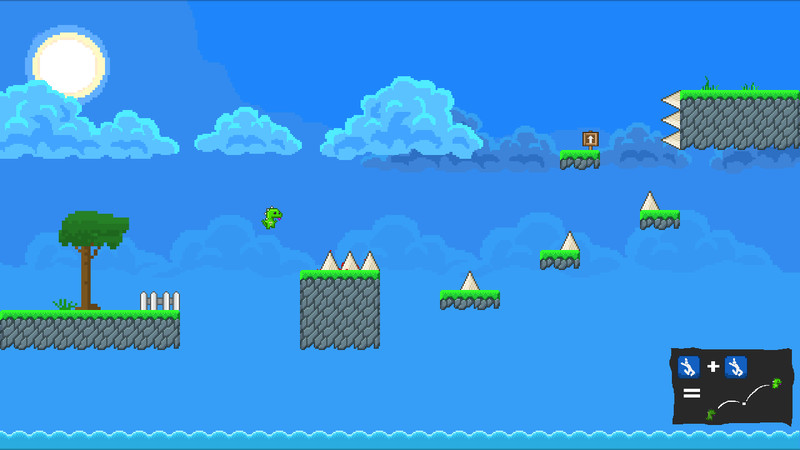 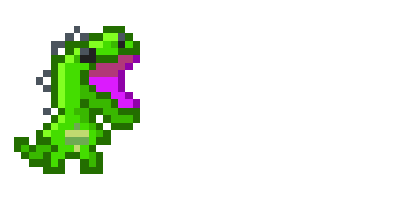 A small 2D platformer in pixel style.
You play as a dinosaur "Ezy", you need to get to the castle, but it will not be easy. 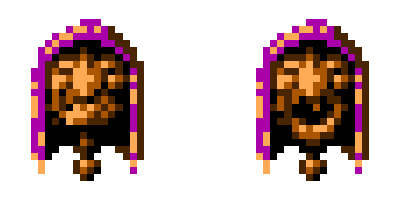 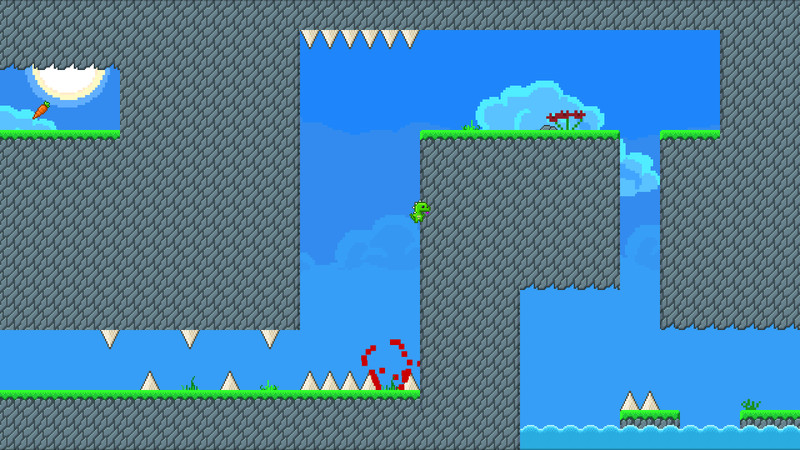 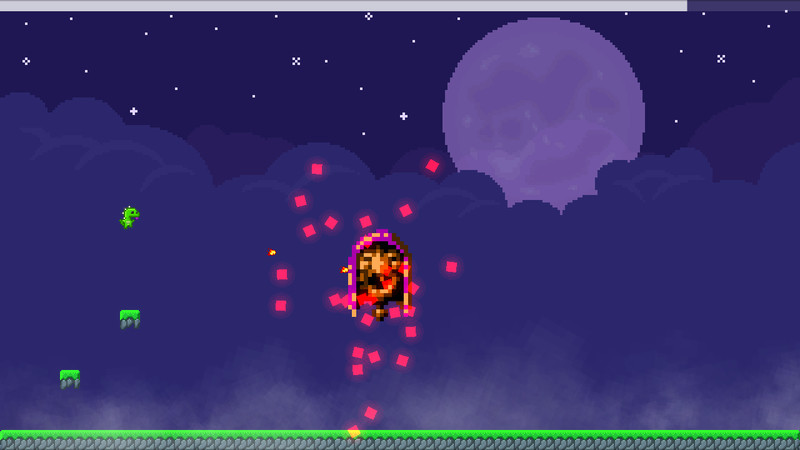 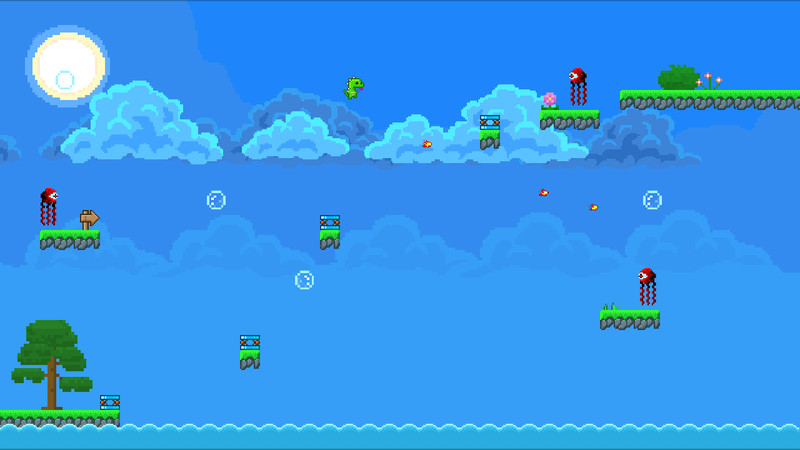 
Put this crap in a bundle. It's not worth 1 dollar.. Ezy<\/i> is a short, moderately difficult precision platformer.

It's also really short one: I spent just 30 minutes beating it twice in a row.

Graphics are cute. The background music and sound effects remind of simpler 8-bit days and are generally fine. There's virtually no story or explanation for anything, so that checks out as well.

Controls are pretty slick... once you find them out. You see, the game doesn't instruct much. For instance, you'll realize that you can shoot fireballs (with E and left mouse button). However, the game doesn't instruct you that this key exists. There's some in-game instructions on finer controls, like that you can actually double-jump, and climb a rope by pressing 'jump', but it doesn't help much that it's through a confusing image.

Level design is quite good, with lot of variety, from spikes to appearing-disappearing blocks to jump pads. But like another reviewer said, there are some cheap portions, like a super-mushroom jump pad that blows you up to the ceiling towards spikes, that is virtually impossible to dodge on your first try. It's a good thing that respawning is fast and levels are short, so this is not too annoying: usually a few retries are needed anyway due to poor timing or jump precision.

After 11 levels and two adequately varied boss fights, I still think Ezy<\/i> is too short. Sure, it's only $1, but when a game takes 20 minutes to beat on your first playthrough<\/i> I feel it's too short. A few levels and a boss fight or two more would surely alleviate, if not solve the problem.

Nevertheless, Ezy<\/i> is a decent platformer even in its transient content.. its a stupid game inposible is stupid
. While most of the levels are fair, this game does a very poor job of introducing the player to new concepts. Every new obstacle is introduced immediately next to another hazard that you are guaranteed to bump into on your first run. I mean, the first enemy is firing at you while you're still trying to figure out what the controls are. No one told you that you have a double jump or a ranged attack until after you need to use them. The first bounce mushroom is located directly under spikes before we have any idea what it does. The first rope is over water and the rope does NOT work like you think it works. I know you're doing this on purpose, Strong Cube, but cheap deaths don't make a game hard. They make it frustrating and unpleasant. Super Meat Boy is hard, but it always gives you a moment to play with new hazards or tools. That way when you die, it's because you weren't good enough to win, not because the game didn't tell you all the rules.

The graphics are adorable. Ezy is cute enough that I don't want to violently murder them even after refusing to jump on objects other than spikes. The rest of the game looks nice, though many sprites don't seem to fit. Looks like the sprites were gathered piecemeal from various free sprite packs.
I love how the spiked boulders have collision physics even though they never slow down for longer than a second.

It's a decent game, especially for the price.. nice game <3