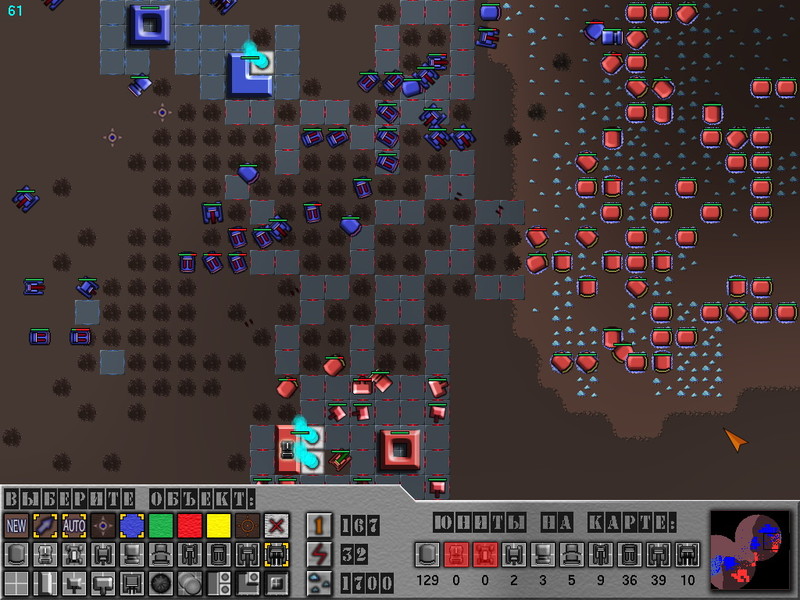 m-Mania is a classic real-time strategy game with a top view. Your task is to build a base, raise an army and destroy enemies on the map. Provide dominance over the planet m-Mania, defeating enemies in 15 exciting missions. 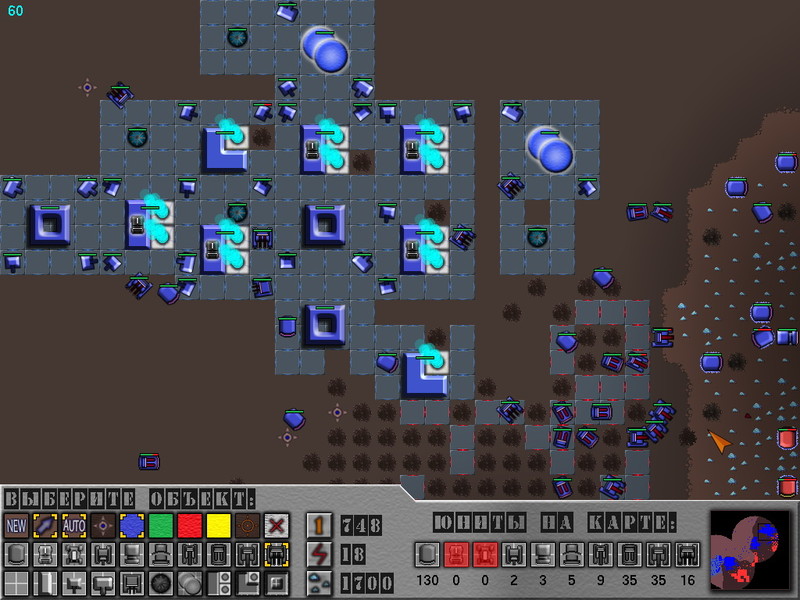 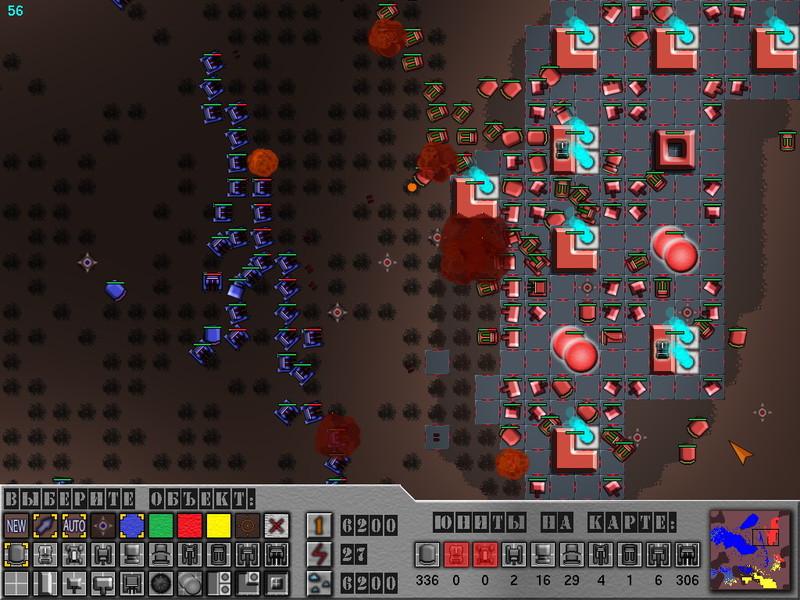 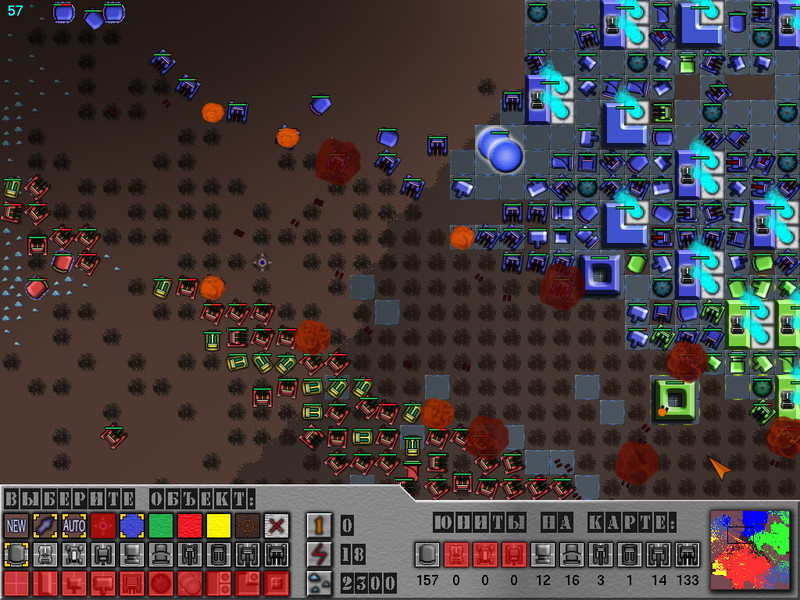 Keep going bro! and add english pls. This game is like a hommage to the Mother of realtime strategy games: Dune 2

Really super basic Realtime Strategy game indeed, no in-depth story to get involved, no worms to be afraid off, just very simplistic. Nothing wrong about that, it does what it promises and I like it.

I have no knowledge about the russian language, no idea either why the description is in english yet the game itself is totally russian, but there is not much you can do wrong here, there are only 3 buttons, which I pressume: START, OPTIONS and EXIT. :D Not gonna mess with the options, maybe to turn off the repetitive musical loop?

The map works the same way as in Dune 2: You got a place to mine resources and a place to build. First you have to lay a layer of concrete before you can build a structure. Structures vary like a vehicle factory that basically covers all vehicles, including harvesters, radartanks, flaktanks, dreadnaught tanks, simple tanks, mine layers, etc...
Further you got power plants to keep the base operational, silo's to store the resources otherwise they get lost, walls to protect certain buildings, turrets and little gun fortresses to defend the base from intruders.

In this game you have to act fast, otherwise you get run over. You can play matches 1vs1 or 1vs2 or 2vs2, several maps to choose from, but it doesn't really matter, this is basic RTS, no time to turtle.

You even got an AUTO button, that the AI will do everything for you. Just sit back and relax, see who wins the battle. Place your bets on which color faction will win!

Okay, about the "Winning" part... There is no ending, there is only conquering the entire map by eradicating the enemy. You just click on the button "NEW" (which is suprisingly in english...) to restart a map. So when you have won basically, you see no enemy units, just restart or go to main menu and try a different map.

Don't expect smart AI... These are programmed as basic as possible: Gain Resources, Build Army, Attack! They focus on two zones: the mining zone and the base zone. Anything that gets in their path will be dealt with. They will target your mining areas to destroy your harvesters and your base. Shutting down progress in order to conquer.

Looking at the price (for me it was 0,39 cents), perfect price for a small game like this.

If the developer would consider adding a storyline, story missions, thus a campaign to go through as a tutorial perhaps, where certain things are programmed specifically, like a commando unit or whatever... (thinking of Dune 2000 or just simply Command & Conquer) then the price 0,99 which is orginally, would be a good as well. But who knows what the developer might do with this project, maybe an overhaul? Who knows, but for now, how the game is today, I enjoyed it. I enjoyed the skirmish gameplay. Failed the first two matches, because I had no idea how the game worked, had to discover each building's & unit's functions.

In the end, I took over the area of the enemy, build my base there, mined more resources. For no reason, because I conquered everything already.