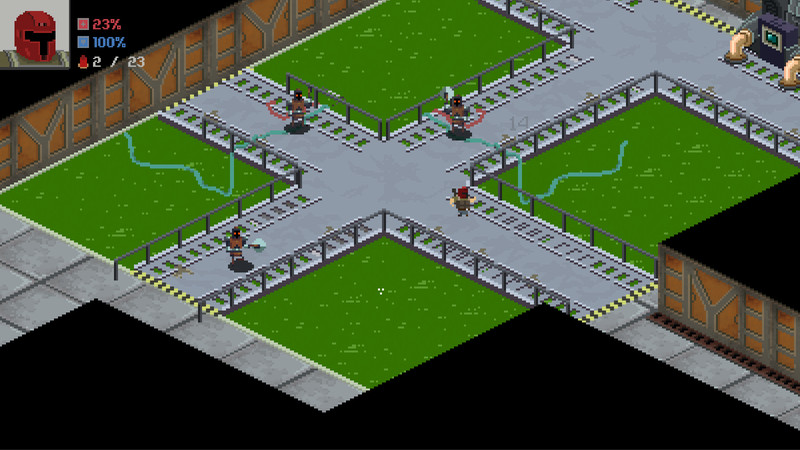 Hordes of hellish beings have invaded earth, it is time to rip them apart wave after wave and find out the source of the invasion.

Rising is an Isometric Pixel Art game that takes heavy inspiration on old classics such as Doom, Crusader: No Remorse, Postal and many others.
Featuring non-stop action from beginning to end, your objective is to defeat anything that moves, crawls or looks at you in a funny way.


- 1 to 4 players Co-Op (Controller required).
- Fight waves of monsters with all weapons you can find.

This is the first chapter, purchase includes all subsequent chapters. b4d347fde0 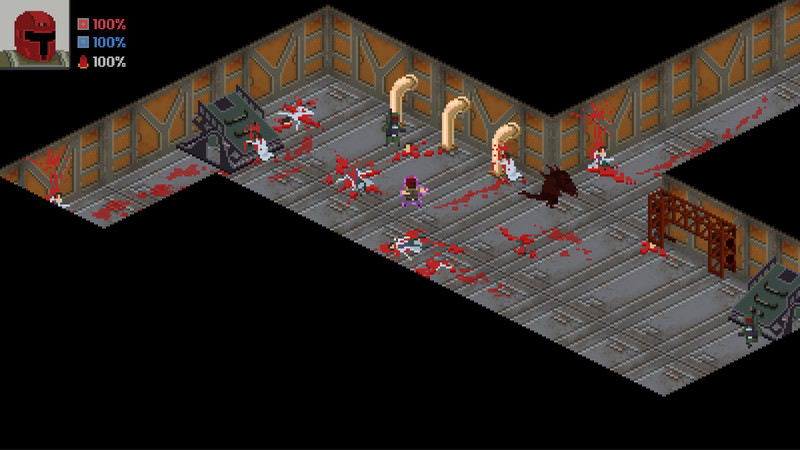 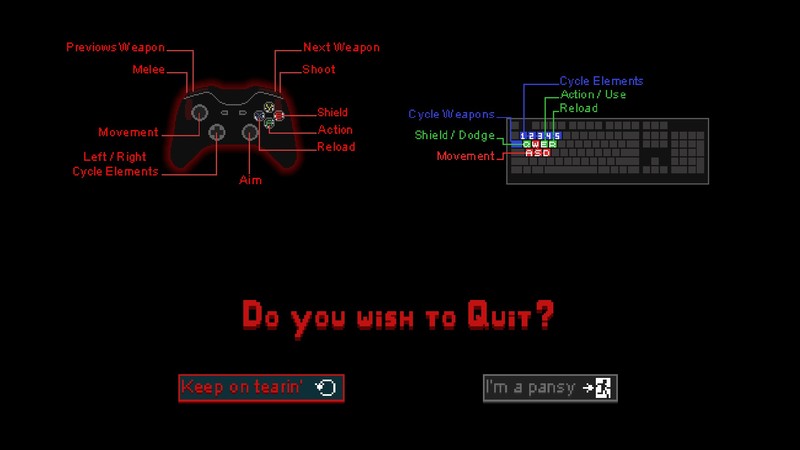 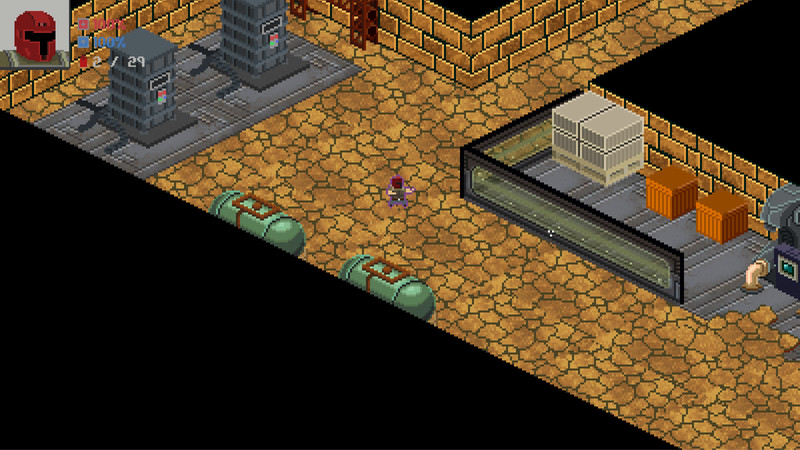 
Filled with tons of unique enemies, creepy locations and memorable dialogue, Rising was a blast to play from start to finish. What struck me most was the unique mechanic that allowed players to, through carefully timed manuvers, cause enemies to aggro each other instead of the player; Not only did this make the game a surprisingly strategic experience, it also prevented the dull "avoid and shoot" situations other Rogue-Likes too often devolve into. At merely 4$, this game is an aboslute steal and I would recommend it to anyone looking for a fresh and exciting experience!. I want to really like this game but unfortunately its gameplay feels incredibly inconsequential. When you can easily just run past most enemies and combat encounters, instead opting to just dodge out of the way of huge enemy swarms only for them to hit and attack one another (ala old Doom, i.e. when an enemy's attack hits another enemy on accident, they fight each other until one of them is dead) while you breeze by toward the next computer to unlock a door or the exit itself, it makes the game feel rather pointless. The music and pixel art isn't bad by any means, and there are a variety of enemies you encounter, but the base gameplay feels pretty bland with very inaccurate and unamusing guns and sword swings at your disposal. You're also given a dodge roll, but you're almost better off just trying to utilize the regular run and go around the enemy's attack range since using the dodge causes your character to temporarily stop. Reloading your guns also causes your character to stop dead in his tracks, allowing enemies to close the distance.

While this makes for some tension, most all of it is robbed when you realize you're better off just running around the enemies and avoiding the combat altogether. If the combat had some kind of reward system beyond the enemies dropping health or ammo (neither of which you will be expending much of if you just run around them..) such as a monetary or credit system to buy upgrades with then maybe the gameplay would be more complex or rewarding.

As-is it's a pretty average game with the benefit of an 8-bit aesthetic if you're into that retro \/ genre look, which I am hence being interested in this game from the start, but for me the gameplay is pretty lame and lacks much incentive to bother with.. Fix X One controller support and I'm happy to give it two thumbs up.

Honorific Commanders,
A bunch of brand new content is coming on stage soon. Let us have a preview of new features of coming update :D

1. New Hero - Wild Heart
Wild Heart is the hero of Frostfyre. Players can recruit him by gold coins. 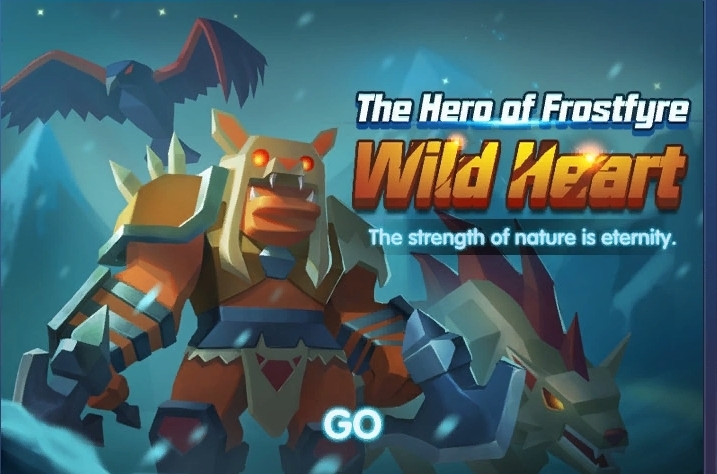 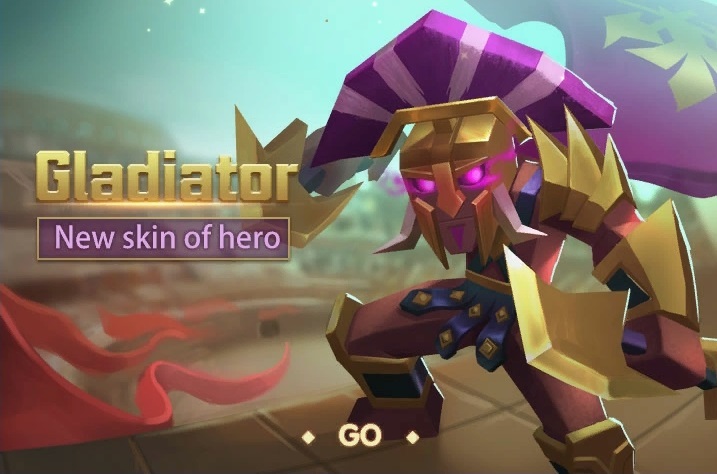 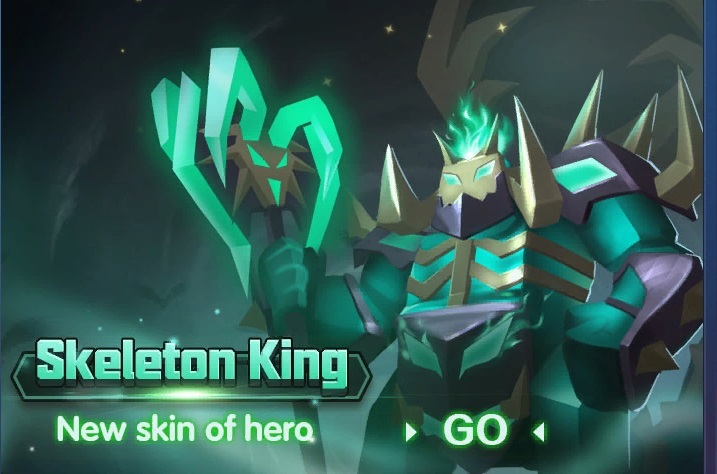 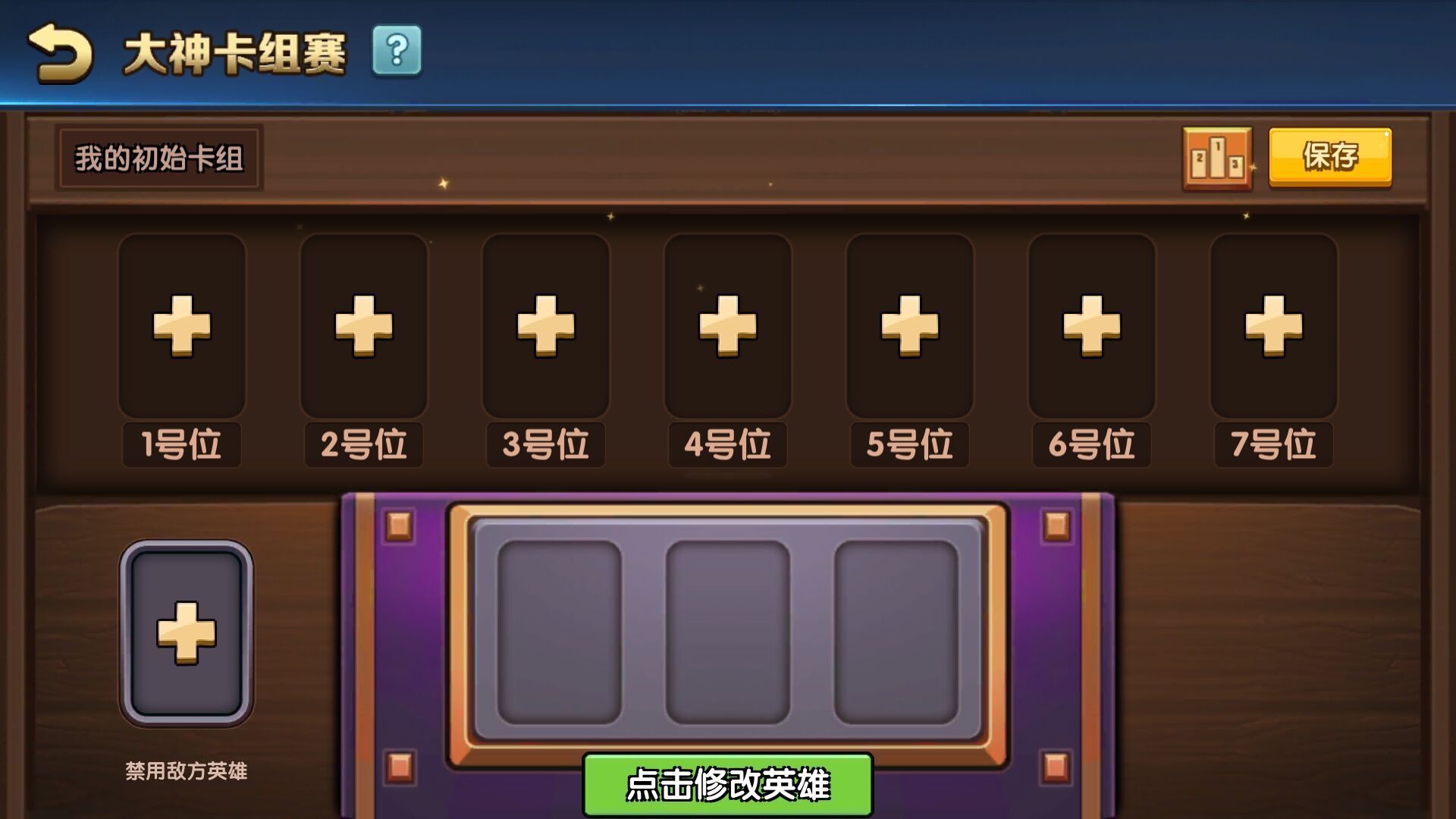 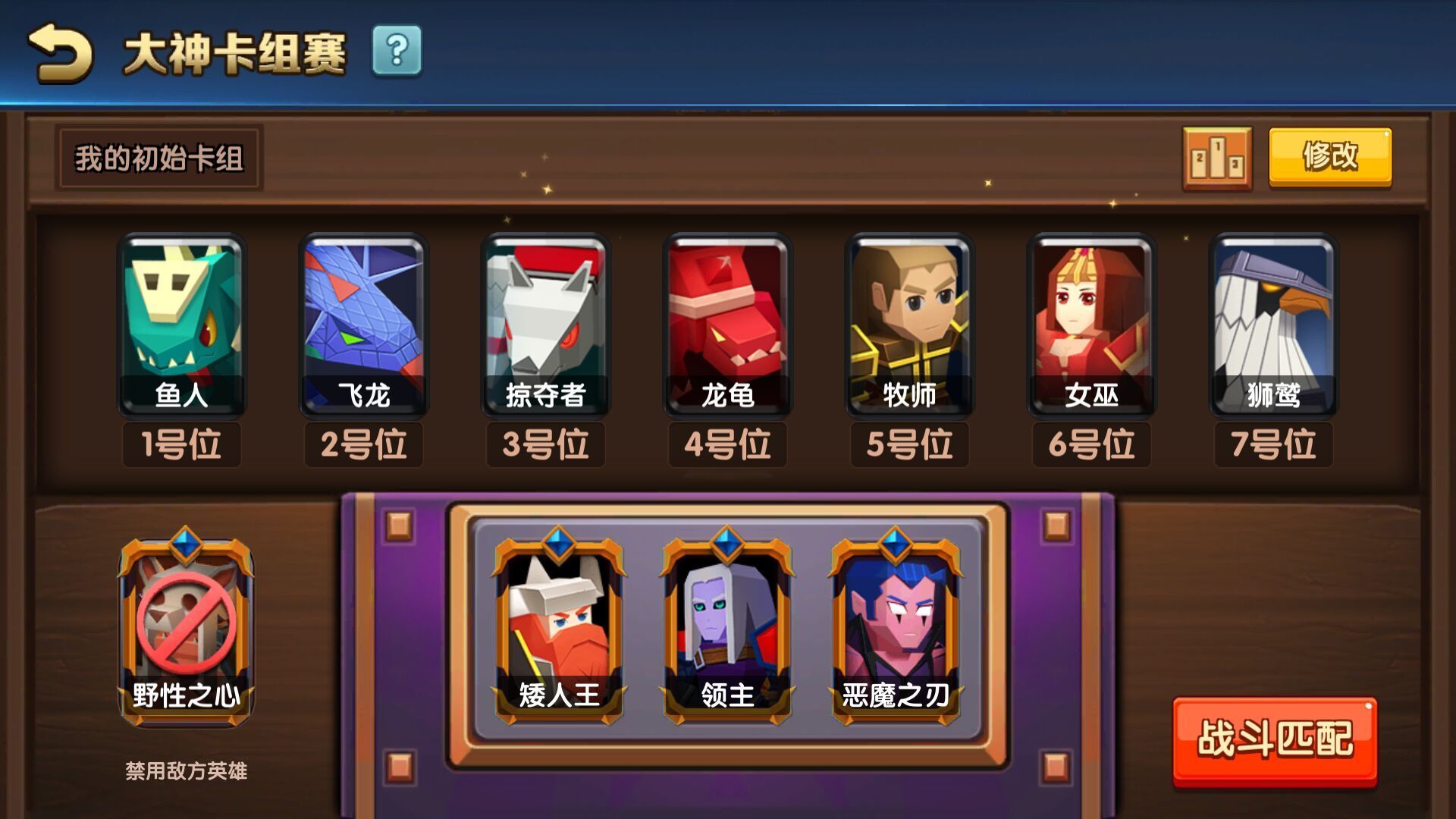 Do you like it? Do you want to say something to the project team? Feel free to leave your message and I will forward your words to them :). Guild League Version - New Major Upgrade Release！:
Hello honorable commanders,

A major upgrade of Battle Brawlers has been released. New gameplay "Guild League" got online grandly! 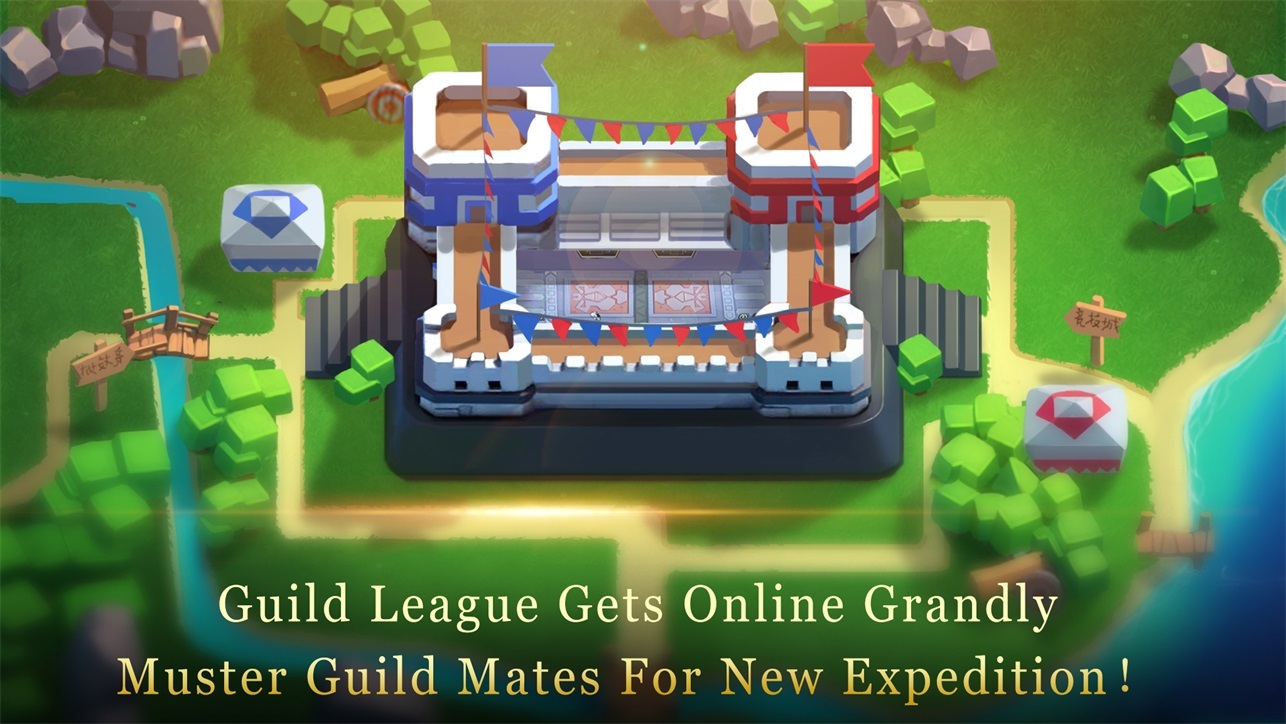 All guilds can register for Guild League. After the Preliminary period, the top 200 guilds are qualified to enter the Semi-Finals. During the cruel battles of Semi-Finals most guilds will get knocked out and only 24 guilds have the honor of entering the Final Time. The last guild standing will be honored with title "The Strongest Guild" of the month and guild members will receive generous awards!

All guilds in ranking list will receive certain awards. Members of top 3 guilds get an extra award "Guild League Frame" which shows the glory of Guild League Winners. 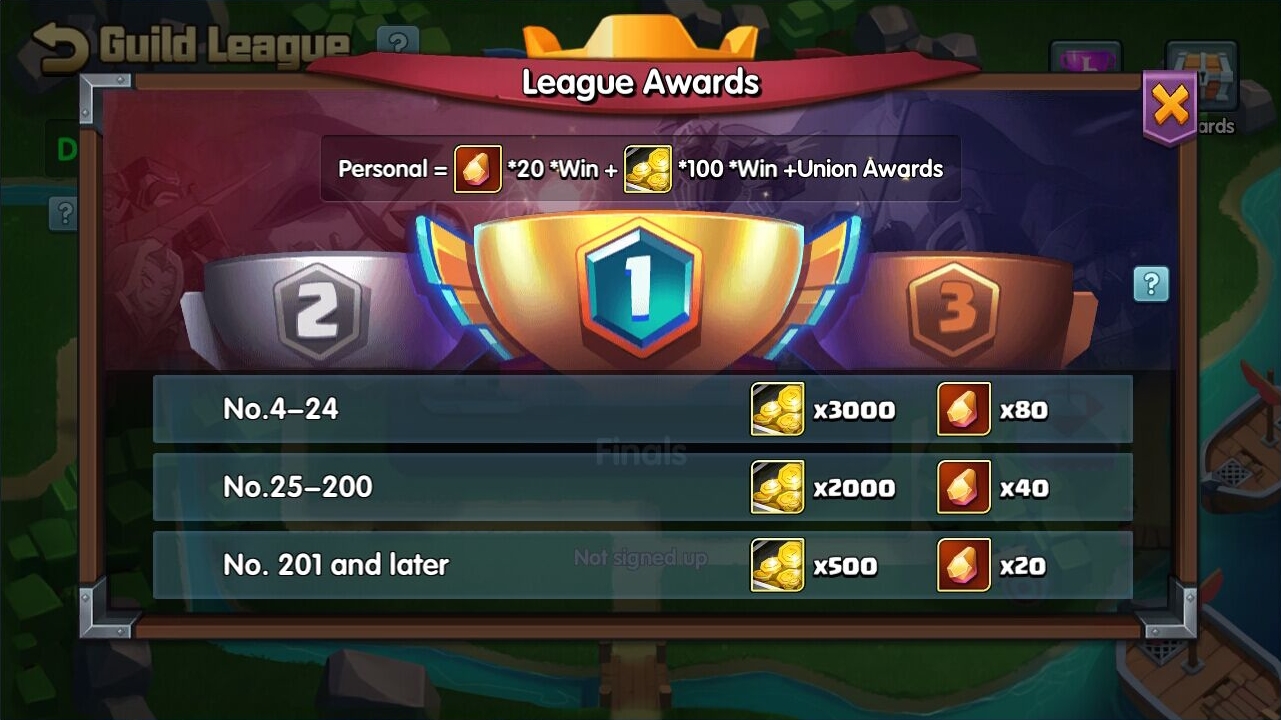 1.New Skin - DeathLight
New skin for hero Thane-DeathLight. I will shine in darkness! 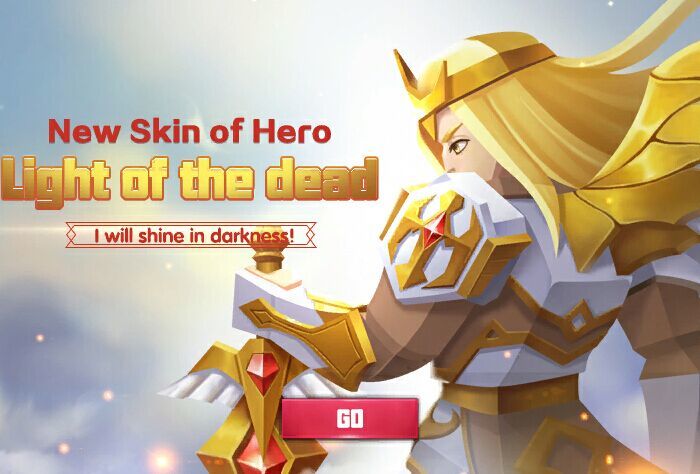 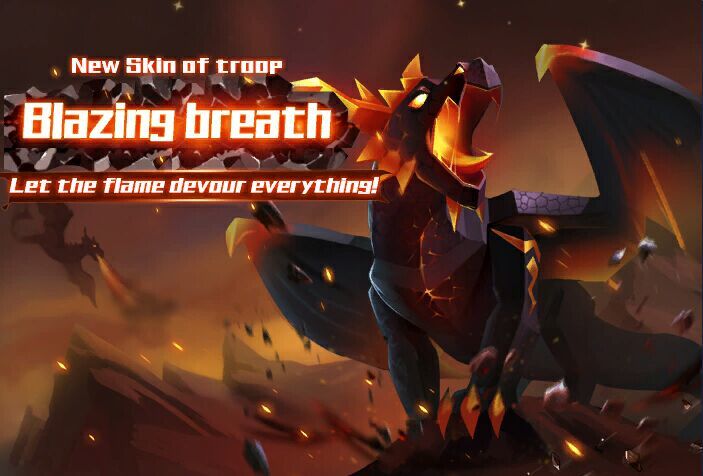 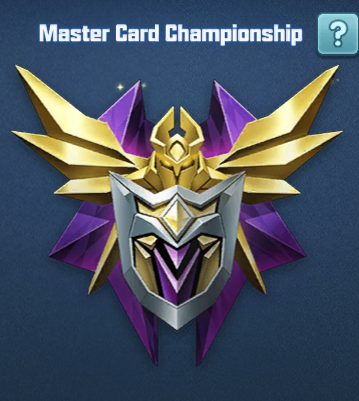 To provide better experience of gameplay, we keep up adjusting the mechanics of Master Card Championship:

Some new skin of heroes and new game events have come along with this update. Let us have a brief view of new content :D. Jan. 24 Maintenance Notice:
Honoric Commanders :

New hero -General.Dare to fight with me!The most Chinese new hero is coming!

[The ninth race <Secret Land of Mountains and Seas>]

The new race <Secret Land of Mountains and Seas> debut! The first unit:

Beast of trouble. Secret Beasts from the Mysterious East!

Open limit: All the eighth races and heroes need to be turned on!

1. The rune level limit is raised to level 6!

2. The number of mall rune packs is not increased, and the number of heroes, arms, and elite runes can be greatly increased!

3. Season ranking rewards, the number of runes has increased significantly!

4. The reward of the stone in the season treasure box doubled!

5. Add a new stone in the mall to win the treasure!

Starting from February 4th, there will be 8 new spring events in 2019, and the specific content will be announced in the game activities on February 2, so look forward to it!


1. The cooldown of Medusa/Ancient Medusa-Skill (Fork Lightning) was adjusted from 27/18 seconds to 24/15 seconds.