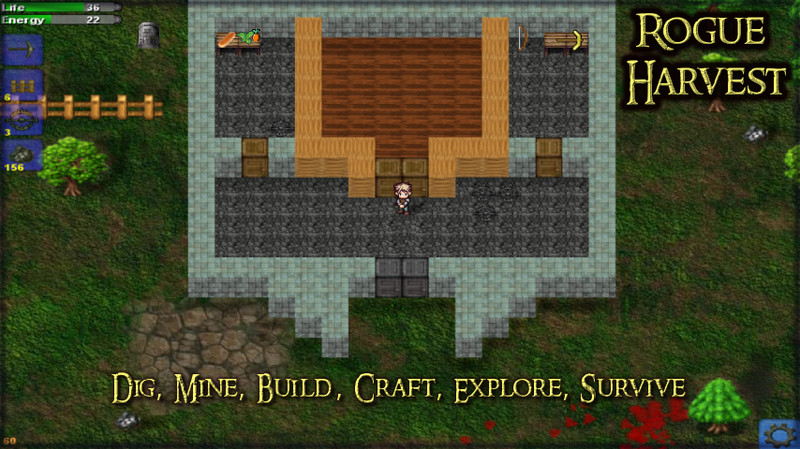 - Explore a massive procedurally generated world
- Chop down trees, mine stone, dig up the earth, farm and harvest crops
- Fight off enemies from small foes to large bosses
- Simple & Fun game mechanics
- Craft and build the world around you
- Advance your skills & abilities - level up naturally
- Survive the elements & the beasts that roam the land scape
- Full day and night cycle
- Plant seeds and build a farm, but watch out for the bunnies...
- Perma-death with incentives and value in each playthrough

The entire world is procedurally generated and will keep you surprised through out your adventure - every playthrough is unique.

New Content & Features will continually be added to Rogue Harvest - your feedback will help shape the game!

Feel free to send an email with any questions or feedback to: g3n3t1xstudio@gmail.com 1075eedd30 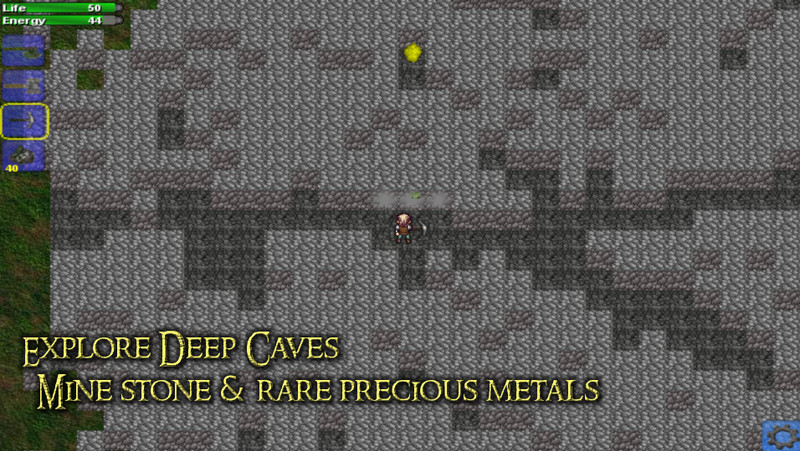 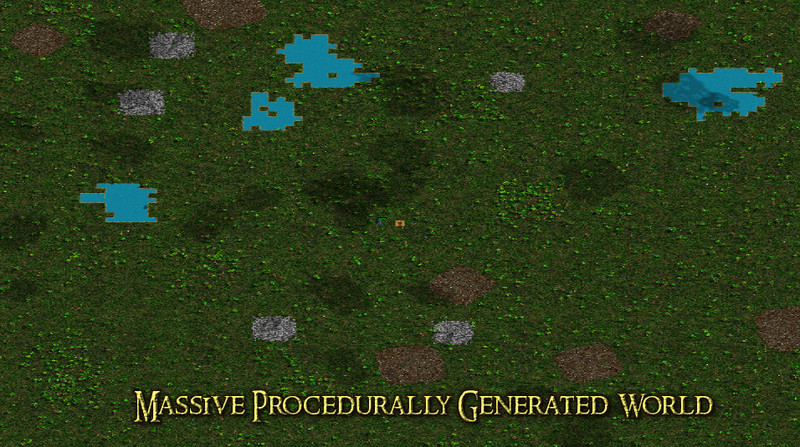 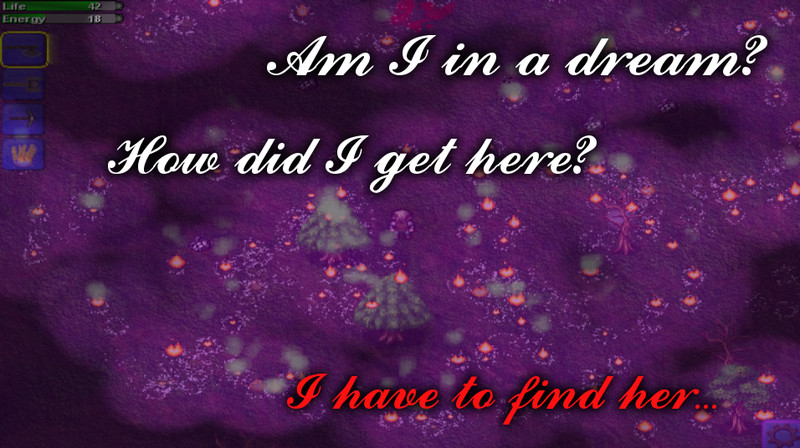 
Great little game to play. little odd here and there and it gets harder the longer you stay alive so you got to build up them walls to keep the enimy out.. Having played it for an hour, it just feels, bland.
Combat is bland, and most of the enemies just rush forward at you, with little in difference for their 'attacks'.

There is a lot of lag moving from screen to screen, which seemed to be the only reason why I was taking damage.

Crafting system is okay, though s rather basic compared to other games in this genre.

With the game as it is, I can't recommend it. It's not bad per sei, it just has nothing going for it that sets it above any other game in this genre.. I played 15 minutes of this game which was enough to see this game for what it was: a mix of Terraria and Stardew Valley except absolutely all the good bits have been taken out.

Add to that the fact that it doesn't load when I click "Load game", it doesn't close when I click "Close" (running in the background, cheeky cheeky!) and has no options to change the graphics except for Vsync On\/Off and Full\/Windowed mode...the choice is clear - avoid.

Honestly, I cannot understand how a game that is half the cost of another - better - similar version can't have at least half the content.. What i said in my refund request:
Complete utter cashgrab, its been in early access for nearly 2 years and there is barely enough (broken) content to play 15 minutes.

Absolute trash, id pay NOT to play it.. The developer left this game. I payed for it because he was on an interesting path, but they moved on.. Review Update:
The game has died as it stands. I have stood by the developer for a long time believing this wouldn't be the case and I feel like a traitor for changing my review but Here is where it stands.

The old review has been left for the current released aspects of the game, editted to remove the comments about changes that were promised and never came through.
The game IS fun as it stands but it isn't complete and likely never will be.

This game is amazing. It is a beautiful work of art

It IS a perma-death game. This will put some of you off so if that sort of thing does not suit you then this game is not for you

Now that\\'s not to say it is perfect. There are some bugs still as it is early developement and as a permadeath game one small screw up can easily undo hours of hard work and it is extremely unforgiving if you don\\'t pay attention to the instructions or at least glance at the guide.
Got the game full price, got the game for my wife full price, soon to get it for more family full price. Worth it to me bugs and all.. Awesome game and instant classic needs work but worth the wait.. The game is going good, but what im confused about is the story that going on in the beginning and then you start in a hut ( I see a plane and then later on you hear a plane crashing?? ) I think its good just need some bug fixes and story fix. Clunky controls? Clunky controls.
I tried to get into it, and i still intend to, but as of now i just cant get around the fact that the diagonal movements barely work. At best, diagnal is a slight incline\/decline. Very awkard to move in other areas as well. Hopefully there will be a control update to help. I still wanna play