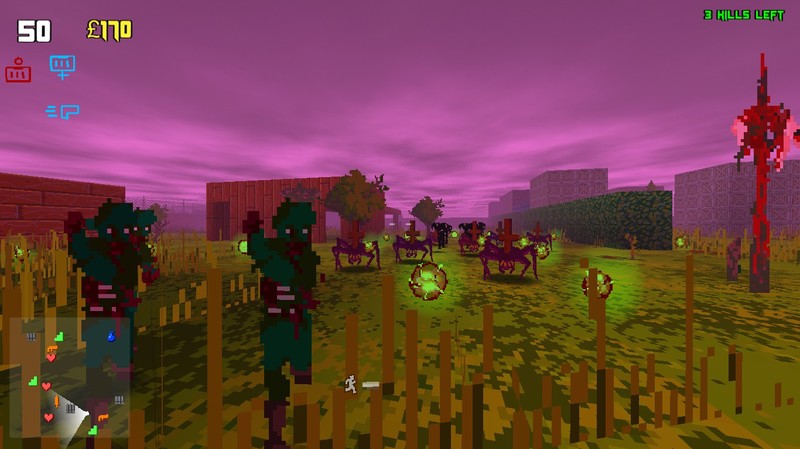 .. progress through the 6 stages of hell, outrunning death himself and collecting various weaponry and items to survive. Between stages choose blessings and curses to form your playstyle and adapt to each semi-random run. Survive and unlock new skill skulls to ramp up the challenge in the way you choose. Still Not Dead combines frantic action with tactical choice and unique mechanics not seen anywhere else in the genre. Its fast and easy to jump in and start shredding hordes - with depth and variation that reveals itself the deeper into the experience you go. What are you waiting for? Grab your shotgun, axe, barbwire, and prove that you're STILL. NOT. DEAD. 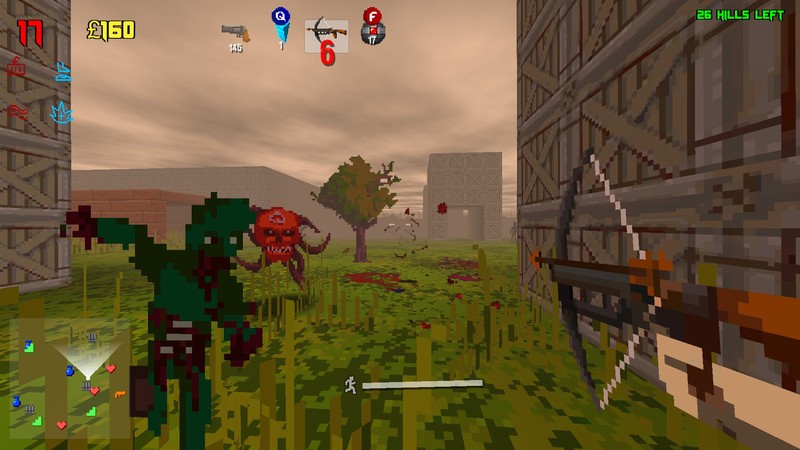 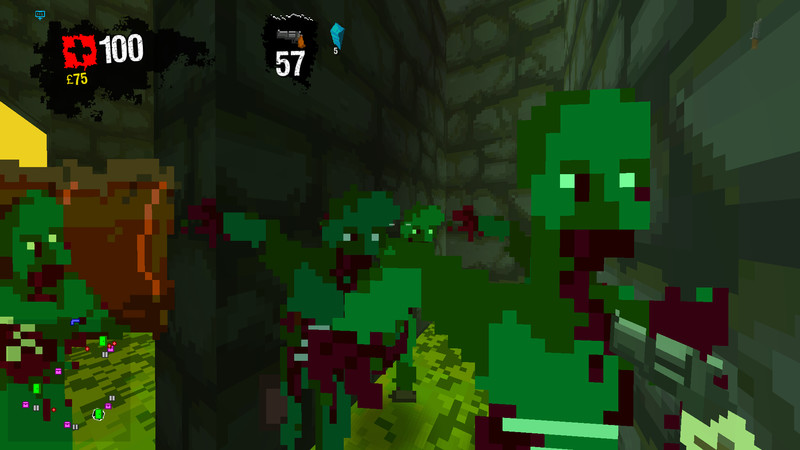 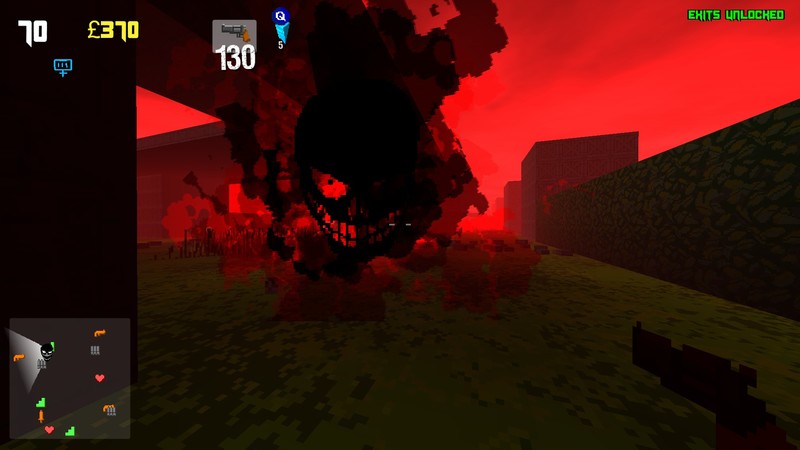 
Honestly?
I wrote it up to be some lame doomclone looking at the screenshots on the storepage. But upon reading the reviews, it sounded promising.
And holy hell I couldn't have been more wrong about it. I was pleasently surprised to find myself absorbed into the game, running around trying to figure out which side of the building held what I was after, whether that be a bit of food or a gun. Learning the black things exploded into fireballs, and that the floating skulls are♥♥♥♥♥♥♥ Upon my first two runs I hopped on over to my friend (whom got me to dabble in Delver and Enter The Gungeon, and to which they noted it looked like a child of both games) and reccommnded it.
I was crafting badges for 7 Days To Die when I recieved a coupon for it, one of those 75% off ones, and from my experince every coupon I've gotten was for the strangest, most lackluster games.
But this little gem has so much potential, and hell I wish I bought it for the full price I enjoy it so much.

And to the Dev.
Thank you, I mean it, for following this idea.

(The time would be much higher but due to my hotspot being the lamest thing on earth I've been playing offline). if you loved older games like Doom and Quake, this is definitely up there, however of course, I'm growing exceedingly tired of the "it's indy so i'm only springing for 1988 graphics of atari quality" bandwagon. I mean it's all gotten really obvious and quite transparent. Retro is one thing, lazyiness and excuses is another. This game is great, the graphics are horrible. same goes for most of these good idea but we'll just do atari graphics, call it pixel and retro, and never have to improve it, Yawn. But as I said, the game itself, it's ideas, mechanics ect are enjoyable. The graphics though really distract from the game (and others like it) and are a total eyesore.
EDIT : not meaning to jump on this game too harsly, it's just the whole "retro" genre. This game at least gives you fun WITH the old graphics..lol. Really fun! Could use more content (lacking a little on blessings and curses) , but it's an awesome game to play with a podcast or something running in the background and I really want to see more updates for this game. Saw this game showcased on Jim Sterling's YT channel. Glad I bought it becase it's fun as hell! When it comes to the blessings and curses, there's a lot more you could do but all in all it's a great game. And it's powered by Unity. This game is one of few that really showcase the good side of Unity.. I saw Jim Sterling play this game and decided to buy it. It is a fun little game with a lot of potential. I like the weapon selection, the blessing/curse mechanic, and the soundtrack (although a little repetitive right now). The death chase in the end of each stage is also a nice idea (reminds me of Descent somehow). Looking forward to future updates and eventually the full game, which hopefully will have more content and variation. Some sort of narrative would not be bad either.