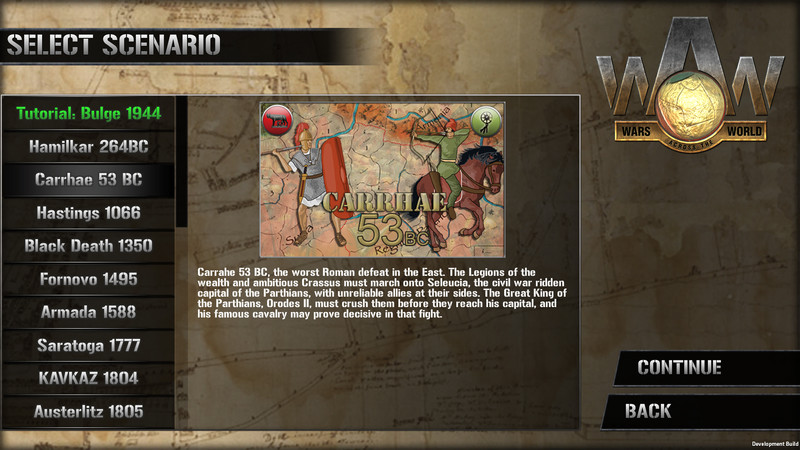 Carrhae 53 BC, the worst Roman defeat in the East.

The Legions of the wealth and ambitious Crassus must march onto Seleucia, the civil war ridden capital of the Parthians, with unreliable allies at their sides.

The Great King of the Parthians, Orodes II, must crush them before they reach his capital, and his famous cavalry may prove decisive in that fight.

Carrahe 53 BC lasts 12 turns each representing about 1 month, between September 54 and August 53 BC. It sets the Romans against the Parthians, in the East.

- The two sides have different forces, with the Roman counting on their powerful Legions and the support of Syrian auxiliaries and Armenian allies.
- The Parthians are less numerous but almost all of their army is made of experimented horsemen.

The game event cards allow full replay ability thanks to the numerous various situations that their create on the diplomatic, military, political or economical fields. 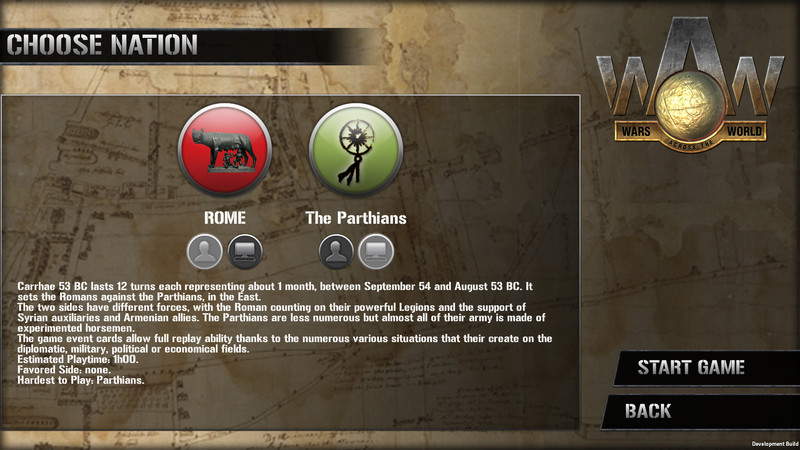 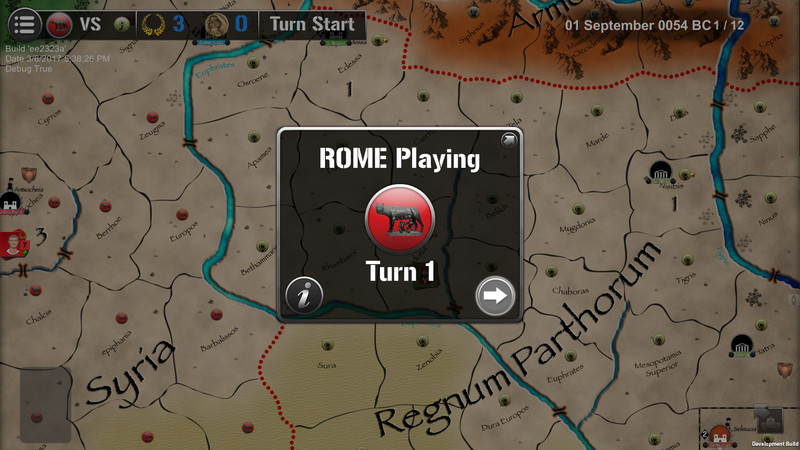 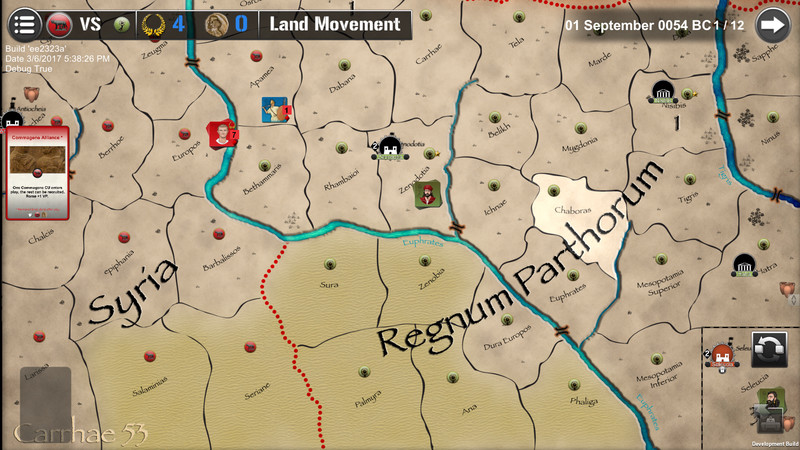