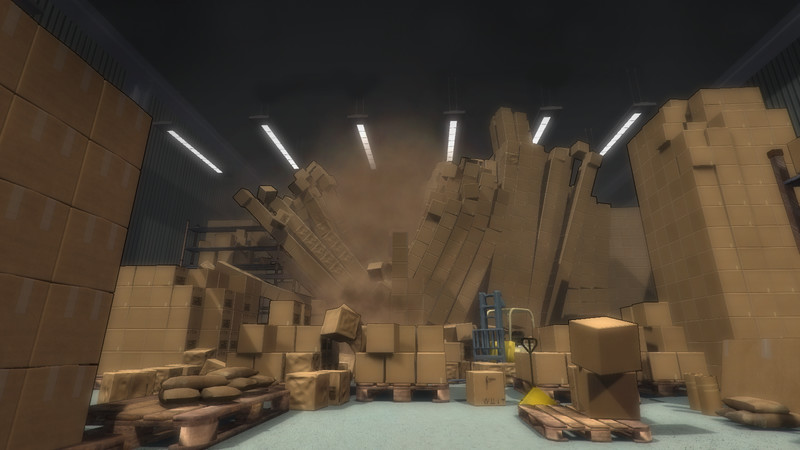 It was another night shift at your job in a warehouse, when a madman with a box on his head, took control over the complex. Now you are under his control, to get out of here you have to solve his wicked riddles and smash through his weird cardboard structures by using anything you find in the boxes...

Cartonfall is a dynamic first-person puzzle game, based on complex physics simulation. 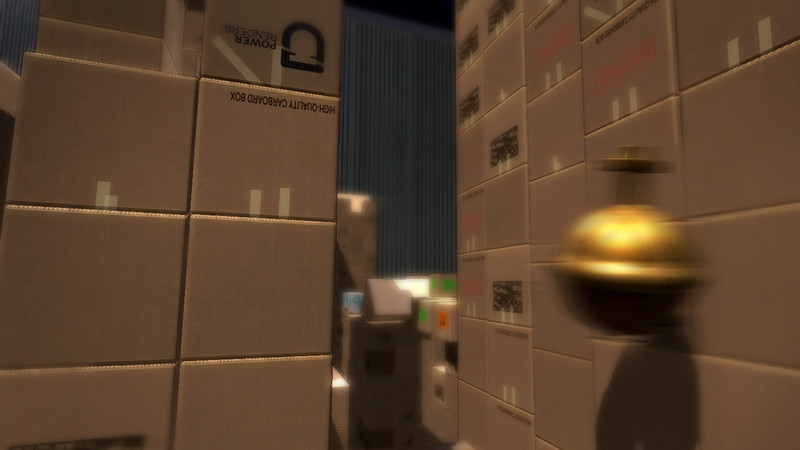 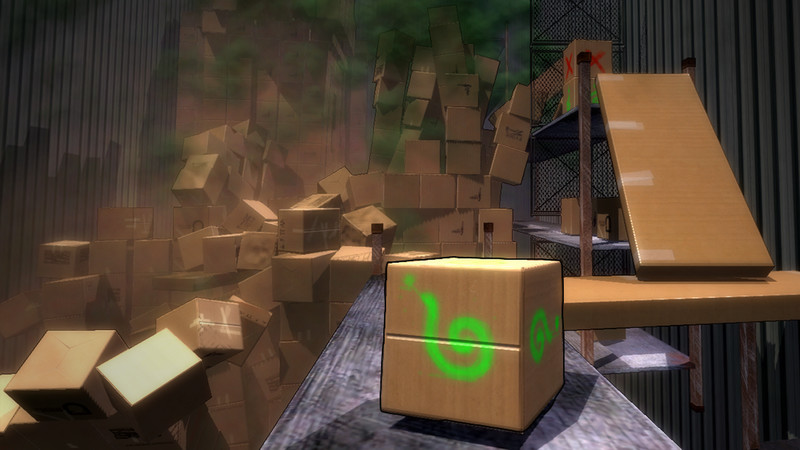 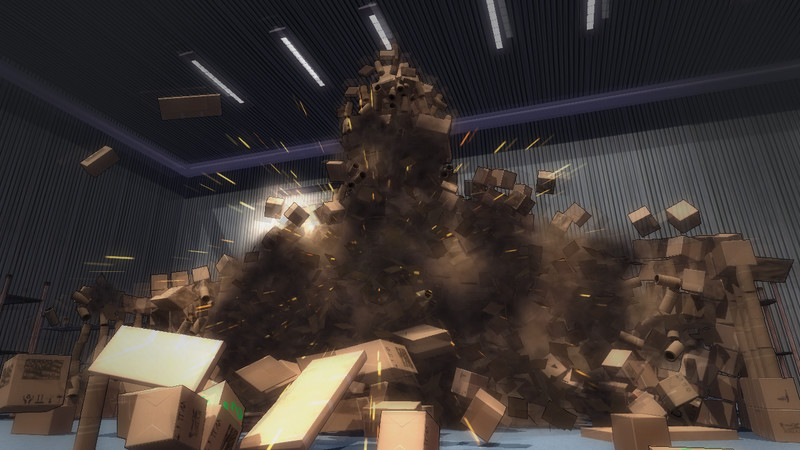 The Game Itself? <\/u><\/b>
Pretty good. Rarely did I find any glitches or bugs.
Difficulty is pretty good, though the game does get BLOODY hard in some puzzles (I'm looking at you, Battlefield)
Well-designed puzzles that are interesting, unique, and just downright fun (Pinball machine, sneaking mission, etc...)
Puzzles actually require thinking and effort to finish, which is nice to see.
The puzzles and gameplay are pretty good, I'd say!

The Story? (Concept, Storybuilding, Execution)<\/u><\/b>
I actually really liked the story. It's an interesting concept that draws the players in.
However, there are some flaws that I must acknowledge.

Let's start with the Story and Worldbuilding.
In games like Portal and Fallout, there usually hints or clues to tell the player what happened in a certain place.
Ex. A handprint and writing on a wall in an usually empty or abandoned place, to tell that someone has been here before.
Ex. A previous location you return to, once filled with enemies trying to kill you, now devoid of life. Maybe a more powerful, dangerous predator came through this area recently?

There definitely are stuff like this in Cartonfall, it's just... there's simply NOT ENOUGH OF IT. Lack of enviornmental storytelling and detail could leave the player feeling jarred and confused, which leads to my next point.

The dialouge.
In Portal, when you start and complete a stage, the computer usually has something to say.
In Cartonfall, when you complete a level, there's nothing. The box psycho does not speak.

I would've appreciated more dialouge from the box man at certain parts, especially when ending a level. Because it feels jarring when the box man is happy in one room and violent in the next. There has to be an in-between dialouge, to tell the player what's going on.
Even simple things like, "Hey, you're pretty good!" or, "Aw, you're ruining my fun!" would've added to the box man's character, and could've given the player more insight into the box man's personality.

Also, I would've greatly appreciated if the box man responded to things we did in the puzzles more, such as finding an art gallery or a secret room. It would also help with the immersion.

Maybe I've been spoiled, but after playing Portal and The Stanley Parable, I expected the box man to say something when I found a secret.

Instead, he just said nothing at all.

This leads to a problem this creates: I feel that the box man either is not watching us all the time, or that he just doesn't give a crap half the time.
It's as if he gave a morning announcement and just left for recess, when he's supposed to be monitoring a class!

I want to feel as if the box man is WATCHING me. All the time. Studying my every move.
But here, I feel he just walks up and leaves before we even finish the puzzle.

Those are just my two cents.

Conclusion <\/u><\/b>
Overall, it's a pretty solid game.
Rarely has bugs or glitches, and the difficulty curve is well-balanced with a few flaws.
Excellent level and puzzle design. Makes people think carefully and act with effort, which is good for a game like this.
Story is interesting and somewhat engaging, but good nonetheless.
And most importantly, it makes the player feel like they're having fun! (MOST IMPORTANT!!!)

Gameplay: 8\/10
Puzzle Design: 9\/10
Story: 7\/10
Can be a bit jarring at times due to a lack of crucial dialouge pieces or enviornmental worldbuilding, but otherwise good.

Overall: 8\/10
Solid. Very good game. Could use some polish in certain areas, but otherwise a great game.
Oh, and boxes.

To the developers, I want to thank them for giving me one of the best gaming expieriences I've had in a while.
And to think this all started when I saw GTLive playing this.

Watch new Launch Trailer: http://www.youtube.com/watch?v=yjvd7Yz9oYg. Game delayed:
We are happy that so many people are interested in our game, that's why we have decided to expand the project. We are adding an extra content, new levels and weapons. It will take us some time, that's why we've decided to delay the release of the game for a few months.

Cartonfall release is planned for January 2019.. New weapon - Antigravity Grenade:
We are introducing a new weapon which will be available in Cartonfall Game.

Antigravity Grenade makes all nearby objects float in the air, it could be used for creating a flying bridges.

Watch video here:
http://www.youtube.com/watch?v=5eGP7phZVYM
What do you think?