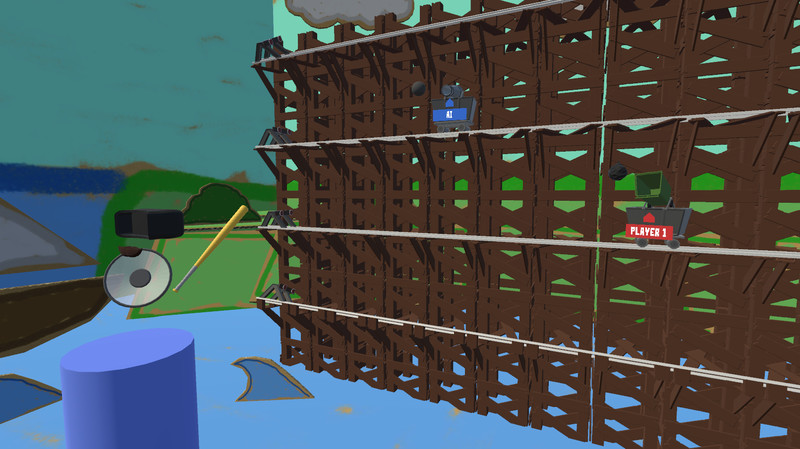 Podium Bash is an extremely fun local multiplayer VR game! In the standard gamemode one player in VR stands atop a podium armed with a bat and shield tasked with staying on top for as long as they can. Up to four players using controllers are tasked with knocking the VR player off the podium by shooting cannons at the VR player.

In the Standard Reverse gamemode the VR player is stood on top of a podium with a mounted turret and has 90 seconds to destroy all of the carts targets. There can be between 1 and 4 carts controlled by either human players or AI; The carts have to move around and avoid having there targets destroyed by the VR player. If they can last 90 seconds without all there targets being destroy they win, if not the VR player wins!

In the Cannon Practice gamemode between one and four players take control of cannons and have to get as many points as they can in 90 seconds. To get points you have to shoots and successfully hit targets with targets further away being worth more points. This gamemode is not intended to be played with a VR player as it is design to help cannon players hone their skills.

In the Bat Practice gamemode there is only the VR player and a single AI cannon that auto fires balls at them. The VR player uses there bat to hit the ball back into targets around the level to score as many points as they can in 90 seconds. This gamemode is not intended to be played with non VR players as it is designed to help the VR player hone their batting skills. 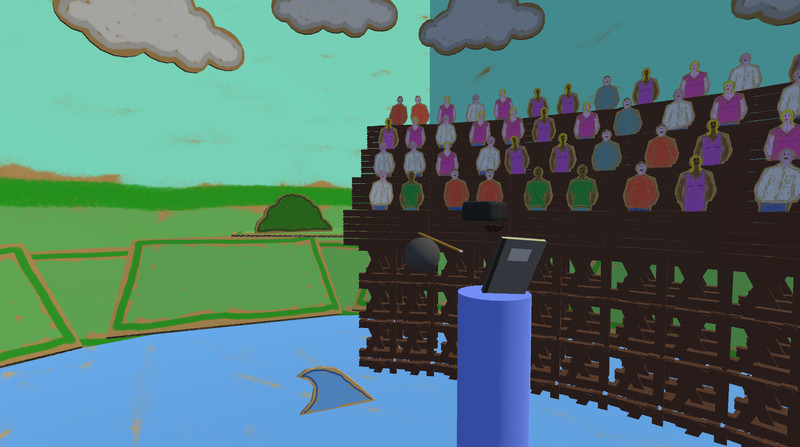 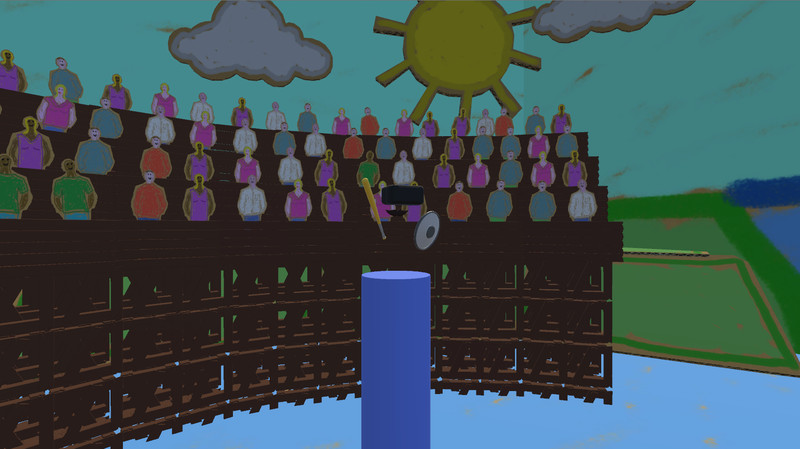 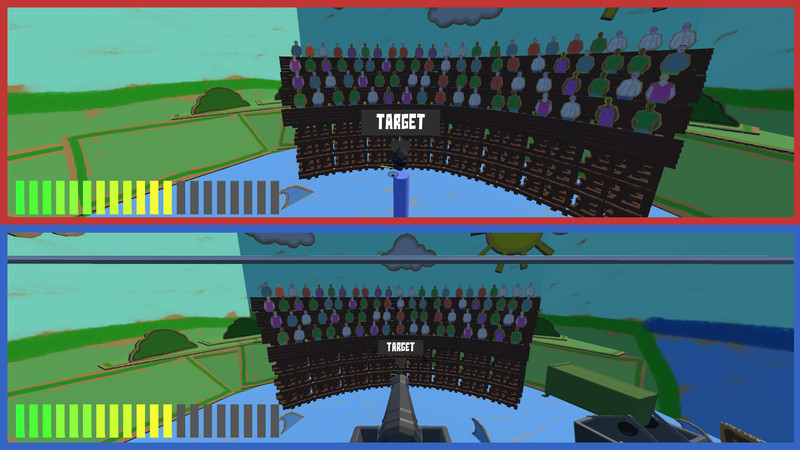