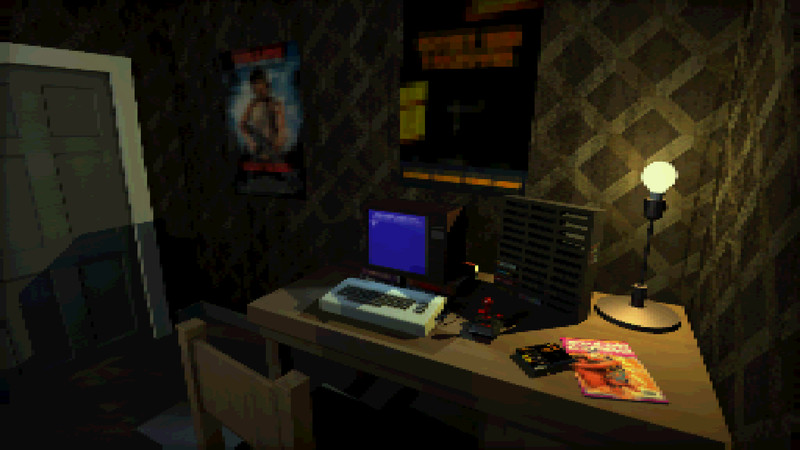 A Soviet Submarine has been intercepted in the North Pacific, 140 nautical miles west of Los Angeles. It's unknown if the vessel is armed with Nuclear Weapons. The Soviet minister for foreign affairs insists that the Submarine is in international waters and therefore has no obligation to abandon it's routine training exercises.

Seemingly trapped in a nightmarish reality of ever changing worlds and environments it's up to you to figure out exactly what has happened on board the stricken submarine and to ultimately save the world from a nuclear catastrophe.

First Winter is a terrifying first person horror set in 1982 during the cold war with a highly distinctive retro style.

Although your progress is saved frequently throughout the game it is intended that you complete First Winter in one sitting. It is also recommended that you use a pair of headphones rather than speakers.

In June 2017 Dan Sanderson published a micro horror game called Pacific which, to his surprise, was picked up and praised by popular horror YouTubers such as MrKravin, Markiplier, John Wolfe, GirlGamerGab and RaedwulfGamer. Enthused by over 1.5 Million views and featured in Waypoint Vice and IGN's "12 Awesome Games you might've missed", First Winter was born. First Winter is the full length remake version of Pacific.

Despite the option to 'disable flashing images' I can not guarantee that this will make it safe for persons with epilepsy. 6d5b4406ea 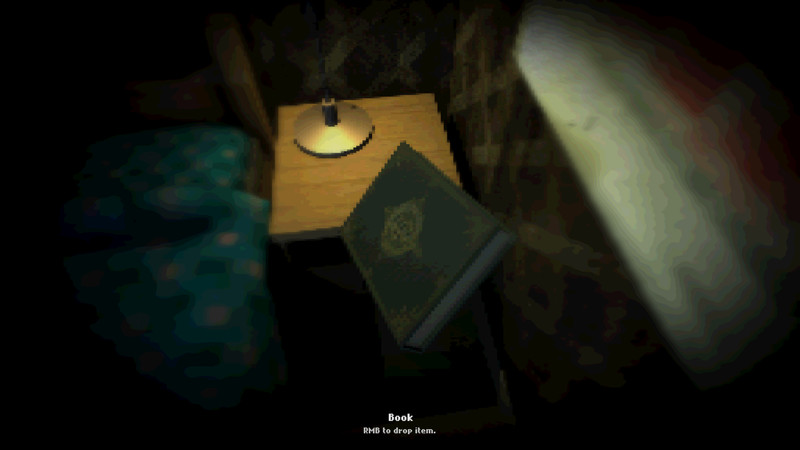 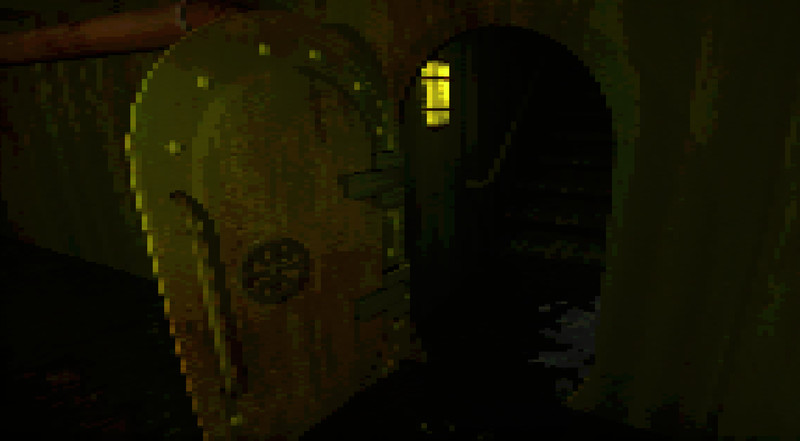 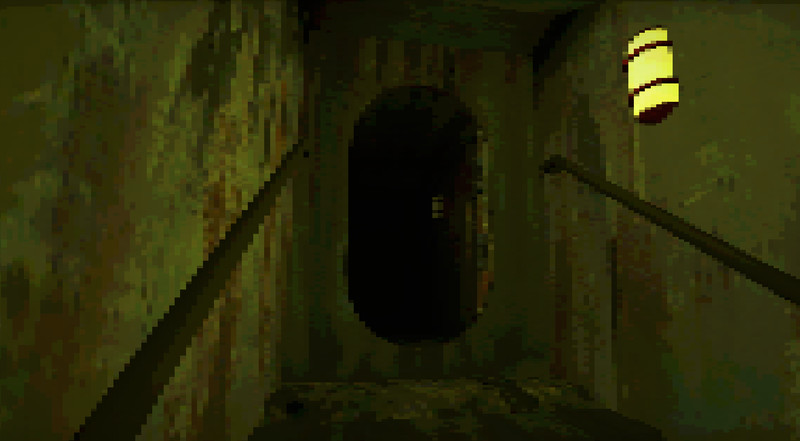 
Yeah, well, it's....let's say it's encouraging, developper has potential.
The game itself is short doesn't have replayability but it's a rather good experience for the price.
I appreciate the effort put into it, in the story, setting, mood, sound design and old-school look.
All the best for the future =). tl;dr: A++++++ would First Winter again!<\/b>

First Winter is a great experience! Really neat and interesting visuals and a very well-paced, focused, and surprisingly impactful narrative.

The game isn't super long, maybe 30-40 minutes on first playthrough. There are multiple endings though we've only gotten one and are keen to go back and look for others. Would imagine that replayability isn't SUPER high, but the experience was worth every penny. Thoroughly enjoyed!

Our playthrough (gameplay + commentary): https:\/\/youtu.be\/HePVWwmQtkQ<\/a>. A neat little walking simulator. Nothing too mind blowing or groundbreaking, but it's a fun creepy jaunt. For picking it for $2 during the summer sale, I felt completely satisfied with it.

Also, the secret to unlocking the good ending is one of the coolest things i've ever seen. I'm not sure if something like this has ever been done before. Check out ManlyBadassHero's video on it. Kudos to NaturalFlirtGamer for bringing this to my attention.. A short but sweet remake of Pacific. It won't last you very long, but it's a fun experience while it lasts. Take note of little details in the environment if you want to see multiple endings.

www.youtube.com\/watch?v=dYeat3RwpDs\" target=\"_blank\" rel=\"noreferrer\" id=\"dynamiclink_1\">https:\/\/www.youtube.com\/watch?v=dYeat3RwpDs<\/a>. I thought this was a great horror game that didn't take the jump scares too far, relying more on atmosphere and a sense of mystery to create an enjoyable, balanced experience. It takes about half an hour to finish, and I found that to be a good length for this particular game, especially considering the low price.. Actually an interesting game and kinda spooky with the noises and pretty cheap price. Was staticy sometimes but it might have been on my end. There is some story and spooks and I had fun playing it and will play more. Never played the first version of this but I am liking the remake.

As always you can judge for yourself if you want it or not here is a video of me playing about 15 mins of the game
https:\/\/youtu.be\/fN3YJG6WTwQ<\/a>. This game gets a 10\/10 for me simply for being the first game where I legitimately didn't want to turn around to see whatever was behind me. It's super rare for a game to creep me out that badly, but First Winter did just that and then some. Plus, there was a good amount of 80s nostalgia with the movie posters, music, and commodore 64 (!), which also is an instant thumbs up in my book. The visuals are really unique and the sound design is fantastic -- if you haven't played the original game, Pacific, I'd highly recommend checking that out as well.

Overall, Dan Sanderson ended up making one of the best indie games I've played this year by far, and possibly one of my favorite horror games I've ever played.. Although it is a great concept (the styling is fantastic, and really creates a great atmosphere), i'm still kind of lost as to what the story is. If it is what I think it is from face value, its a bit too obvious and therefore I felt that come the end it was very much what I expected.

Let me express my thanks that you have kindly commented on my review. I can see that you are particularly active across the discussions of the game and the reviews, so I wanted to express my opinion further rather than quite the short review that I had left.

Personally I did not see the mutineer or "Something has taken over" side of the story, rather my interpretation was of a person suffering from a mental breakdown from a tragedy. For example, the bodies that lay under the sheets I thought may have been the body of his comrades or of civilians who suffered at the consequence of your actions (or the actions of the crew). This lead me to believe it could be a story about reliving your traumatic experiences and suffering PTSD. A completely different take I imagine to the one you envisaged, but I think a legitimately plausible scenario!

I loved the look of the game, and the atmosphere it seemed to portray, so I stopped 2 minutes in and without looking at the description i dove in. I don't often like reading the description or seeing the revealing trailers of a game because these days it seems to reveal too much, and I like to figure it out for myself (pretty poorly it seems! xD ).

I realise now that my negative review was in haste, and with all factors considered I have changed my review to a positive one.

I would encourage others to play this game - for its low price point but engaging and frankly fantastic atmosphere, I do recommend it :)

Thank you Dan for taking the time to read your reviews, and I hope that with the knowledge and experienced gained through making this title, you are able to continue your good work so we may enjoy it in the future.. Great atmosphere and unique aesthetic! The game is rather short at roughly 45 minutes in length, so it's perfect if you value your time.. Really rad game. Only 50% through the game and been playing for about an hour, it's absolutely terrifying. Can't wait to finish the game through the end and possibly play it again. I literally have no idea what will happen next, and it is\u2665\u2665\u2665\u2665\u2665\u2665your-pants worthy. I wish I had been filming myself playing and screenrecording because it would have made one funny\u2665\u2665\u2665\u2665\u2665reactions video. Major kudos to the creator(s) and developers for making such a \u2665\u2665\u2665\u2665in awesome and terrifying indie horror game. Highly recommend.