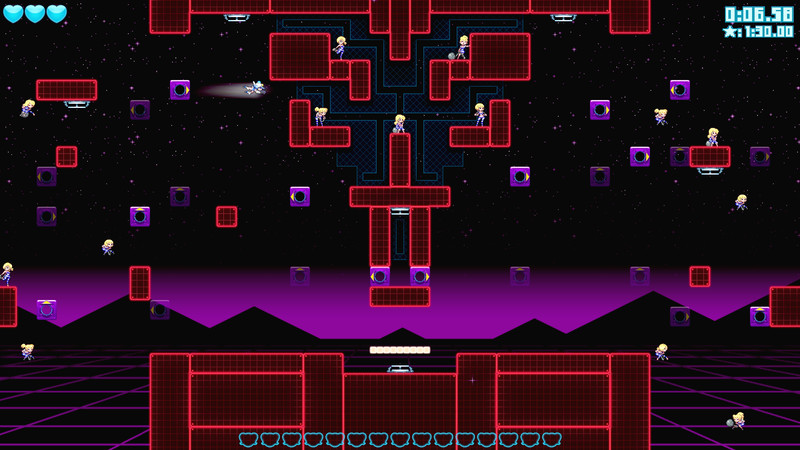 Its training day for new recruits at Planet Land Police Academy, and no one is more eager to earn their badge than Patricia Wagon. But when her training module goes haywire, Patty finds herself at the mercy of holographic endurance courses-gone-wrong! These deviously designed drills were meant to push any cadet’s skills to the max. But with the safety protocols disabled, Cadet Wagon will need to rely on her pellet gun and wits just to survive the day! The only means of escape is to pass the tests by apprehending simulations of public enemy #1, the Hooligan Sisters. Will Patty survive her trials and prove that this is the job she was made for?

As Academy Cadet Patricia Wagon, grab your pellet gun and take on brain-twisting puzzles so massive they span the entire screen! 20 all new puzzles and some twisted classics stages, all with a hectic cooperative couch-play option for up to 4 players to keep you and your fellow trainees in stitches! 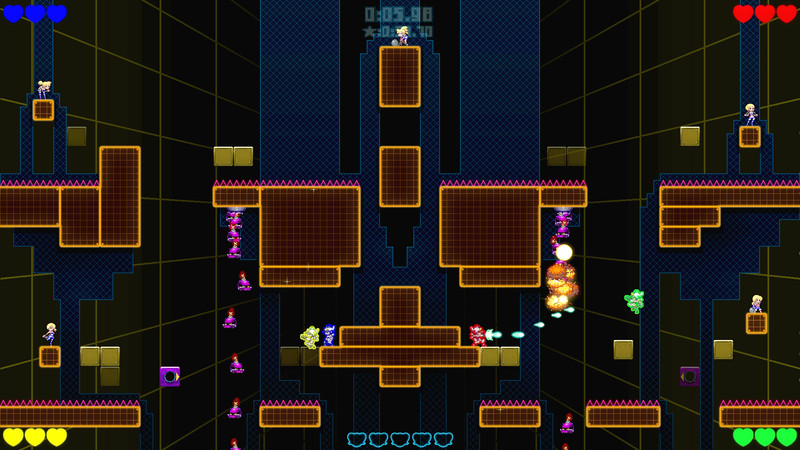 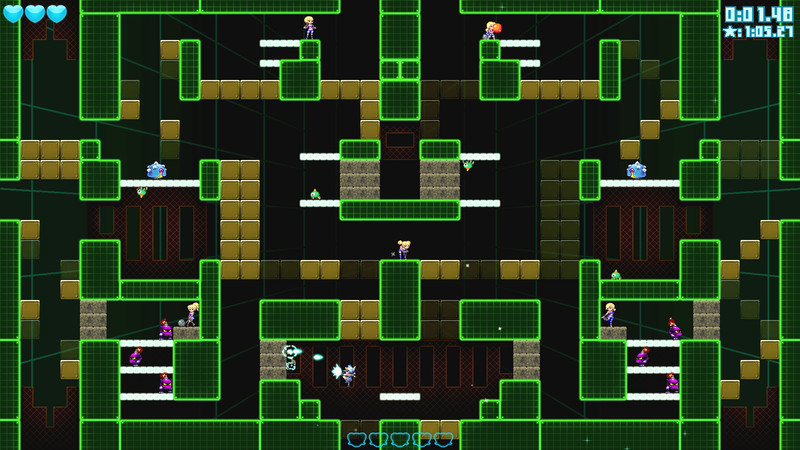 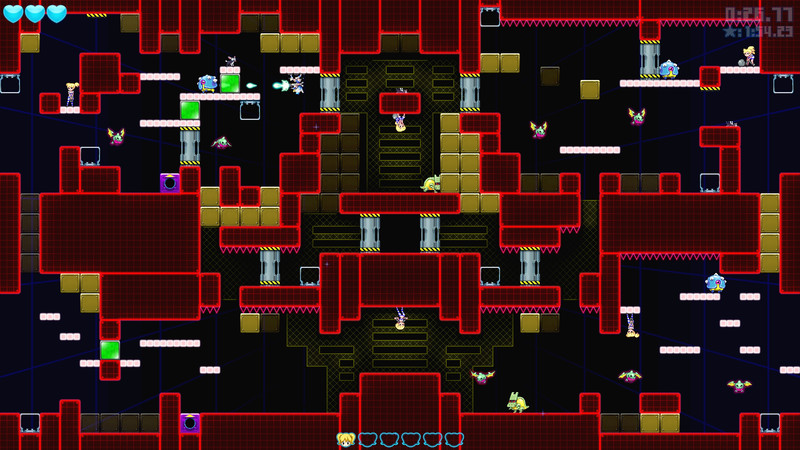 
There are a lot of things wrong with this game, and it's to be expected seeing as it is still not totally developed.
But there are a lot of things that really angered me, that I hope can be fixed in the final version.
First off, the controls.
Please let us use the control stick we move with to select items during the pause menu.
And please please PLEEEEEASE allow us to customize the Switch Force buttons.
I'm so used to using the Right Trigger as a means of using this function, but the fact that it's on the B-Button now is super disorienting and weird.
And PLEASE ADD WINDOW MODE!!!!

Now, if it were me, it would be nice to have new music, but I honestly understand why this game doesn't.
This game is like another spin-off title to the Mighty Switch Force! series, like Hose it Down.
Also, would be really nice if you used the Mighty Switch Force HD sprites for Patty.
It'd stand out more and look better overall.
Also, the multiplayer characters should actually change the light-blue on her outfit to Red, Green, etc.

Otherwise, it's a very Mighty Switch Force-y game. And that's good!
The price, however, is not good! Especially for the game being not totally done.
I just really hope that I don't have to spend another chunk of my cash after spending this one.

So, in this regard, I cannot recommend this game.
It's unfinished and it really shows. Especially for the price.
If Wayforward fixes the things that I believe they will, than I will definetley upvote this game when the full version releases.. So good. Not able to try the multiplayer (online would have been nice), but as an avid fan of the first two Mighty Switch Force games I can say this is a great single player campaign worthy of the title of MSF 3. The wrapping around screen adds a layer of depth that freshens the format just like the fire hose did in 2. Top notch level design that we've come to expect from Wayforward, along with another KILLER soundtrack.. Probably a good game on its own, but having played both MSF 1 and 2, I can't help but compare it to those two games, both of which are far superior. Just get MSF HD instead.. It's like other Mighty Switch Force but bigger and with multiplayer !. A neat attempt to revitalize the foundation you've already made. Though it's at most a tech demo, the old arcade style in through one side out the opposite made for some interesting takes on old mechanics. One of the levels even introduced mechanics not seen in any previous game, from collecting more than 5 prisoners, to teleporters, to carrying momentum through teleports. It shows me that they still have new ideas to keep the game fresh. The last 5 levels were from Mighty Switch Force 1, and I had slowdown issues with it. Maybe because it's all in one screen with all the background stuff going on. I didn't get the chance to play local co-op, and there is no online co-op. As much as I want to recommend this, I can't. It's way to early, and it needs more content. Hopefully WayForward can add more to this idea and keep the ball running, maybe even make it easy for fan mod support.. Like many early access games, there will be certain problems that will drive someone away from paying for this game, let alone full price. However I believe WayForward will handle this better than most if not all Early Access titles on steam:
http://www.youtube.com/watch?v=A4mjkNHq21I. These new levels are really challenging. Made me think a little more that's a good thing ;) it's more rewarding when you figure it out.