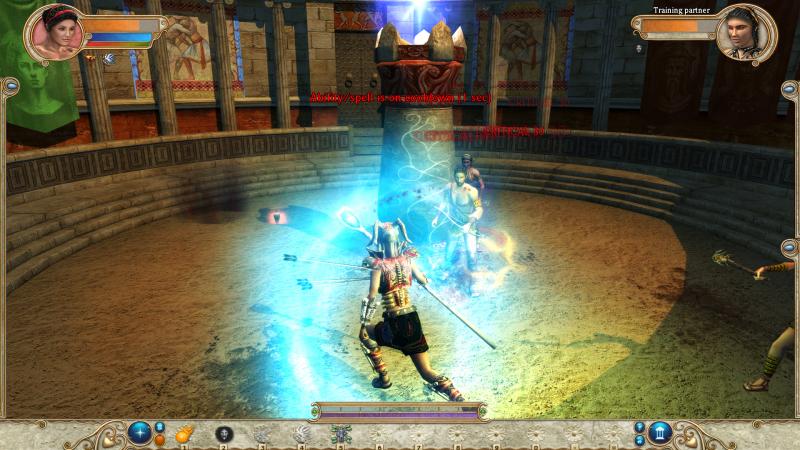 Nine deities. Nine heroes. And only one champion. Mythical Greece. The land of gods, poets, heroes, but also of terrible monsters and creatures.

Numen is a fully three-dimensional action RPG set in mythical Greece. The player controls one of nine heroes, who in the name of the gods they follow compete in a grand test of their capabilities. Heroes who undertake a pilgrimage over the highest mountains, through valleys and deep forests, underground vaults and the scorched sand of deserts.

Numen however is no mere hack-and-slash game. It offers the player the possibility of tactical decision making, searching for enemies’ weak spots, selection of adequate weapons. It rewards those who are able to adapt to the changing situation on the battlefield. In this the player is helped by the unique powers and abilities invested in him or her by the god he or she follows, provided that the god is happy with him or her. The Olympian gods, after all, are renowned for their wanton and unpredictable nature… 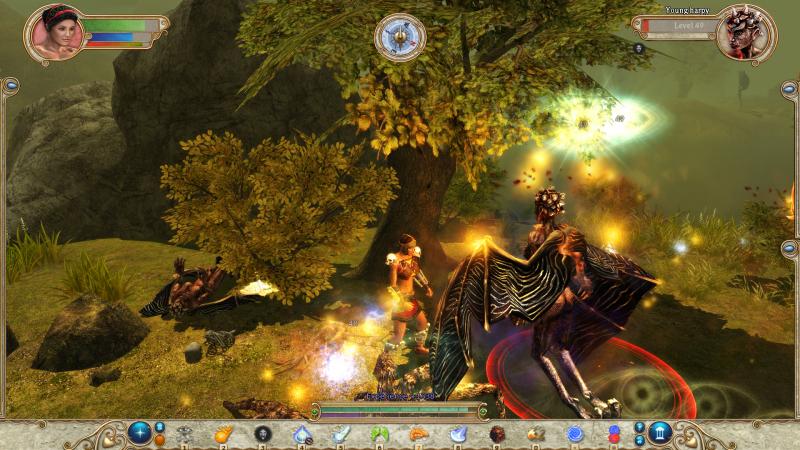 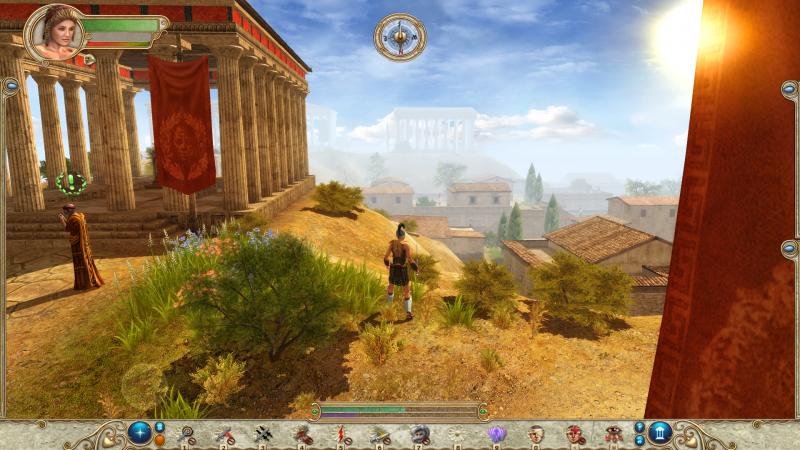 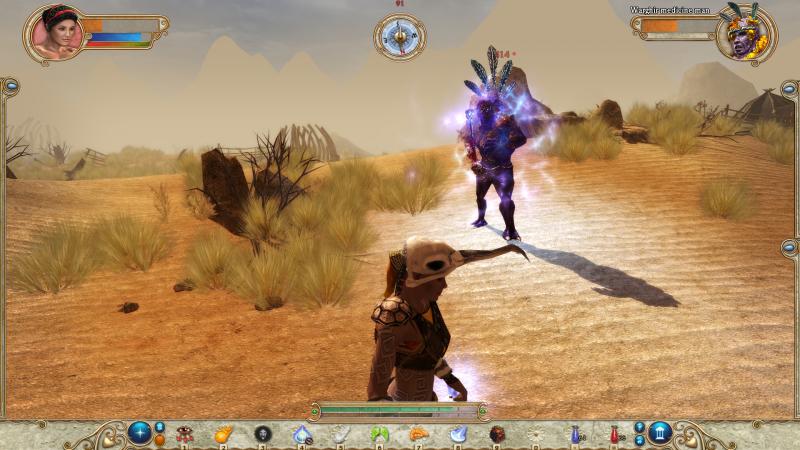 
So I've finished this game. It took me somewhat 16 hours. Do I recommend it? Well it depends on whoever reads this. This game is pretty old now when I write this review. It's been good 9 years but I still was able to enjoy it..
But as I mentioned before it really depends on a type of person who reads this. Now let's get to the main points.

As you see the game events take place in Ancient Greece.. Not even Ancient but Mythical. It has a connection to those old stories you possibly heard. Also what I want to add.. This game brought so many memories to me as it was almost my first somewhat RPG game... x)
Ok, so, one more thing to mention. It feels like a MMORPG game.. So I've recently finished leveling a character to level 60 in WoW Vanilla too.. I enjoyed leveling experience there too. It was easier than WoW though haha
Now to the points:

What I liked in this game.

So in a few words I'd like to add.. The story keeps you until the end and the "questing experience" is better than in some old MMORPGs.

Now let's get to the cons.
So.. some final opinion in the end. As I said in the beginning, if you'd enjoy the game depends on a person. But what I can say.. If you like leveling your character in MMORPGs just for the sake of leveling.. are curious about Mythical Greece.. then this game might suit you. For its price it isn't that bad. Overall it was a positive experience for me. :). Is not an amazing game of course, but the thematic (ancient greece) and the price was more important for me than the opinions.
Less than 1€ and you can test the game.. for 94p this game is pretty cool, yes it has no multi, yes the graphics are meh and yes there is no voice acting...but its still got a pretty decent story (or stories) and its fun watching stuff die as u grind teh xp.
8/10 would bang ( ͡° ͜ʖ ͡°). YOU KNOW YOU WANT IT. It's good but the price should be 4.99 not 9.99 I bought it at .99 but that was a sale otherwise quite enjoyable. Numen is a game that I respect greatly. It may not be the greatest game in its field, but it truly shines in its ambition to try something unique.
The idea of creating a competition based system between other characters who favor specific gods, and trying to reach an ultimate goal is what grabbed me in the beginning. What stops it from being the best it can be is the inability to weave this narrative into the story in a solid. There will be points of conversation you will have between other characters during your travels, but they do not mean much, and do not carry weight, as the overall mechanic of favor does not influence your character meaningfully.
I think making this a single player adventure is a strange choice, too. It screams for multiplayer functionality, or long-term co-op adventures, but may not have been able to be done by the developer.
On that note, the developer has been amazing in communication and support for their game (at the time of release). Implementing additional challenges and puzzles for players to solve within the world (treasure hunting), gave more of a connection of the world, inspired by the islands of the Aegean Sea.
I wish the story was better. You are able to follow a young child through their life, from humble beginnings to completing an epic quest, but there is something that gets in the way of my investment. Maybe it is the confusing connection between your character's level and their respective age, or maybe it is connection the game has to wanting to be an MMO, because it certainly wants to be one of them.
I only recommend this to those who wish to learn from other's experiences, and how games are made, and who ask critical questions about development. This game is a great example of the potential games can have to be fantastic experiences, but fall short for one reason or another. It is certainly a mixed game, and demands patience from its players (especially when the game crashes and corrupts your save file).. I think the game is pretty well done, it is just weird that it skips the overall leveling up process in the beginning. You start at lvl 1 and then scale up a bit and then magically jump quite a few levels, like to 13 or something, as it says you are an adult now. But overall good game play and would recommend to RPG fans, :)