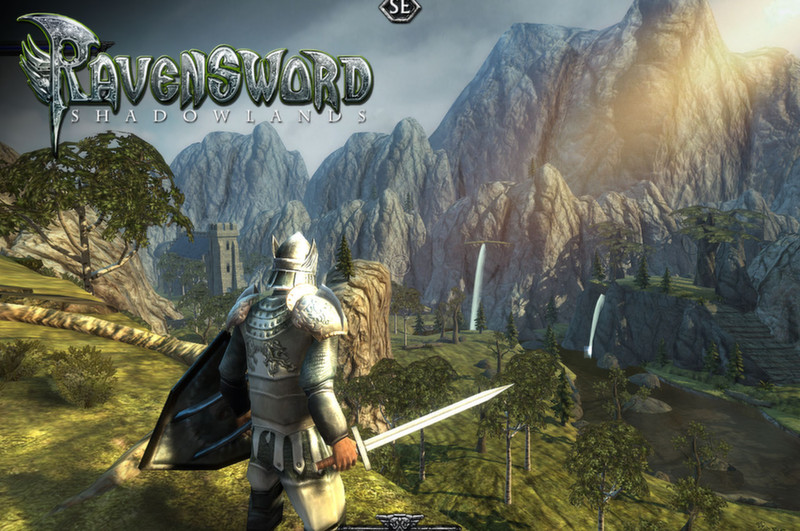 From the award winning studio that brought you Ravensword: The Fallen King and Aralon: Sword and Shadow, comes Ravensword: Shadowlands.

After the fall of Ravengard, the world descended into chaos. The Kingdom of Tyreas stood alone against a sea of dark elven invaders. The Ravensword was lost, and the dark times began. As a descendant of an ancient line of kings, you alone have the power to wield the Ravensword again and restore that which was lost.


Explore a vast and richly detailed world, gather powerful weapons and items, increase your skills, and follow a deep storyline to solve the mysteries of the Kingdom of Tyreas. 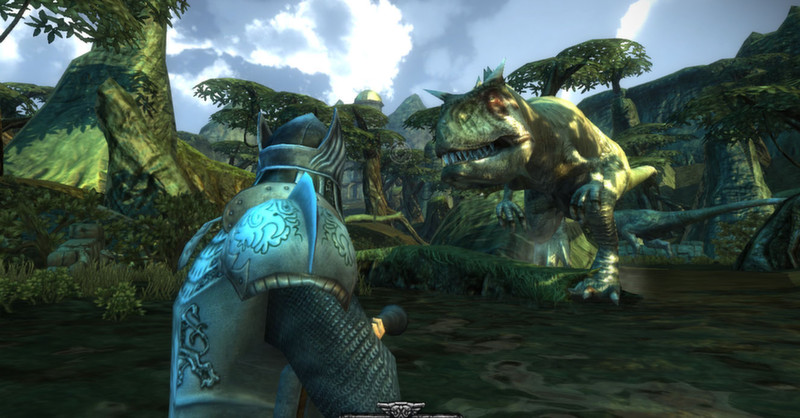 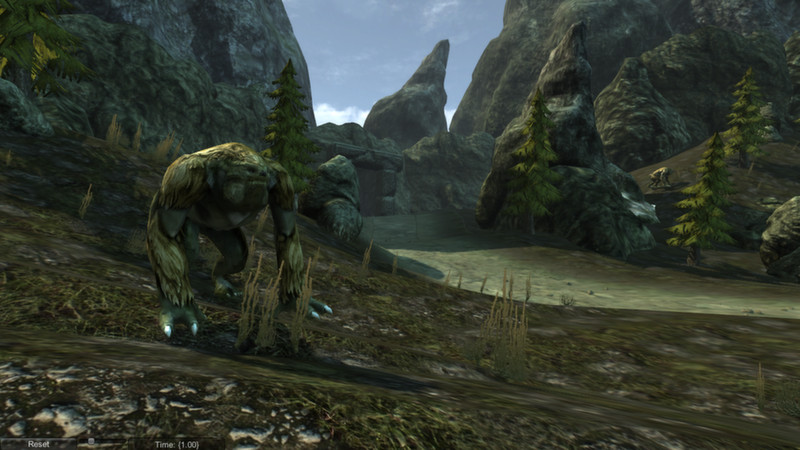 
I've noticed that in the PC gaming community, any game ported over from android is generally disdained as beneath them right from the game's inception. Iesabel was another perfect example of this. Games ported from android are shorter, smaller, and simpler, but that doesn't mean that they can't be fun and provide a few hours of enjoyment. I enjoyed this game all the way from the finish. It was far from perfect and had some texture glitches, (nothing game breaking), but the story and soundtrack were good, the combat system simple, the controls spot on, the landscapes beautiful, and the enemy variety interesting. It's basically a budget elderscrolls. Some of the keys can be rebound, but not all of them and that was a big negative for me. Other than that, there's not very much to complain about here for the price.. This game plays well for a mobile port, there are a few glitches, but overall the open world is well put together, if a bit small, but hey, mobile port. Now you may bewondering, why the down vote then. It's because I fought the boss. The final boss spawns on a rediculously small platform, you can leave the platform, but you risk him glitching out. my play style was to freeze him then get a few hits in. don't. If you happen to have the misfortune of freezing him while he is taking off (yes he flies) you risk him glitching vertically out of the world, at which point you have no choice but to literally commit sepuku via the spawn pit so that you can reload the fight. and forget about attack algorithms, his attacks are so random you'd have a better chance of rolling all sixes with twenty dice then to predict how many times he's going to shoot fireball at you. His range is also inconsistent. I stood out of range and was fine one moment, then he BACKED UP and hit me for a kill. And then theres the actual mechanics of his attacks. I had the strongest shield in the game, with a rank five tactics skill, it did close to nothing. I ended up having to darksouls the guy, rolling everywhere. His hit box is also inconsistent. Swing at his leg one time and do damage, swing again and hit air. needless to say, it felt like the game was so well crafted, and then the boss was thrown in with little attention to detail. I have played dark souls before, so I'm used to nigh impossible boss fights, but this guy was rediculous. Also, beware completionists, they do give you the roam of the world after you defeat the boss, but if you 100% the game, then congradulations, you have a bunch of empty dungeons and pointless grind zones because the story missions make sure you have the best gear in the game. The only thing I hadn't done by the boss fight was buy a house. Did I enjoy this game? yes, absolutely. I played the heck out of this game when I had it on my phone, though I never finished the story. Would I recommend this game to others? no. I would not actively discourage playing the game, but I would not recommend it to anyone.. The developers are wizards. This game runs at about 30-40fps on low on an intel hd 3000 in Ubuntu 13.04 and still looks absolutely beautiful. The game reminds me a lot like Skyrim, and whileit has its quirks it's still a fun game to play. I understand it's a mobile game, but if you didn't play the mobile version, this is still worth a buy in my opinion. The game just needs controller support, and probably more attack styles, but overall I'm enjoying it.. Holy jesus this game is horrid. Do yourself and everyone else a favor: DON'T BUY THIS STEAMING PILE OF MONKEY VOMIT. It is not worth $3, much less $15. If it goes on a $0.99 sale it MIGHT be worth it otherwise, NOPE. The game goes as follows pay $15, begin game with high expectations, see the extreme lack of anything you would expect of a decent game, figure meh atleast I can turn up the difficulty, turns up the difficulty to max, still three shot everything, beat the game in like an hour and a half, sigh dejectedly, put a pike through your computer screen.

Final Score: -10. Great game if you don't take it seriously at all its a cheap game and a short one but its good for a few laughs. Its worth its price but if you go in expecting a serious rpg your going to be disappointed you may have to do some grinding for money\/exp but if you get $4000 crossbow from the northern part of town you should be good to go since range is the most powerful thing in this game so far.. Great and beautifull game. Nice graphics which is improved when you compare with the mobile version. Nice climatic music, and a lot of fun. I tested this game on Windows and on Linux both running very good. Game have one error with controller. On both systems if you have controller connected to computer the game have some issues, but anyway this game should be played by the keyboard and mouse like all other games of this style.

. I cannot express enough how much I love Ravensword: Shadowlands.

I always keep coming back for more.
So many platforms to play on, and so many different ways to enjoy the game.

Ravensword is one of those games that if you don't hate it, you absoloutely love it.
It has cons and pros, but there isnt anything that makes the game generally bad.

You start off in heronmar, fighting the dark elves. Everyone dies except for you, which you eventually wake up in the guild hall in south aven. You then get to uncover the mysteries of tyreas through a moderately long quest, and dozens of side quests.

I think the reason I like it so much is that it is fresh and new feeling everytime you play. What is next? What do I discover today? It is a really nice game simply because of its replayable-ness. You can play the game once and get some neat items, but you can do it again and get more different ones. It is a nice, fresh felling that keeps the game interesting.

There are quite a few bugs every now and then, but it is tolerable for the most part. I've never had issues with this game and I have been playing since 2014 on all my devices that can play this.

My rating for this game is a 10\/10.
This game is for you if you can tolerate a game that isnt flawless, you can enjoy games that are simple, and you can stand grinding for items, which by the way there is A LOT of grinding if you wanted all the items on one save.

This game is great. Graphics are nice, the game is smooth, and combat is fun. There was alot of detail put into this game. Its enjoyable, textures look good, and although its a recycled story, its not bad. Most people think because this is a port that it is bad. This game is great, and I will be getting it on my iPod Touch soon. This game is worth the price. I seriously recomend getting this game.