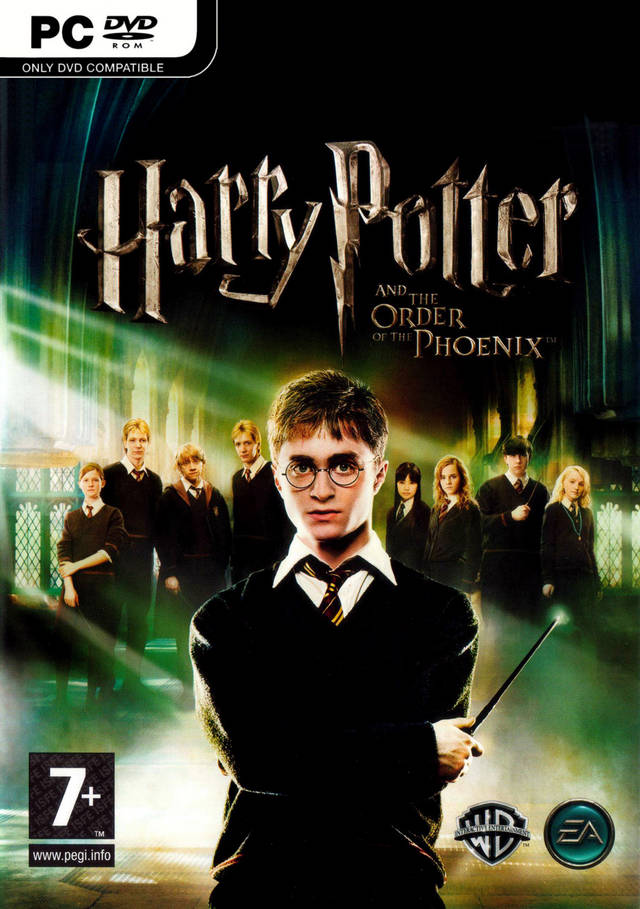 Original Title: Harry Potter And The Order Of The Phoenix
Genge: Action,Adventure,Fantasy

Harry leads dumbledores army and must battle the dark lord himself. Harry also must deal with dark secrets and an emotional loss. Based on Harry Potter and the Order of the Phoenix.
OK, let's dispense with the obvious. You cannot adapt a novel this lengthy into a two hour film without discarding huge amounts of material. Accepting that, adaptation becomes a question of judgment and craft. I'm sorry to say that both of those traits seem sorely lacking in this film. The previous 4 outings have all been fairly successful in creating logical plot flow, cause and effect relationships and maintaining at least some of the charm of the literary works they are based on. The current film is just a mess. Scenes from the book are simply hung together with no sense of one thing leading to another, vital information is rushed into the film only seconds before it is needed to explain further events and bad choices seem to have been made when good choices were available, using the same or less screen time.

Here are a few examples of what I mean, and this is by no means a complete list.

Harry's estrangement from Ron and Hermione, the emotional core of the first half of the book, is resolved by a scene in the film where he comes to them at breakfast and asks them if he can join them. This scene would have great emotional resonance if we had only seen, at some point prior to this, a scene of Harry not eating with them. As it is presented here, it is just a bit awkward. Those who have read the book can fill in the blanks but, presumably, this film is supposed to work for those who haven't read it as well.

In the book, The Weasley twins dramatic fireworks exit from Hogwarts serves the plot, diverting Umbridge so that Harry can contact Dumbledore. With that part of the plot removed, the scene only exists as an excuse for some effects shots. That screen time could have been used to much greater effect elsewhere.

In the book, the room of requirement appears to Neville, because he has need of a hiding place. That's the concept, the room appears to who needs it. There is internal logic. In the film, the room simply appears to him, with no rhyme or reason, as he is strolling by. The scene, as it appears in the book, would have taken no additional screen time and would have given the film better logical flow.

The absence of Hagrid is mentioned only briefly, with no sense of concern, at the beginning of the film and then completely dispensed of until nearly act 3, when it is suddenly announced "Hagrid is Back!" as if it should have been weighing on everyones mind. Well it won't weigh on anyones mind unless you impart it any significance earlier on. The fact that he, and his half brother are introduced only minutes before they are necessary to resolve the Umbridge plot line is just bad craft.

I could go on and on about this, but I'll let those examples stand for themselves. There was much that was good in this movie, in terms of performance, effects and design, which is why I am giving it a 6 rather than the 2 the screenplay deserves. I reviewed this game here almost a year ago, and decided to come back to test its lasting appeal.

My opinion of the game has gone down somewhat, especially as, once story mode is completed, there's pretty much nothing to do. Yes, there's all the special things and discovery points to find, but once you get all of these, it's not as if anything really happens. And the minigames do get tiring after a while. Also, a big problem that I remember having was that the characters feel clunky, and controlling them is strenuous and tedious at the best of times. In addition to this, the NPCs don't really seem to do anything except walk around the corridors, talk to each other, or push each other. You don't see spontaneity anywhere, and no one ever walks into a classroom or is seen with a bag or a big pile of books. (Not to mention the fact that older students are just enlarged smaller students - they don't look like they've grown naturally, just ballooned.)

However, this game IS a great start. Visually, the game can hardly be flawed: the landscapes are stunning and photorealistic, the lighting used throughout the game is impeccable, and the camera angles are superb and allow full aesthetic appreciation, even if you can't actually change them yourself. Furthermore, I do think the characters animate pretty realistically, even if a bit slow and clunky. The music is great, and the effects are great too. So bring on HBP!

Nonetheless, the game as it is shows great stupidity: the tutorial levels in Grimmauld Place are idiotic. Instead of simply picking up your clothes and neatly placing them in your suitcase, Harry Potter MUST use Wingardium Leviosa, a process taking nearly four times as long. And to clear a room, you have to use Depulso on all the cupboards, chairs, lamps and tables, something that would undoubtedly break all the objects, right?

As for interactivity: there is little. While the game is advertised as open-ended, this is a lie of omission: yes, you CAN roam free about a full Hogwarts map, with no limitations, and you can find secrets along the way, but you can't really DO anything. There aren't any secret passages (apart from portraits - there's nothing actually hidden) and there's nothing particularly interesting to find. The game, then, is pretty linear. And though the story mode does boast some stunning set pieces, the cinematics are only just okay, with Harry looking like a screwed up Lothario-type character, and the character skins look like they've just been stretched over the bodies.

So overall, this game is a good start. This game gives you great visuals, but not great practicality or functionality. It does need some fine tuning, and, looking at a screenshot recently released for the HBP game, it looks like the developers are sticking to the visual style, which is good to see. I just hope they're now focusing on expanding the universe a bit (Hogsmeade, Diagon Alley perhaps?), giving us more to do, and, for goodness' sake, fixing those damn controls!