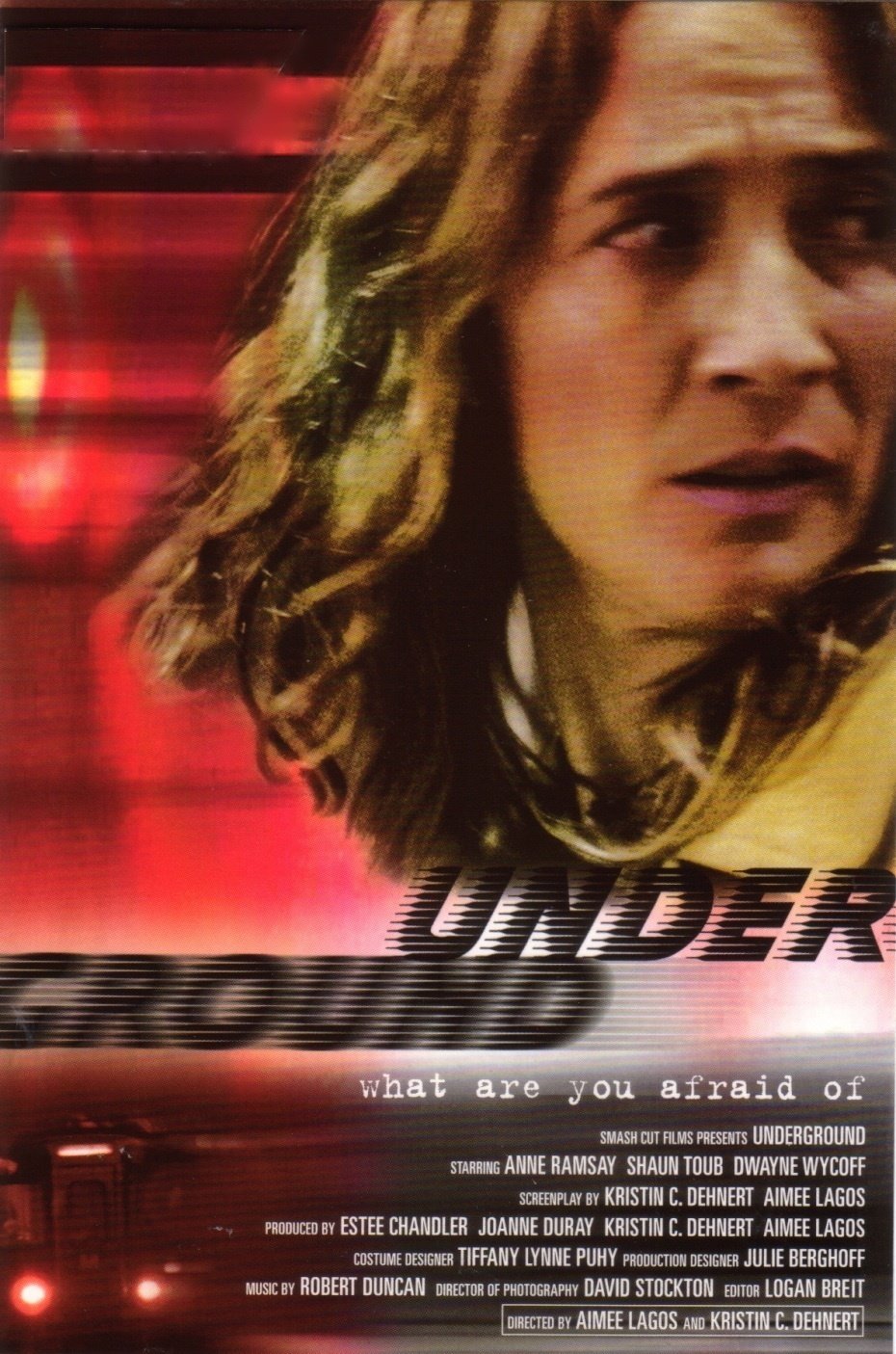 A young woman, casually dressed, with a backpack, rides the subway. She notices two unsavory men watching her: a stocky African-American, seated, wearing a watch cap, chewing on a toothpick; the other, standing by the middle exit, thin and unshaven, Middle-Eastern. The other occupants in the car give her some safety, but when all of them leave except one man in a tie, she's visibly nervous. At the next stop, she must act. Is she truly being stalked, and, if so, can she reach a safe haven before she's mugged or worse? As Anais Nin writes, "We don't see things as they are. We see things as we are."
A white woman riding the subway system begins to suspect that two non-white men are following her.
Just stumbled on 'Underground' and must say, I was pleasantly surprised and delighted by this fine short! I can't say too much as I don't want to give it away, it has been a while I've seen a short film that wasn't just a good watch but one that gets you to think. It is well paced, has a good plot and delivers an arresting story

Brilliantly shot with 3 main characters keeping you guessing the whole time. This is one you don't want to know much about before you watch it... and the last few shots after the climax nothing short of genius! Underground proves the point - its all about the story. I am so surprised I only just seen it as its been out for a while. BUT IT'S OK TO READ THIS... NO SPOILERS HERE...

I can't believe I'm the first to comment on this terrific little short film. I've seen it on IFC a couple of times, and it has quickly become one of my favorite short films of all time.

The film starts with a white woman riding the subway system in a major city. She slowly begins to suspect that two men (one black and one middle eastern looking) are stalking her, and this fear grows as they keep appearing on the same subway cars as her. She attempts to lose them in the subway system and... hey... I said I'm not telling.

This short has virtually no dialogue by the main characters, but you won't be bored. The atmosphere is tense and keeps building, assisted by some appropriately moody music. The cinematography is also excellent, which is quite an accomplishment considering that most of it was shot in an underground subway system. Yet, the best of this wonderful short is the ending which has an important message for our modern world.

Awesome short film... both the ride and the destination (yes, those are puns).