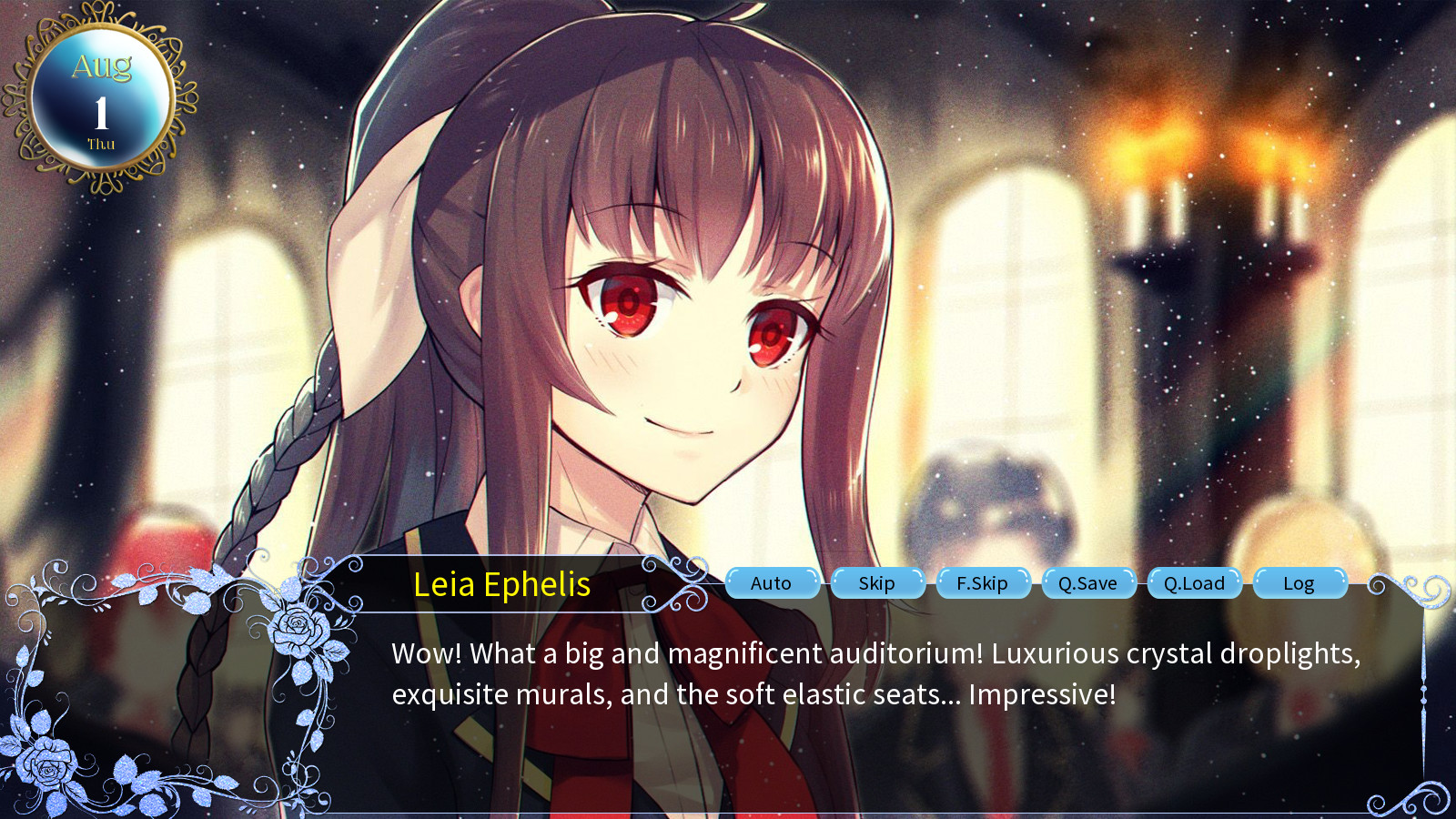 In order to better shape my future,
I came to a strange city alone seeking to attain knowledge.
However, this happiness could not be shared with my father, whom I had recently learned died in an accident.
Helplessness and panic, It is my choice...
But the reality weighed heavy on my heart
Accidental deaths are rarely an accident...
Could someone, once a friend, perhaps be the murderer?
Who is the killer...
What should I do...
What is the purpose of the Holy See?
What secrets are held by the Bloodline?
At the end who is the real boss? 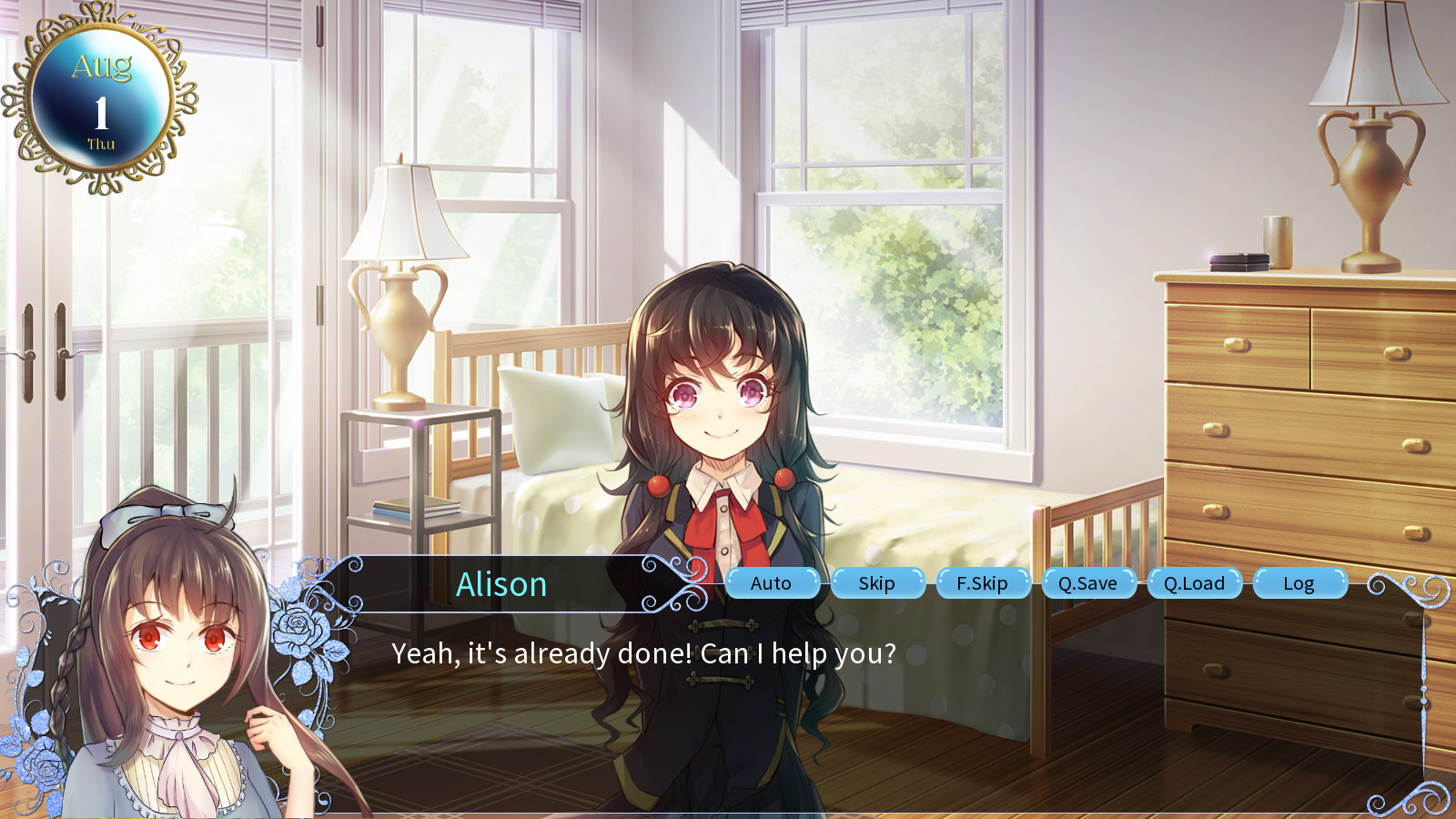 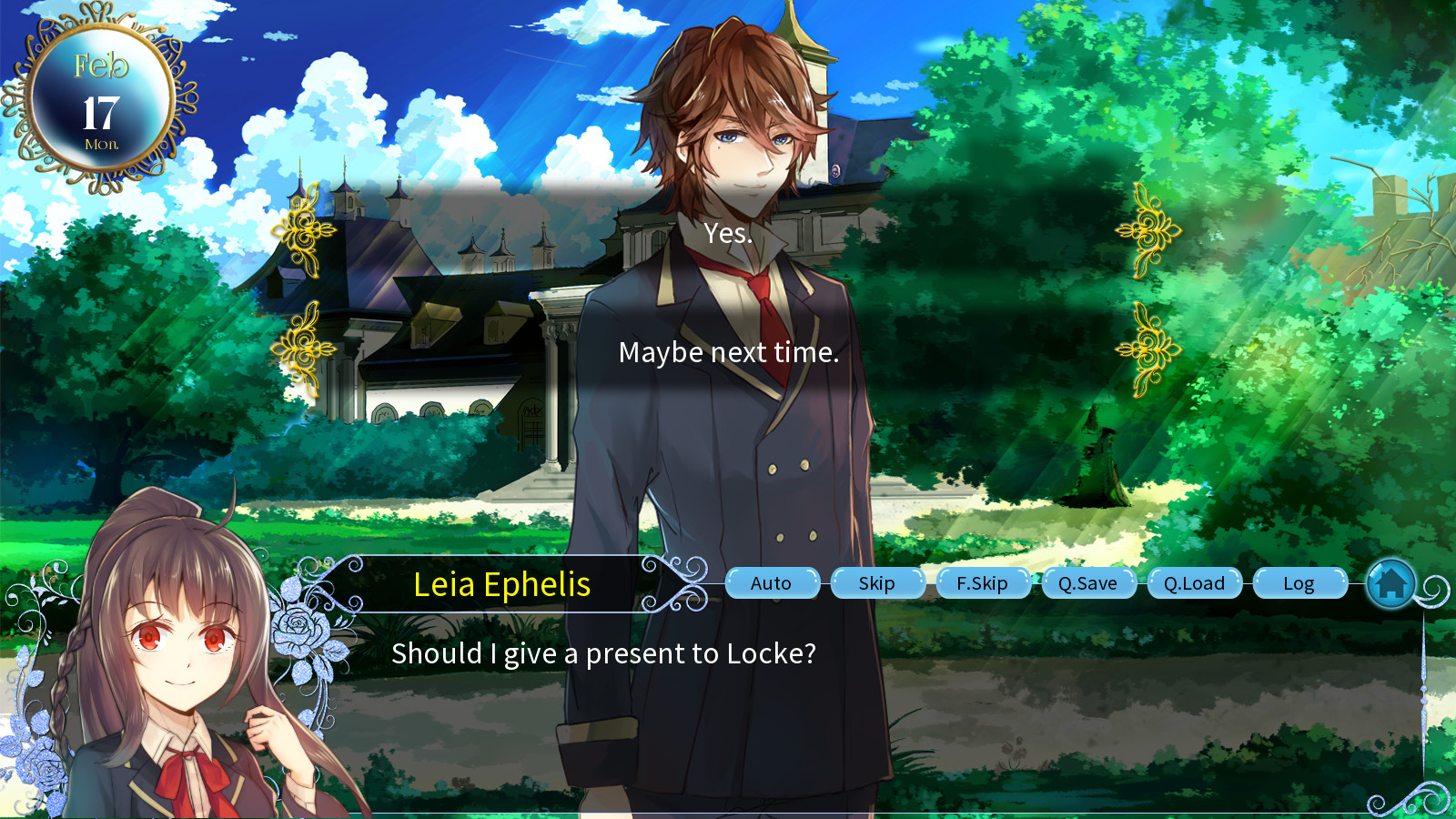 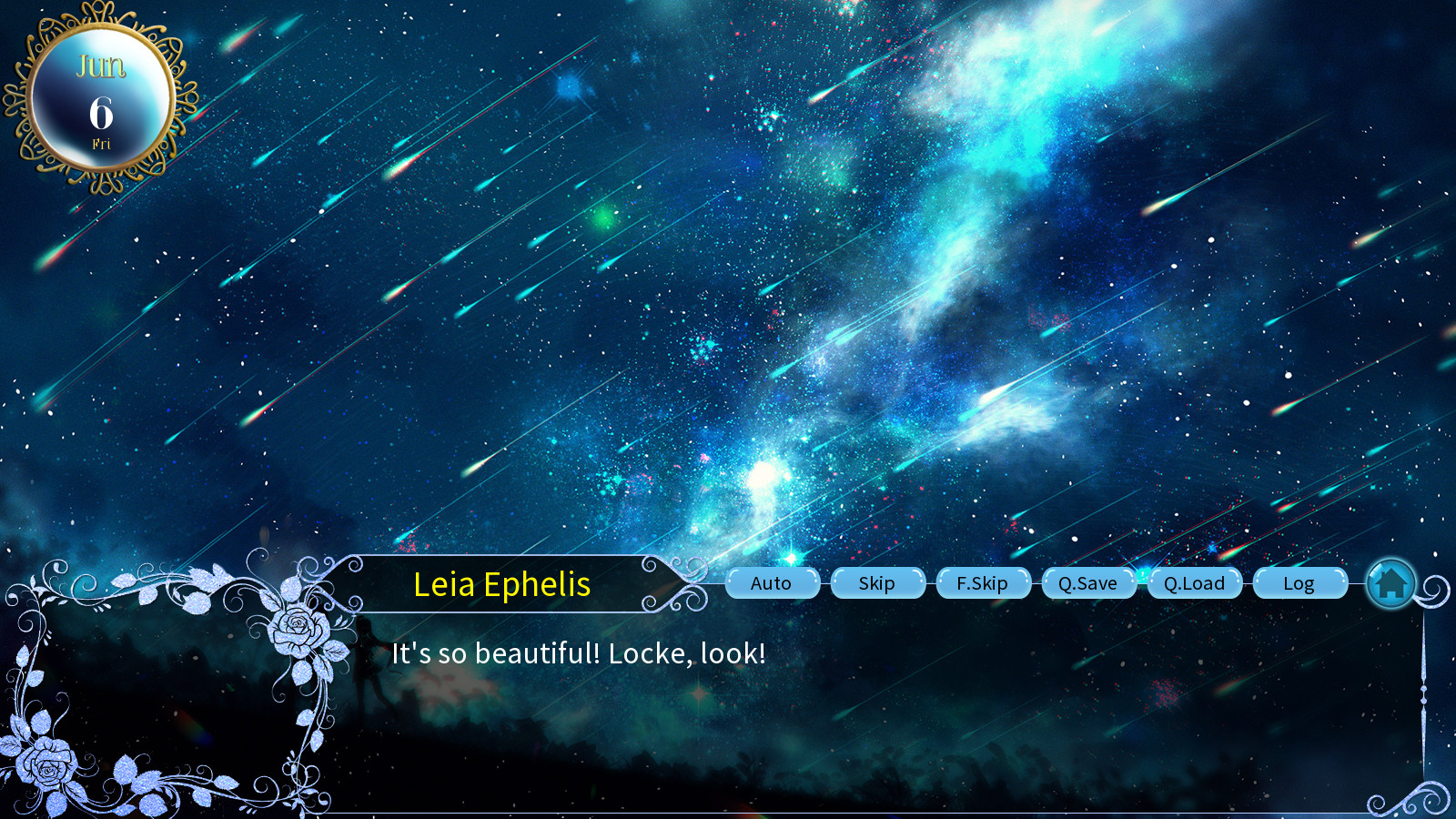 The story, characters, and art are all great but the 'game' aspect is where this game kind of falls apart. The stat raising element is just so absolutely frustrating, the route paths are a little unclear, and the crafting system is just pointless. If they ditched the stat raising element this would be worth a replay in the future, but for me 'playing the game' isn't worth the stress to reread the story. Outside of the usual completionist mindset...I 100%ed this game out of spite lol.

I have a few tips for the harder achievements, may or may not help, no story spoilers...
- I had the correct stats for unlocking Jesse's route, but an important conversation days later wouldn't trigger. To fix this I loaded a save right before the ending of a different route, watched the entire credits, and suddenly the conversation triggered. It was theorized in the forums that skipping the credits didn't allow for Jesse to be unlocked.
- Rich Girl is uh probably doable without the DLC in a forever alone playthrough, but I got it with the DLC while being constantly on the brink of being expelled. At least I ended up rich if not smart or loved.
- Super Scholar, I think I got it before getting the DLC, just be a lonely studious student.
- The walkthrough looks a bit disorganized, but ultimately works, and really there shouldn't be too much trouble getting all the endings. I think the only thing I didn't find in the walkthrough was Deep Down in the Lake, but you can find a guide by searching 'Deep Down in the Lake' in the forum.. I fell in love with this game the moment I saw it on its steam page, I loved the art, the characters, and the cover made me really into it. It was one of the first visual novels I had seen and I truly liked it. Now I finally bought Blood Code and the next part of this review will be written after reading\/playing it.

Note - This review is written about the plot and choices I made. It took me 4.6 hours to read the whole visual novel.

Everything starts beautifully in a high-standarts magic based school named Star-Mirror, You have to be a good student to get into the school, not everyone studies well or affords to study at the schools like this, but the pretty girl with beautiful red eyes, Blood Code's one of the main protagonists - Leia made it through. Leia is an inteliggent girl that manages to do almost everything - getting into trouble, making friends, getting good grades (at least in the plot I chose), the opposite of getting into trouble and much more. Soonly after the starting she becomes friends with Alison who noticed there's a new person living next dorm, which is Leia. The first person she saw that became frieds with her in the future is Locke - a hot boy that girls want to feed their chocolate to. After wandering around the school she couldn't figure out where her dorm is, and asks the doctor Leo, which is considered the hottest teacher at Star-Mirror, where she can find her dorm. And lastly she meets Christ, a strong, pretty and fearless boy in the clinic because he refuses to use magic to heal his body (do you think it's brave?). Leia lives a peaceful and happy life that many people would like to live. But the happiness doesnt last long, soonly after something sad happens in her life that we would not want to happen - a death of somebody special to us. Leia is left alone with no family and starts tearing apart but what are friends for? They still manage to make Leia smile and face the life she has. After the sweet life many things come clear and it happens to be that she is living a lie that she has not realised and won't realise for some time. not long after things get complicated and Leia is faced with a very difficult life with no people that she can trust, but then things change and come clear, just like in our lives, you will find some truth eventually. Yes, some people live a lie their whole lives but its not the case here. Soonly after everything changes position, a thing that she would never think would happen is coming as the reality and Leia has to find out everything and make everyone take what they deserve with the close people that she finally trusts. From here on, all she has to do is bring punishment to a bastard that I won't name, because you have to read it to find out. I highly recommend this visual novel, I wasn't bored for a second while reading it, they just know what they're doing, I think this is one of the best visual novels ever made and I would be happy to see more projects from 'WeShare Game Studio'. Both, the story and the art appear really beautiful to me.

Only use the ring at critical times, you won't get the chance to use it ever again.