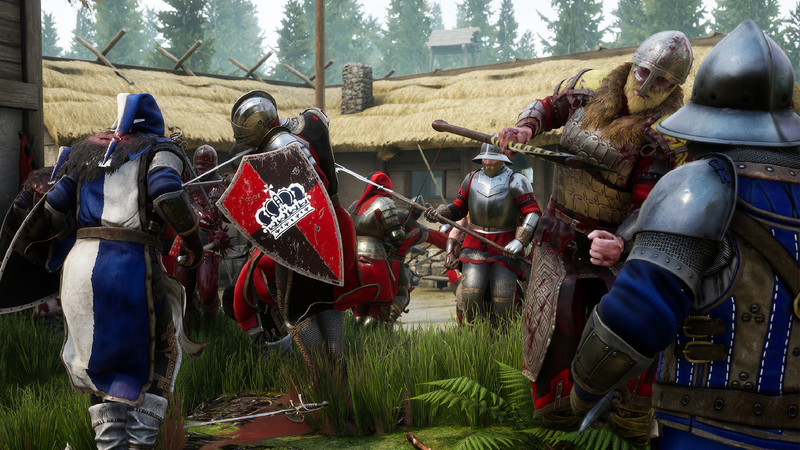 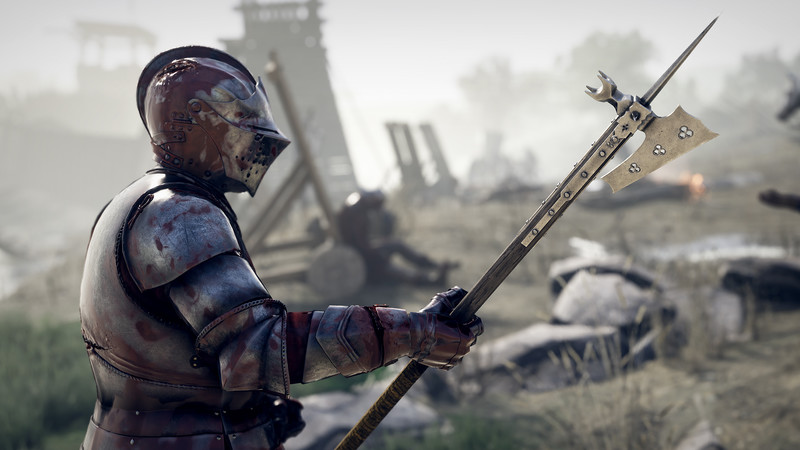 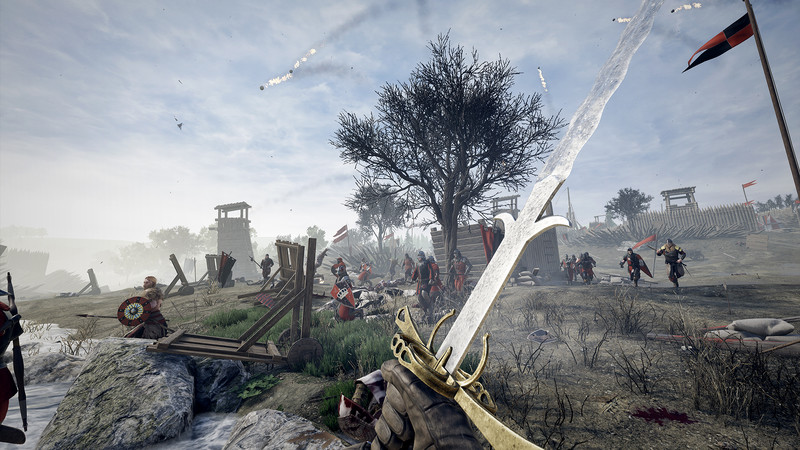 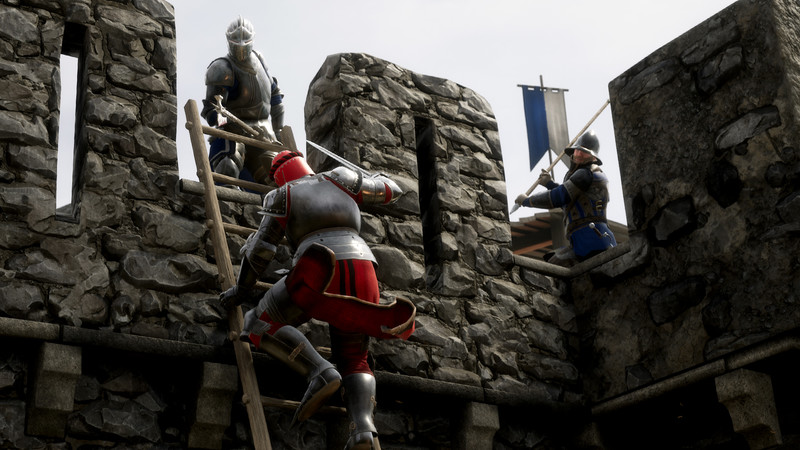 
First battle.
Walked in.
Someone chopped my head off.
Got teabagged.
Someone playing Darude Sandstorm on lute.
10\/10.. Chivalry but 100x better. Some absolute Chad named Sans Undertale was playing Megalovania on the lute and a good portion of the server gathered around him cheering, dancing, and being merry until a man that looked like Guts came up and decapitated him then a all out brawl started. that's when I realized that this is a very good game. It's basically Chivalry 2, absolutely love it!. I threw a sword at a guy I was dueling and it stuck in his arm. The dude then took my sword out of his arm and proceeded to kill me with it.

10\/10 Gameplay. horse can withstand up to 10 arrows and still not die

dies after a 3 feet drop


Official server improvements being rolled out:
We've identified an issue causing the huge lag spikes on our official servers and are restarting them one-by-one to apply the fix. We're going to leave some servers as 48p, while others will be upgraded to 64p. Our next steps will be to increase the pool of official servers, and start doing improvements to the matchmaker. Thank you for your patience during our rocky launch!. Gold/XP status update:
We are working hard on resolving the Gold/XP and server issues as soon as possible, which is why it is not possible to buy things in the armory right now. We are making progress and will post more updates soon, thank you for your patience.. Patch #4:

Patch #04 Changelog. Server Hotfix:
We've deployed a server hotfix that should hopefully fix the ping spikes. Thanks for your patience.. MORDHAU - Official Trailer:
MORDHAU will be available for purchase on April 29th, 2019! Add it to your Wishlist now if you haven't already. We have also added a fancy new Trailer for you to watch.

Watch the Trailer here. New patch:
New patch! Make sure to restart Steam so the update is downloaded.
- Supporter Pack DLC items should now show up
- Matchmaking improvements
- Server browser improvements
- Fixed a certain duping exploit on Horde
- Added 64p variant Skirmish maps for custom servers: SKM_Taiga_64, SKM_MountainPeak_64, SKM_Grad_64, SKM_Camp_64
- Exposed some parameters for server owners (these go into game.ini), see https://pastebin.com/raw/CbDANhzr for details (server owners only). Performance issues:
A huge performance regression slipped through on the latest patch. We will hotfix this ASAP.. Patch #6 Changelog:
Just in case, make sure to restart Steam so that the patch downloads.

UI
. Patch #4 hotfix 2:
This hotfix reintroduces the friend marker option. The FPS drop issue that occured in Patch #4 has been fixed.. HOTFIX: Progression:
First and foremost an apology to all players from our entire team.

The current state of the game is not the one we wanted you to experience at launch. It might sound cliché, but we were not able to keep up with the rapidly growing playerbase in this short amount of time.

On the bright side we were able to locate the problems that caused Gold and XP rewards to not be distributed properly, as well as unlocks not working in the Armory. - They should work properly now. We are also currently looking into ways to compensate players for their troubles.

Make sure to restart your game so the update gets applied! We are also currently restarting the servers on our end.

Additionally we've added some improvements to the Server Browser. You can now filter for a server name or set a ping limit.

Our top priority right now is to iron out the stability problems with our Official Servers, as well as bugs with the Matchmaker.

Thank you for all your patience despite these issues!