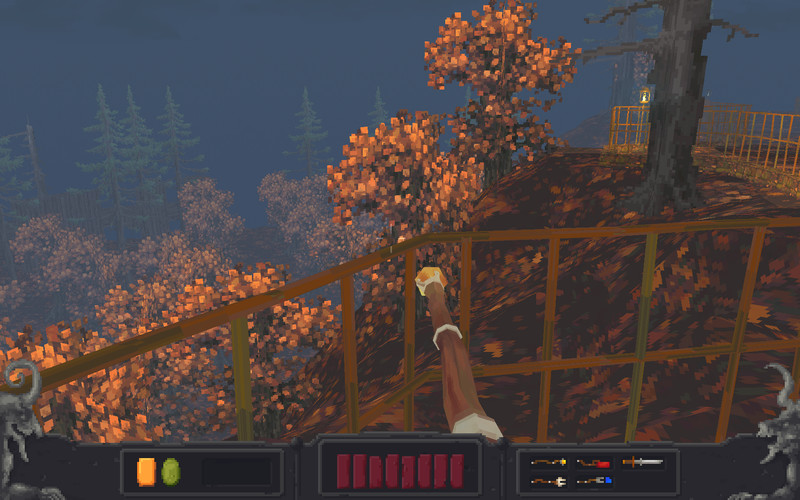 First and foremost, this game is an experiment in coding a software renderer. It's an engine that renders the image via CPU, without involving the graphics adapter, much like the 90's games did. I wanted to find out if it's possible to code an engine like that from scratch nowadays, and if it can run at 60 FPS on a modern PC. It was a self-imposed challenge.

Once I finished the engine, I thought I could make a game with it, an FPS like the early shooters from the 90's. I have to say I was quite impressed with them back in the day, and I've been looking to recreate them for a long time. Thus, this game is a 90's FPS. A simplistic story takes a backseat to pure run-and-gun gameplay.

On graphics and visuals: I was creating the visuals based on the imagery from my dreams. I tried to convey the mood and atmosphere of my dreams through level design. I feel like I did a particularly good job on this aspect.
I'd be happy to hear some feedback from you on my humble little game! 6d5b4406ea 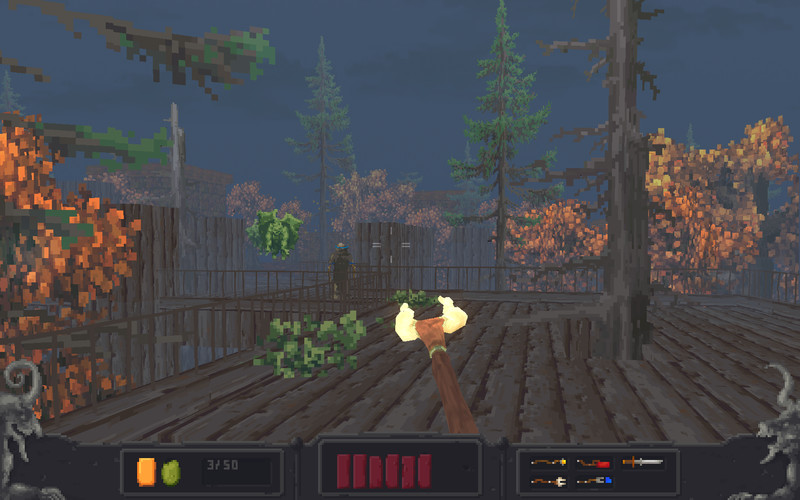 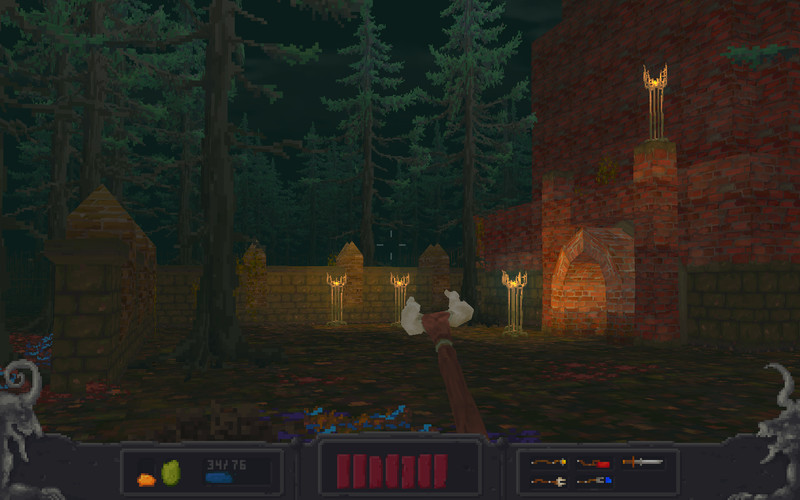 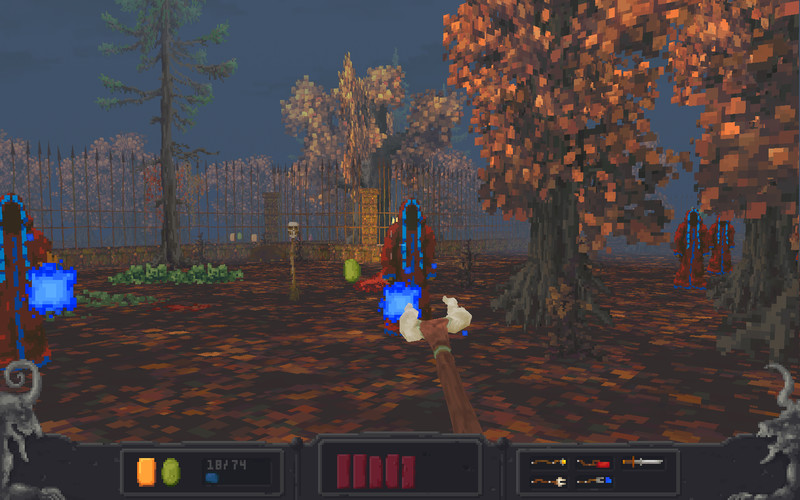 
The mechanics of an old fps without any of the design. Bland open environments with arbitrary clusters of enemies, which respawn a few times per level as you collect weapons. It's full of baffling design choices like Doom's charging Demon's equivalent being a tiny figure muted against the background, with a passive attack pattern: grunt, charge, stand around. I found myself comically looking around after a grunt trying to find them.

Nothing special, certainly no Doom let alone Heretic/Hexen, but fun enough, I suppose.. Graphics-Solid and consitent. Not some half\u2665\u2665\u2665\u2665\u2665pixel art used soley because it was easy to do
Music- Awesome, though all sounds lack "punch"; they all feel weak.
Gameplay-Solid shooter in a set map with tons of baddies
UI-The Ui is unintutitive and bland. Could use some touch ups.
Polish- Its okay, could use some work. For example, a "you died" screen rather than just sinking to the floor.

If you like classic 90's shooters you should also get this. But I do recommend that you also buy candle wax and pour it on your naked flesh. Because it hurts SO GOOD!. I really want to like this game, but it's so poorly made.
The grapichs are authenticly retro and so is the music, but it's also too quiet.
The level design is awful. All the enemies are clumped together in one big open space, giving you very little vantage points to take out enemies individually, and you'll run out of ammo quickly if you try to take them all on at once from a distance and you'll quickly die if you try to take them on up close.. For a quick gameplay review here's a video. www.youtube.com\/watch?v=JjGOc7AbnNY\" target=\"_blank\" rel=\"noreferrer\" id=\"dynamiclink_0\">https:\/\/www.youtube.com\/watch?v=JjGOc7AbnNY<\/a> To be honest i really like the game its entertaining and usually i dont like games like this. But this game had depth, intresting settigns, and enough clues for you to figure things out without babysitting you every step of the way. However theresa few glitchy bugs here and there and the interface when respawning could be a little easier but other than that im enjoying it.