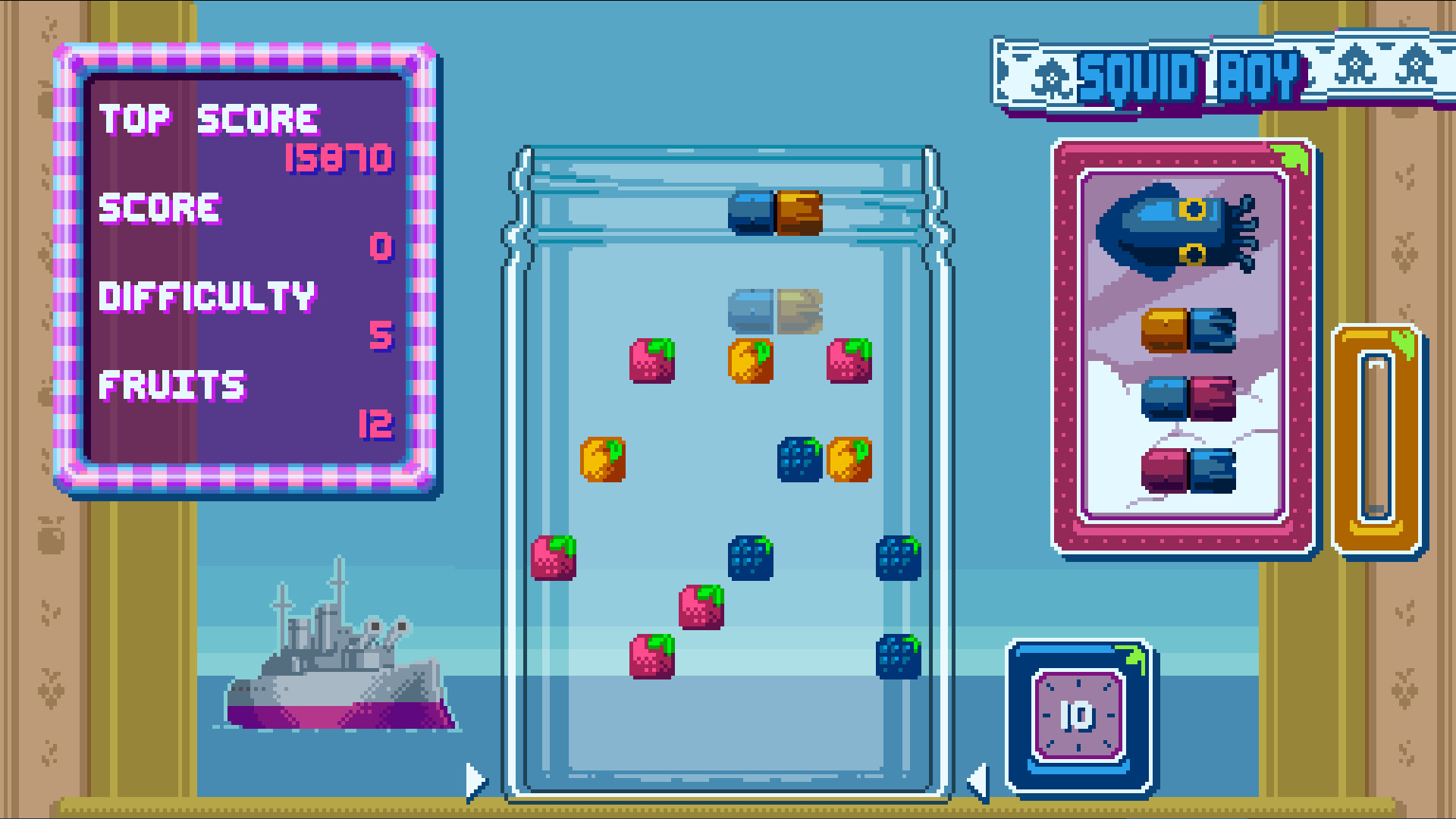 Get combos, use special powers and drop bombs on fruit to create delicious Jelly Jam! From the creators of 100 Rogues and Auro: A Monster-Bumping Adventure!

Jelly Bomber is a fun abstract puzzle game where you make combos by connecting four pieces of the same color. Connect four and get a combo! It's super-easy to learn, but in order to master the game, you'll need to be smart about using fruit-powers and the special abilities of your character. Climb the ranks and learn the forbidden mysteries of Jelly Bombing!

FEATURES:
- Vibrant, colorful and fun pixel art by Blake Reynolds
- 3 fruit powers which activate when you get combos involving them
- Original melodic soundtrack
- 3 cool characters you can play as, with more on the way
- "Single-player Elo" system means you're always playing at the right skill level for you (first innovated in our last game, Auro!)
- Multiplayer modes coming soon 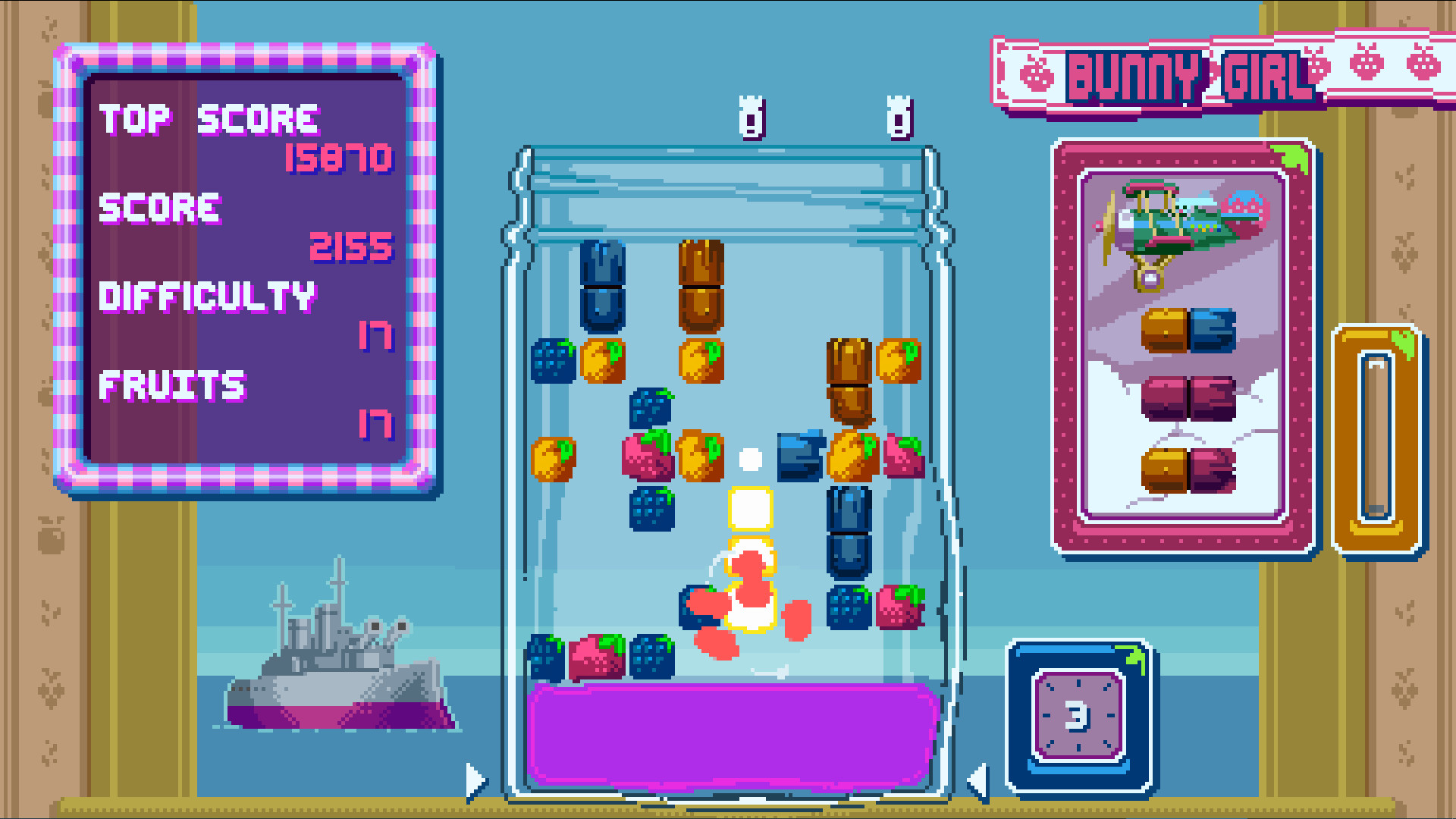 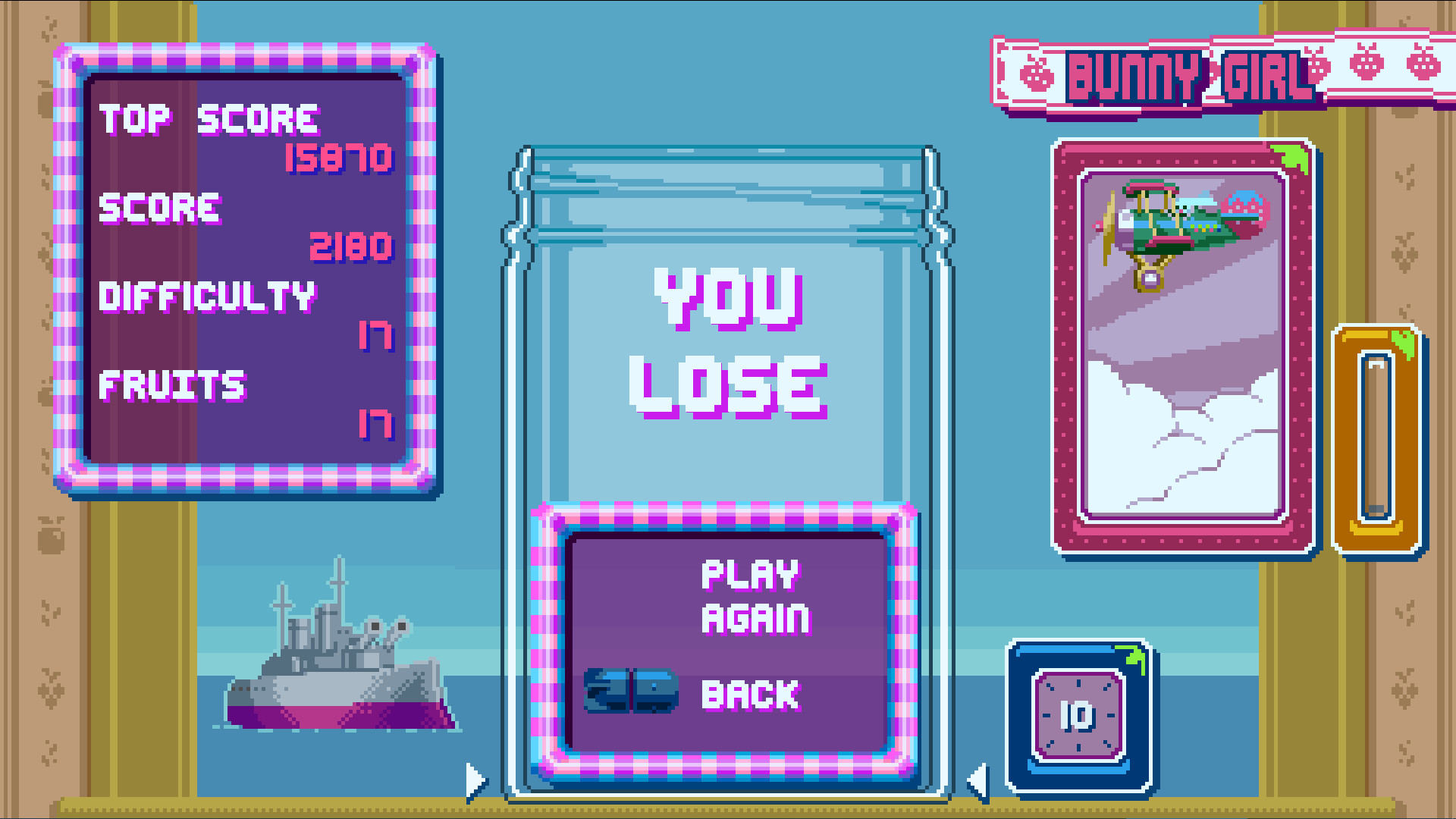 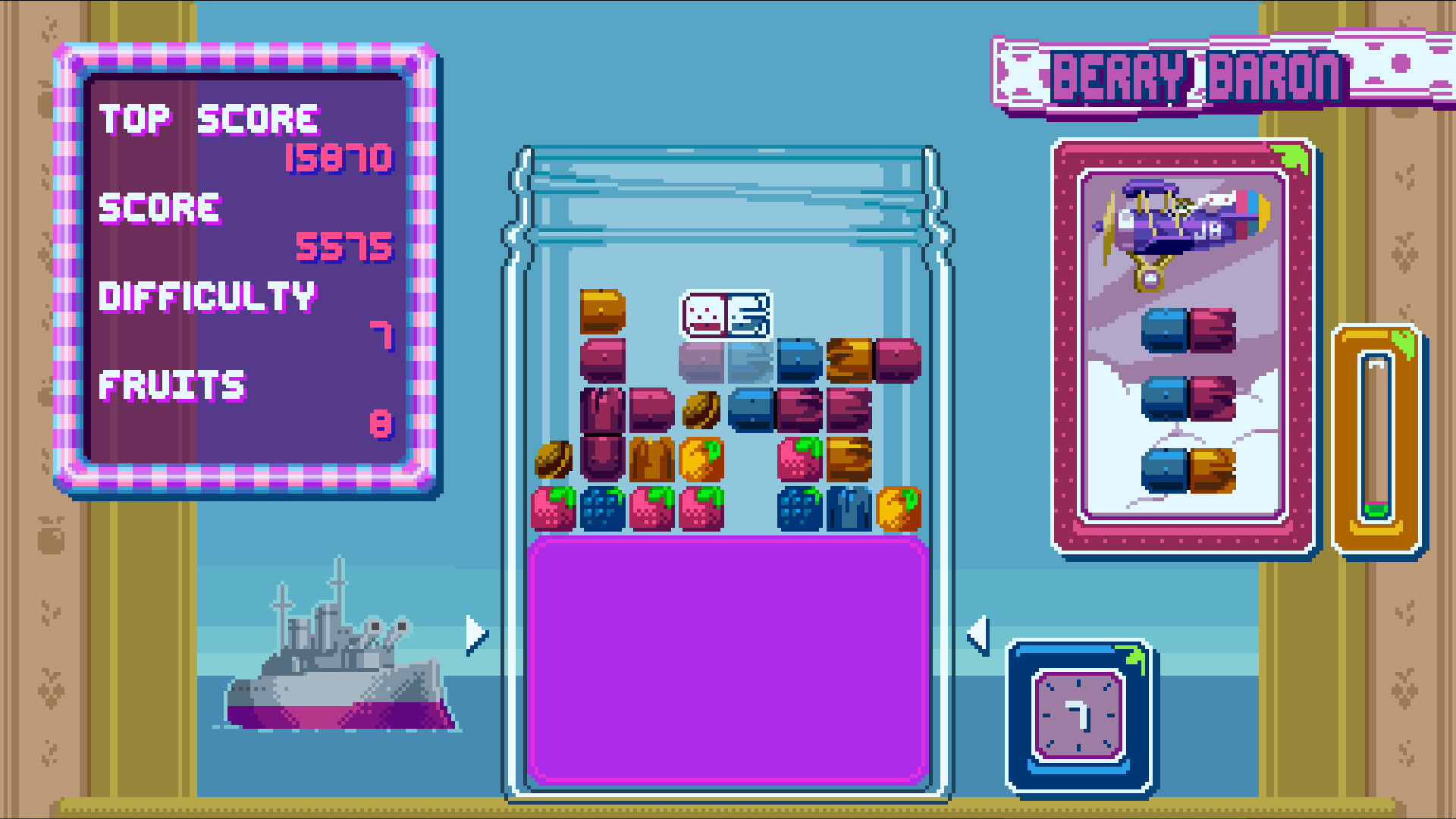 New version of Jelly Bomber out TODAY:
Hey everyone! Over the last few days, Dinofarm Games has been working on a cool update for Jelly Bomber, and this update is OUT RIGHT NOW!

It has a lot of nice improvements, particularly in the UI (check out our new character select screen!). There's also a new Apricot pit sprite which makes it look a lot more distinct compared to the apricots themselves.

Thanks so much for playing, and let us know what you think!. The Berry Baron has LIFTOFF!:
Hey everyone! Today marks the official (EARLY ACCESS) launch of the third official Dinofarm Games game (officially!)! We're really proud of how Jelly Bomber is coming together, but we also have a lot of ways we can still improve it. Let us know what you think of it so far.

Also, you should know that we have a GUIDE up which explains the basics.

Also, Dinofarm Games also has a Patreon where you can support us and our future endeavors. Check that out here: http://www.patreon.com/dinofarmgames.