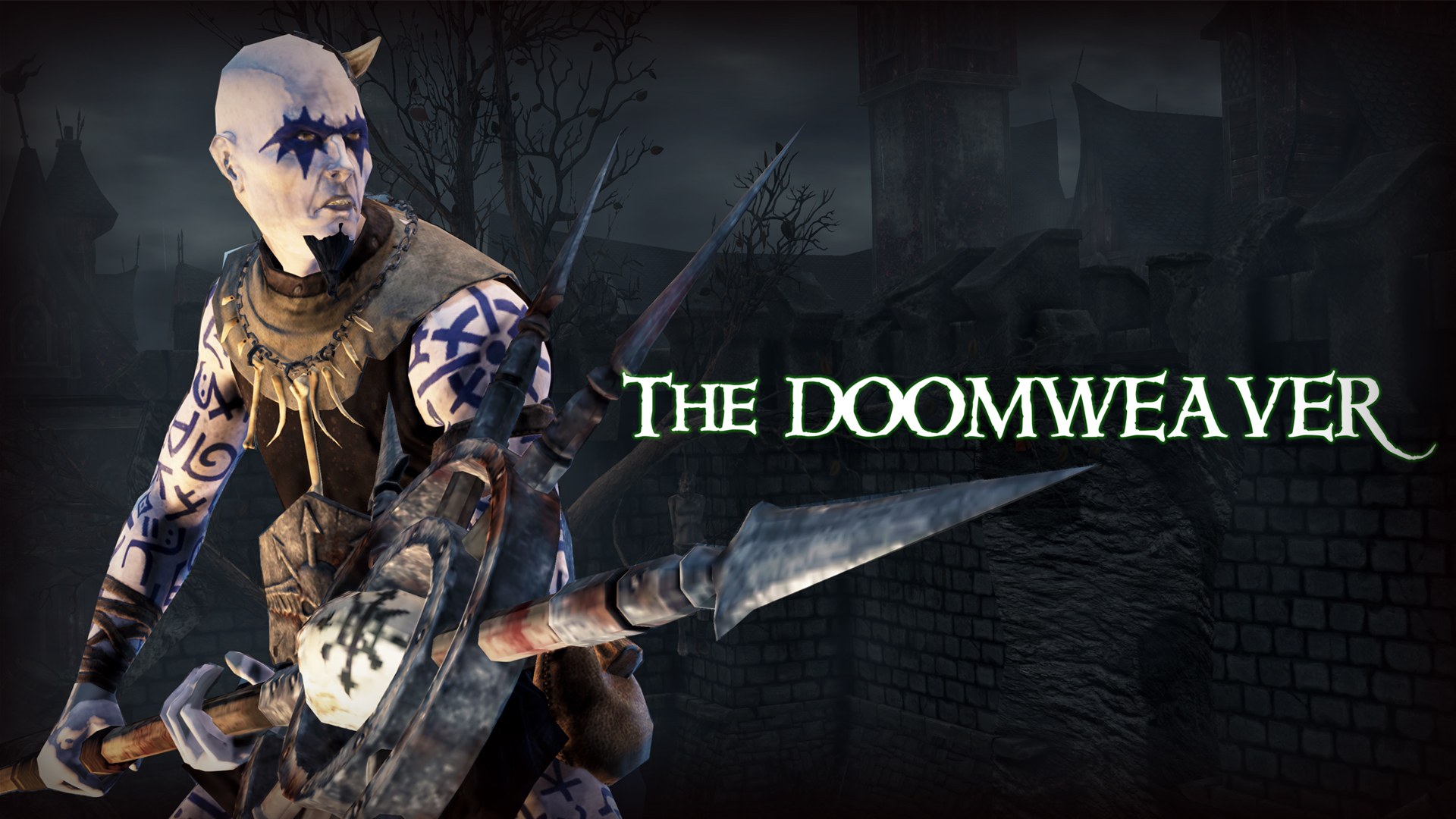 This Hired Sword is a new Hero-type unit that can be recruited to further customize your roster. The Doomweaver is available for the Skaven and the Cult of the Possessed.

Mystics who tap directly into the Winds of Magic, Doomweavers are both powerful and pitiable. Their minds constantly filled with strange visions and the sound of daemons scratching at the barriers of reality, they slowly descend into madness. The energies they harness twist their bodies with subtle mutations. Yet the magic they wield is the stuff of Chaos itself, primal and nigh unstoppable.

The Doomweaver has access to a unique new set of skills and spells:


The Doomweaver can also have access to the “Blood Offering”, “Touch of Palsy”, “Chaos Evolution” and “Chaos Advantage” Warband Skills of the Chaos. 7ad7b8b382 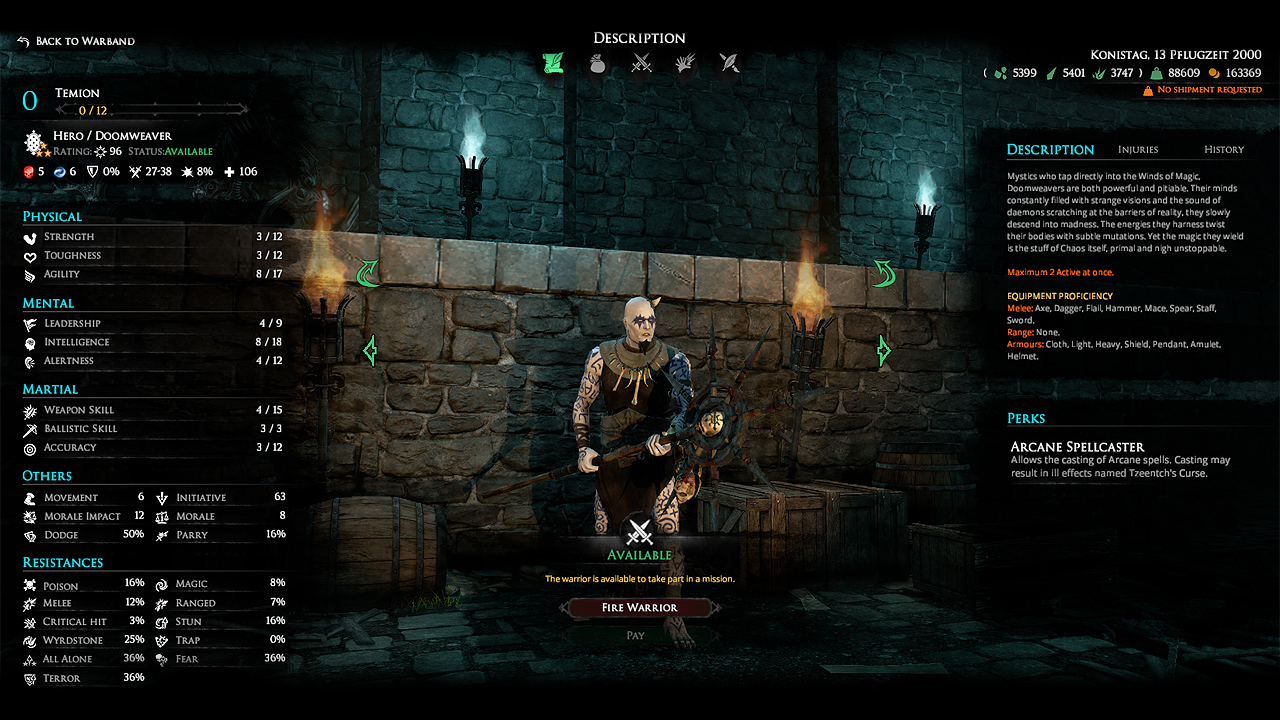 Pros:<\/b>
-Skaven get a pet human
-Support spellcaster that fits well in many warbands
-Extremely unique and fun mechanics
-Everyone needs an adorable bald racoon eyed tactical nuke on their team

Cons:<\/b>
-$2 for one unit seems lame
-Tzeentch's Curse Tactical Nuke option inconsistent and unreliable
-Can be an awkward fit in actual Chaos warbands

Overall:<\/b> The Doomweaver takes magic and flips the rules on its head. At his core, he's a support spellcaster. He uses totems to buff allies and debuff enemies, controlling the way a battle can flow. So he works great when in groups of people, if you take the time to build him along that path. Oddly enough, this also means he's at his very best in a Skaven warband, since they already rely on swarm tactics. He stands out a bit.

But he also has a cool ability, Favored, that prevents any non-AoE Tzeentch's Curse, which means he will never accidentally OHKO himself with a bad dice roll. Instead, he will oftentimes be able to sit in the middle of a wave of enemies, and give them all one massive debuff. He even has ways to increase the likelihood of a curse happening, which seems stupid and counterproductive at first. But he's surprisingly effective if used correctly, and is honeslty one of the more enjoyable units I've played in Mordheim.

Bottom Line:<\/b> Worth it; my personal favorite DLC unit. A powerful but cursed unit that requires some finesse to play as he can acidentally AOE all his team-mates to death if not used with care. Destructive mage caster class.. most pointless hero ever dont buy waste of money

. Doom weaver is a pretty solid support player. I really like the style of a tanky buffer\/debuffer that you can use with him. So far so good. I've played maybe three matches with him so far, seems legit. Good customization options too!. This hero is a bit iffy to use, his whole deal is making dangerous AoE effects happen around him when he casts spells. These always affect him but also any allies or enemies nearby. In other words, put this guy near two or more enemies (the more the merrier) and cast spells to easily turn the fight in your favor.

The curses he can cause are these:
(In no particular order)

1. Wild Aethyr: Deals damage in an area
2. Overload: Everyone nearby loses all Offence Points (A)
3. Aethyric Surge: Stuns nearby units (B)
4. Horrendous Pain: Puts Open Wounds on nearby units (C)
5. Flare: Blinds nearby units, reducing their chances to hit

A: This is a very powerful curse. Make sure your Doomweaver has high initiative so that he can act before the enemy spends their Offence Points.
B: Also powerful, keep in mind that only crits cause Open Wounds, so this does not cause them.
C: This is kind of a bad curse, it makes your Doomweaver get a light wound after the battle, even if you win. Try bringing poultices to treat it.