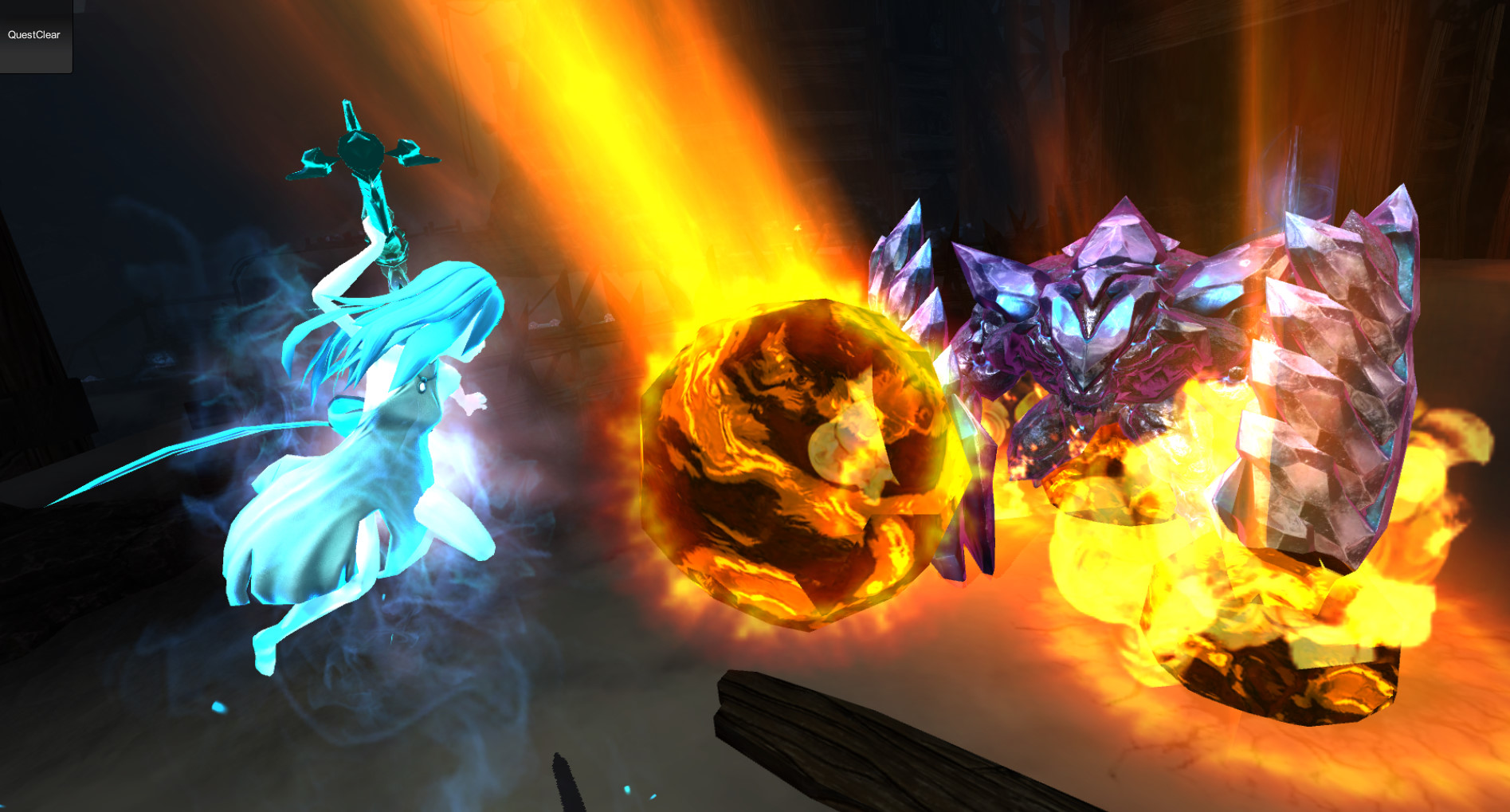 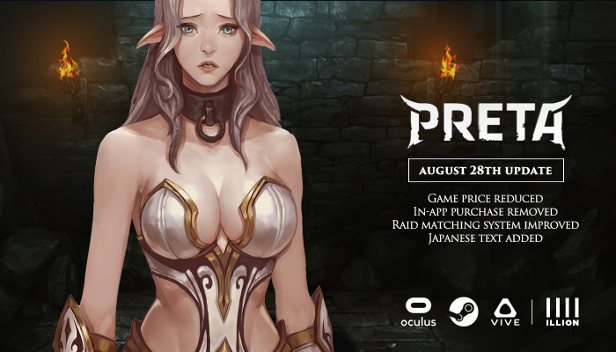 Enter the world of Akirion, a once peaceful land on the brink of extinction by a deadly epidemic that transforms the living into flesh-craving beasts called Pretas*. Survivors are now organizing into militias to defend their home, but due to the lack of capable warriors, Akirots are desperately hiring mercenaries, someone like you. Explore the forsaken continents, collect materials, craft powerful weapons and defeat blood-thirsty pretas in order to save Akirion and reveal the dark truths of the plague’s origin. Inspired by video games such as Dark Souls, Diablo, and Monster Hunters, Preta: Vendetta Rising is designed to be a challenging hack-and-slash action game featuring various multiplayer gameplay!

*Preta is the Sanskrit name for supernatural beings that suffered greatly before death and now have turned into flesh-craving monsters. 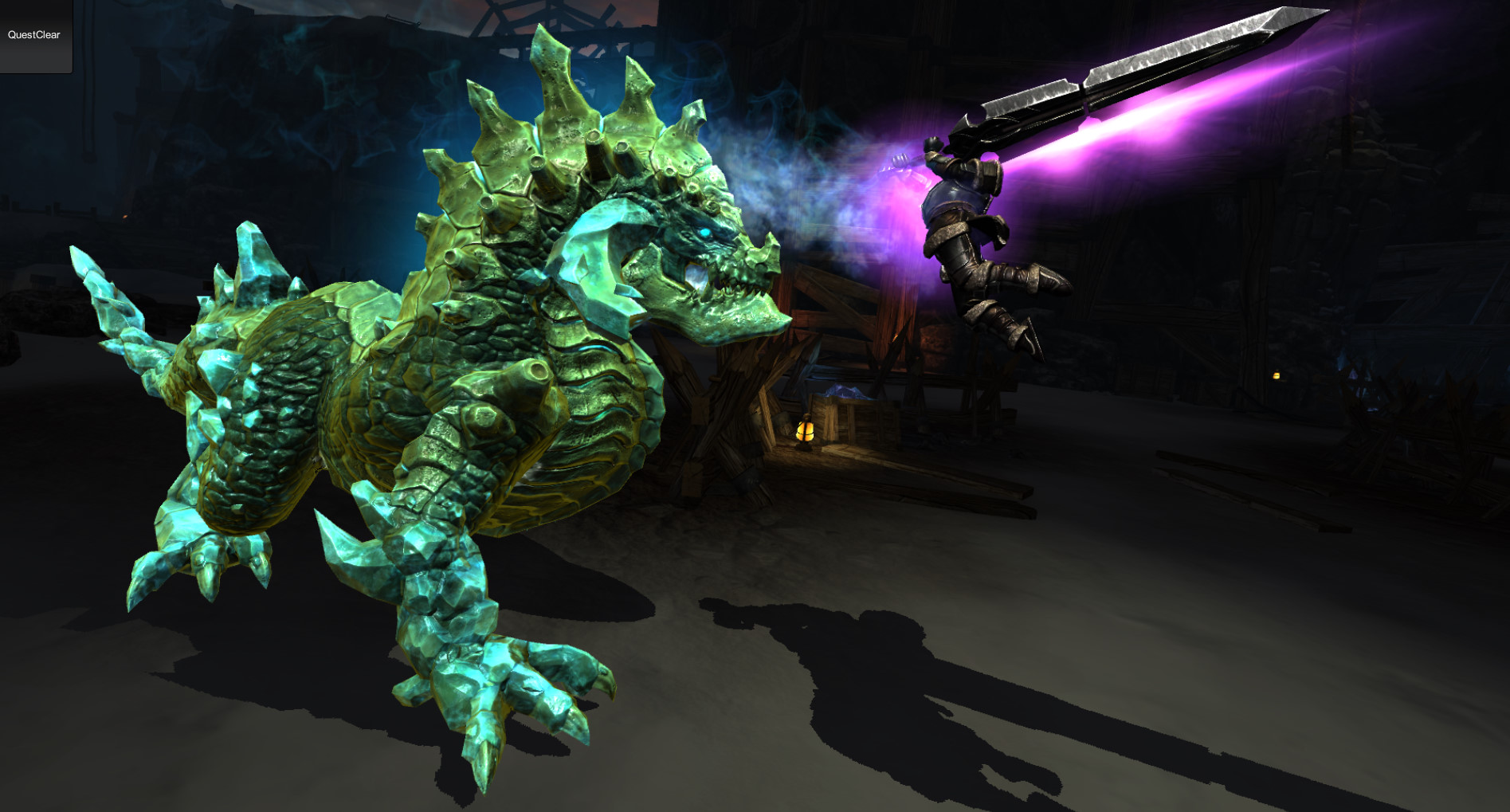 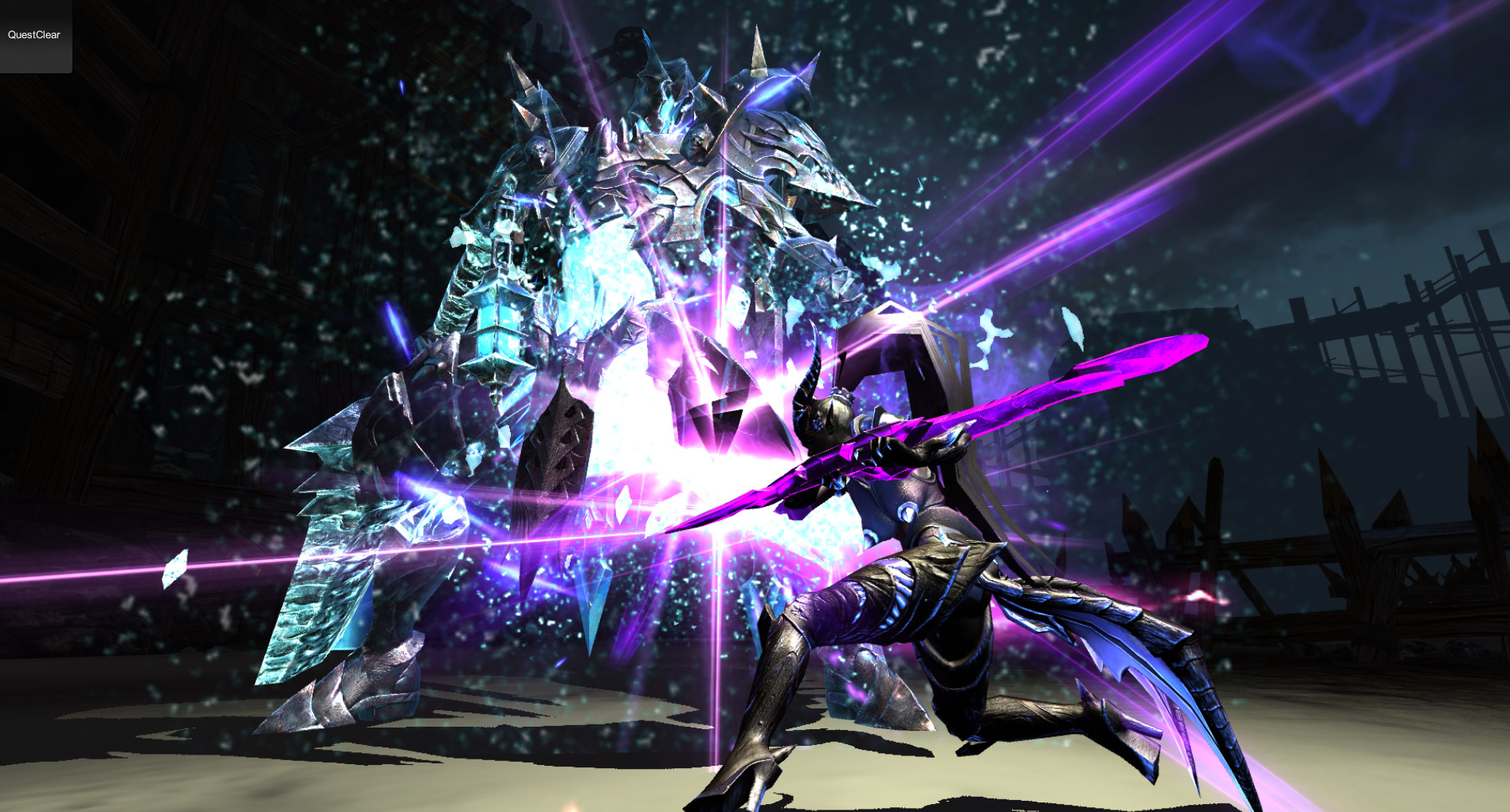 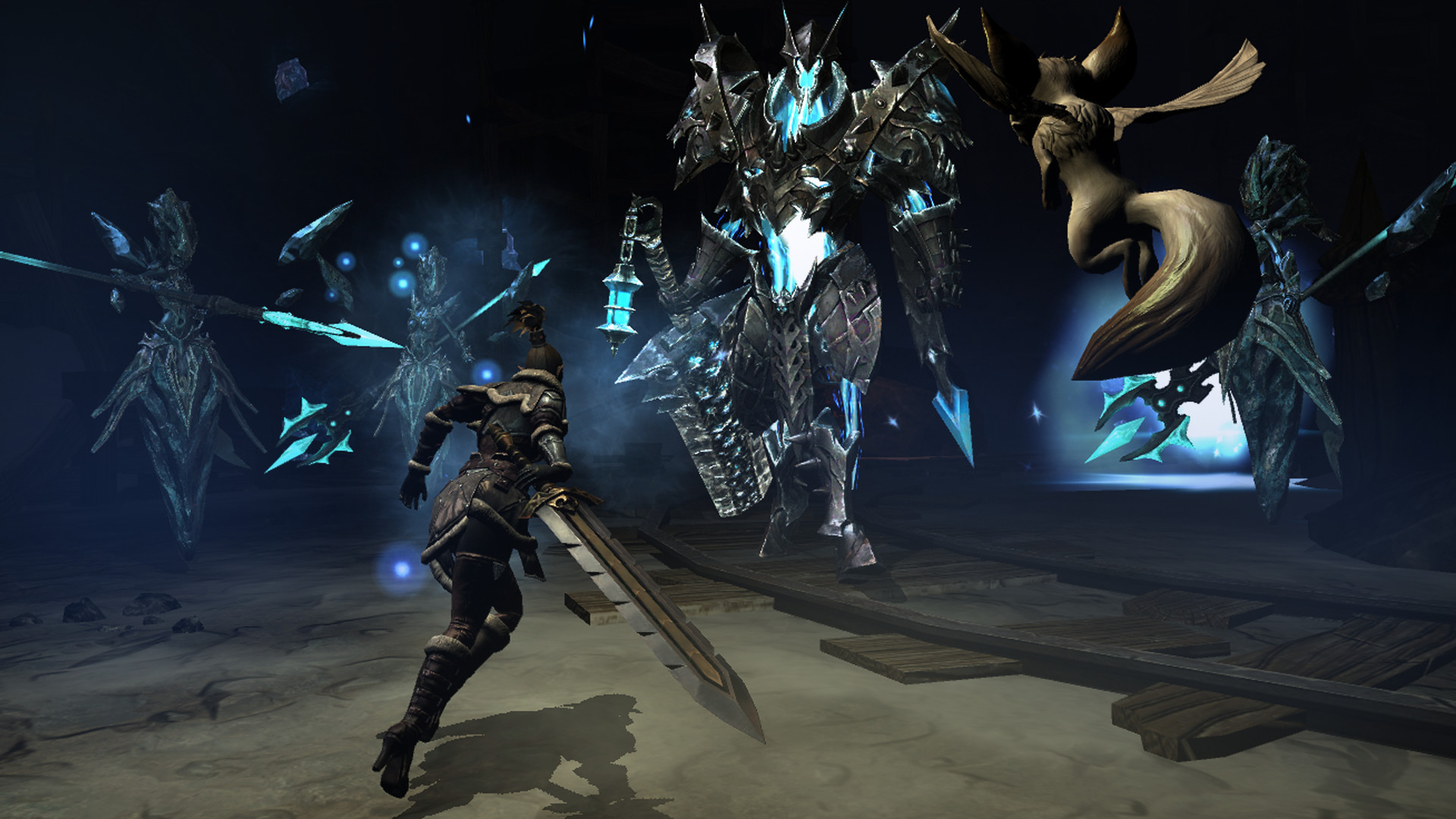 
Its about 130am. I was about to go to sleep and Preta has finaly come.

Short Preview!
the video demonstrated for the game is nowhere in visual quality of this early access game. Character, sound, animation, effects are very very good. I used a xbox one controller. I played for the first 30 minutes, it appears this game will have depths as after the tutorial, I was placed in a town where I can enhance various aspects of my character. This is indeed something special.. i like it starts off slow cant craft stuff for a long time but it hard and you need to dogde good game over all. Anymore, I've become EXTREMELY cautious when buying ANY new VR title from independent developers that go over $20. Many of them are not worth that price model and too many VR users are now giving thumbs up with bad reviews just to encourage support for the uptick of independent devs.

I am glad I decided to try this one out, because it is a very nice game. Smooth graphics, decent gameplay, and it feels a lot like Diablo in many ways. Very cool. Character progression seems nice and the boss battles are fun. Assuming this game is going to get better as more support it, I am excited to see how it improves (minus a few glitches, it is very good now).

Preta in its day one state, unlike MANY other VR titles, was ready for early access. I encourage you to try it. This developer ACTUALLY deserves the support... and I rarely say that.

Thanks guys, good game. We had a lot of fun playing it last night looking forward to playing more.

The only real and astounding negative with this game is the microtransaction system.. About this game;

The VR is comfortable, from what I have seen so far it's pretty fluid for movment. I've played a lot of VR games and would say it's a very safe bet to purchase this game. The early access title may worry some people since games on Steam don't always get finished but for this price... It's worth it even as is.

In the future - I do hope the development team will come up with a unique idea to keep the game from story mode, and perhaps even add dungeons / mazes and outdoor adventures. A lot of the quests I have seen are around a 10 minute timer or less for completion, so it's gives you a break here and there to rest your eyes. It would be nice to see additional random maps but once again this is a fairly new release.

If I had to say anything bad about this game - for me it would be that it is story driven. I like open world games where you can do what you want, without having to follow anything particular. That's me though...and a lot of people are driven by a story. The level system also seems to be driven by the latest story mode quests also.

If this turns into more of a diablo style game, with it's own unique twist - in VR it will Rock for ages, with a lot of replay'ability!!!

I had a couple issues and they were resolved very fast by the development team. There is nothing worse than playing a game that has no support. From what I seen so far this is not the case here, this team seems to be on top of things.

No better than mobile autorun RPG games.
Bad controll and mobile level visual.
And full price with in app purchases.
This game is one of few 3rd person view RPG atm but better try others.. UPDATE: I'm over 26 hours of game time with this now and still enjoying it. I just unlocked Chapter 2. It took me that long to finish 15 missions from chapter 1, but there was a bit of grinding by replaying the old levels to gear up my weapons and armor. There are currently 3 chapters in the game with a total of 10 chapters once it's out of Early Access. I would have to say this is easily worth the $30 asking price considering the amount of game time it offers. Don't be put off by the cash shop. It's only there for people with deep pockets that want to level up faster or want to buy cosmetic items. You absolutely do not need to buy anything to complete the game.

I have played this for a couple of hours and here are my early impressions.

Positives:
+ For an indie game the graphics are really good. It holds up well with other high profile games. It is pretty much how I imagine and want an ARPG to look like in VR.
+ Addicting gameplay. The RPG elements gives you a reason to keep playing longer to level up your hero and to upgrade your weapons and armor.
+ I like the Cool finisher when an enemy is almost dead. that's similar to the God of War games on the Playstation 4.
+ There are Treasure goblins that you can kill for loot like in Diablo 3.

Negatives:
- Movement running is too slow when in town. I wish there was a way to dash or run faster as everything is a bit spread out.
- I Hate the insults from the NPCs (so many indie developers do this, and it makes the game feel like it's made for children). It's a cheap way to provoke emotions like excessive jump scares in horror movies and games. It breaks the story telling immersion in every game because I always roll my eyes thinking about how amateur these devs are.
- You are asked to confirm every time you want to close the menu or back out of a shop\/quest menu. It's very annoying and unnecessary.
- The voice acting is not that great. It didn't seem so bad in the trailer but ingame there's just a lot of over acting.
- This game is better played with a traditional controller. You can use the Vive and Touch controllers but it doesn't feel comfortable holding 2 controllers when you don't have virtual hands in a ARPG VR game.
- I don't mind micro-transactions in games if they are for cosmetic items, but I hate when games are made purposely for you to grind so that you are encourage to buy items to progress faster.

Overall I am enjoying this and would recommend playing it in VR because it feels so immersive. But as a 2D flat-screen game I would pass. As for the item shop I do not plan on paying for anything with real money, grinding be damned.