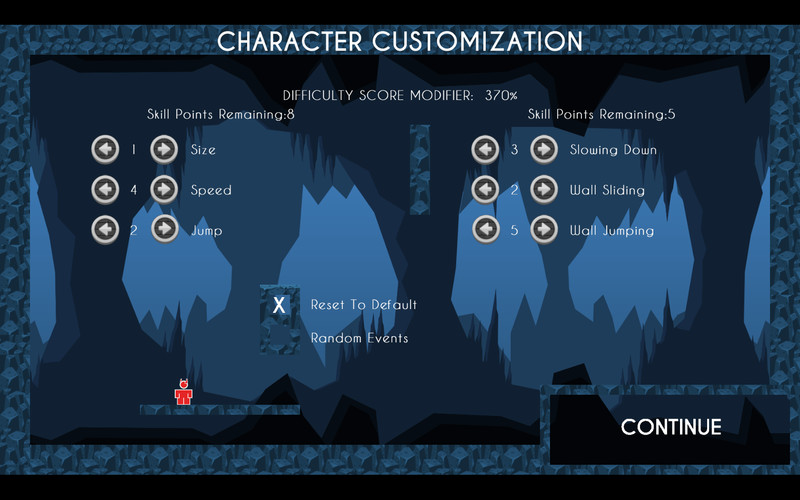 Classic-style skill based platformer, consisting of 100 levels split over 4 worlds. To complete this game you will need a lot of skill, a bit of luck and a whole lot of anger. This game is seriously hard. 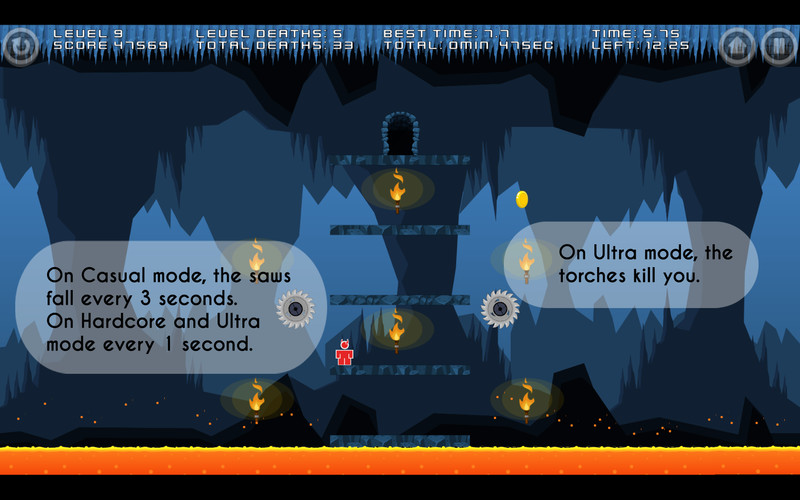 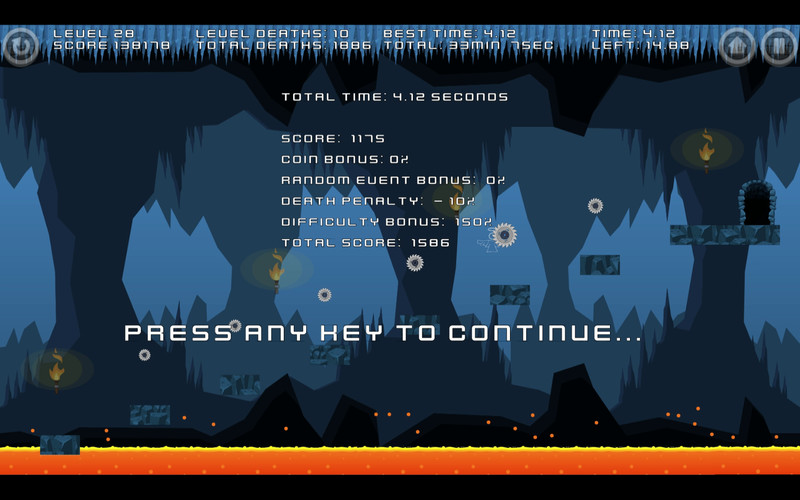 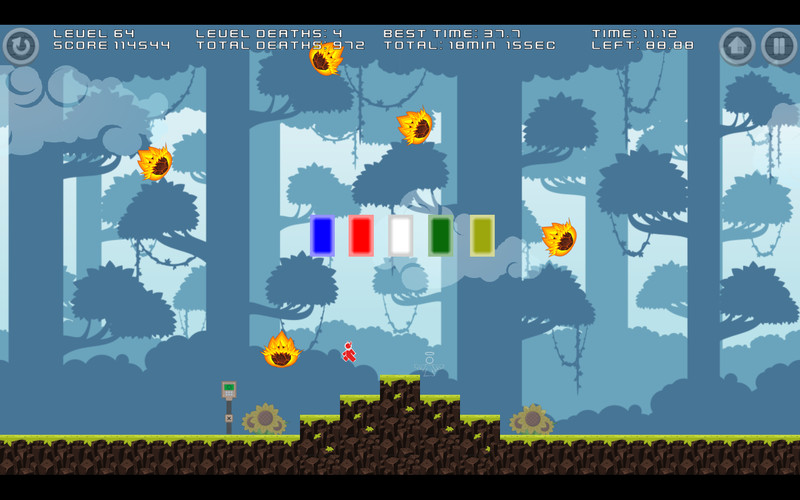 I'm gonna make up my own story here because so far the game doesn't actually seem to have one: You are a little devil and you are trying to escape from hell. You have unlimited lives, but the penalty for death is that you are still stuck down here in hell. I have no idea if there is any kind of ending; I'm not even close to making progress towards it. I'm about 8 levels in and ready to cry.

Look very closely at the screenshots and videos for the game on the store page. If you don't like what you see, don't buy the game; because what you see is what you get.

At it's core Run the Gamut is a simple old school platformer that reminds me of nostalgic pixel platformers from the 80's and early 90's but with cell shading and shinier colors.

Beyond that, Run the Gamut is hardcore. The difficulty is relentless and it doesn't let up.

Each level is a screen wide puzzle that you must jump through to reach the exit. All while avoiding fire and spikes. The controls are unforgiving, the deaths come fast and furious and if you can't maintain your calm you will just die even faster on the next attempt.

This is a game intentionally designed to test your patience as much as your gaming skills. The puzzles start out appearing deceptively easy but that doesn't last long and the slightest mistake is instant death. Oh, and you're on a timer so don't stand there thinking about your next jump: move or die because you probably have about 7 seconds to live.

And just to spice things up, there's random events like Earthquakes to make hard levels randomly harder, because this game only exists to drive you nuts. I only played for a few minutes before I needed a break.

Functionally the music is good, the sound effects are passable and the controls can be configured\/keymapped. (its keyboard or gamepad ~ no mouse needed for gameplay, only for menu selections)

There's not much else to say. It's a pretty simple game concept. You're a little devil, better run for that door or die.

But the bottom line is, it's fun. Assuming you like old school platformers and crazy hard difficulty levels.