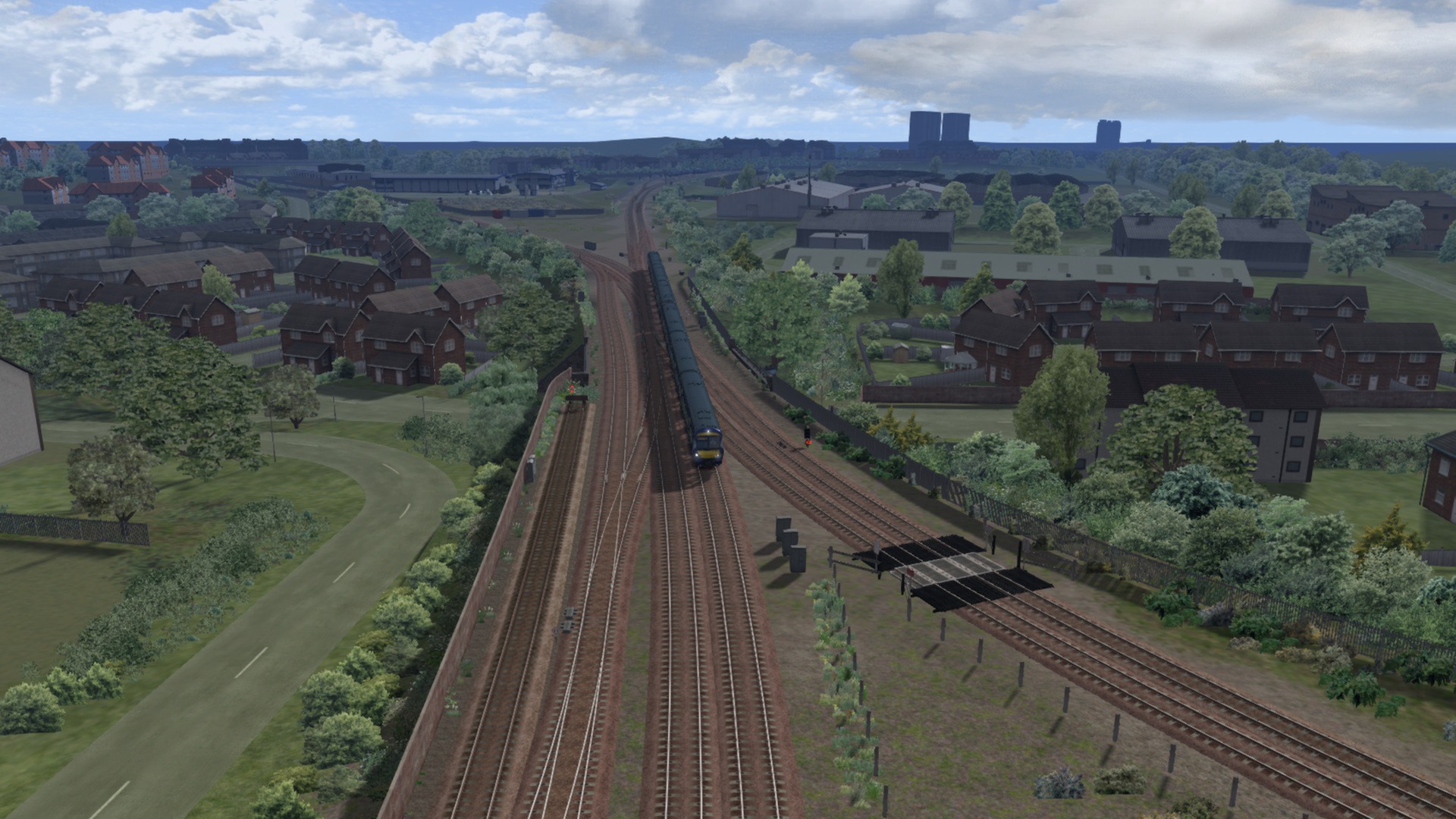 The Edinburgh-Glasgow Expansion Pack is a recreation of the line from Edinburgh Waverley to Glasgow Queen Street via Falkirk High, and including the Grangemouth Intermodal terminal and refinery area. Originally dating back to 1842, the line runs through open countryside passing through several stations including Haymarket, Linlithgow, Polmont, Falkirk High and Bishopbriggs, and passes the famous Murrayfield Stadium outside Edinburgh and the world famous Falkirk Wheel. Also included is the Falkirk Grahamston Branch between Polmont and Greenhill Upper Junction and the Class 170 Turbostar DMU. The route features highly-detailed models of both terminus stations, all stations along the line and the expansive intermodal terminal and refinery area, complete with atmospheric sound effects. The Edinburgh-Glasgow Expansion Pack has been developed by Thomson Interactive with a focus on the ‘driver’s eye’ view, all station and line-side features being fully detailed and more distant landscape features represented with simpler detail to improve game rendering performance while driving. 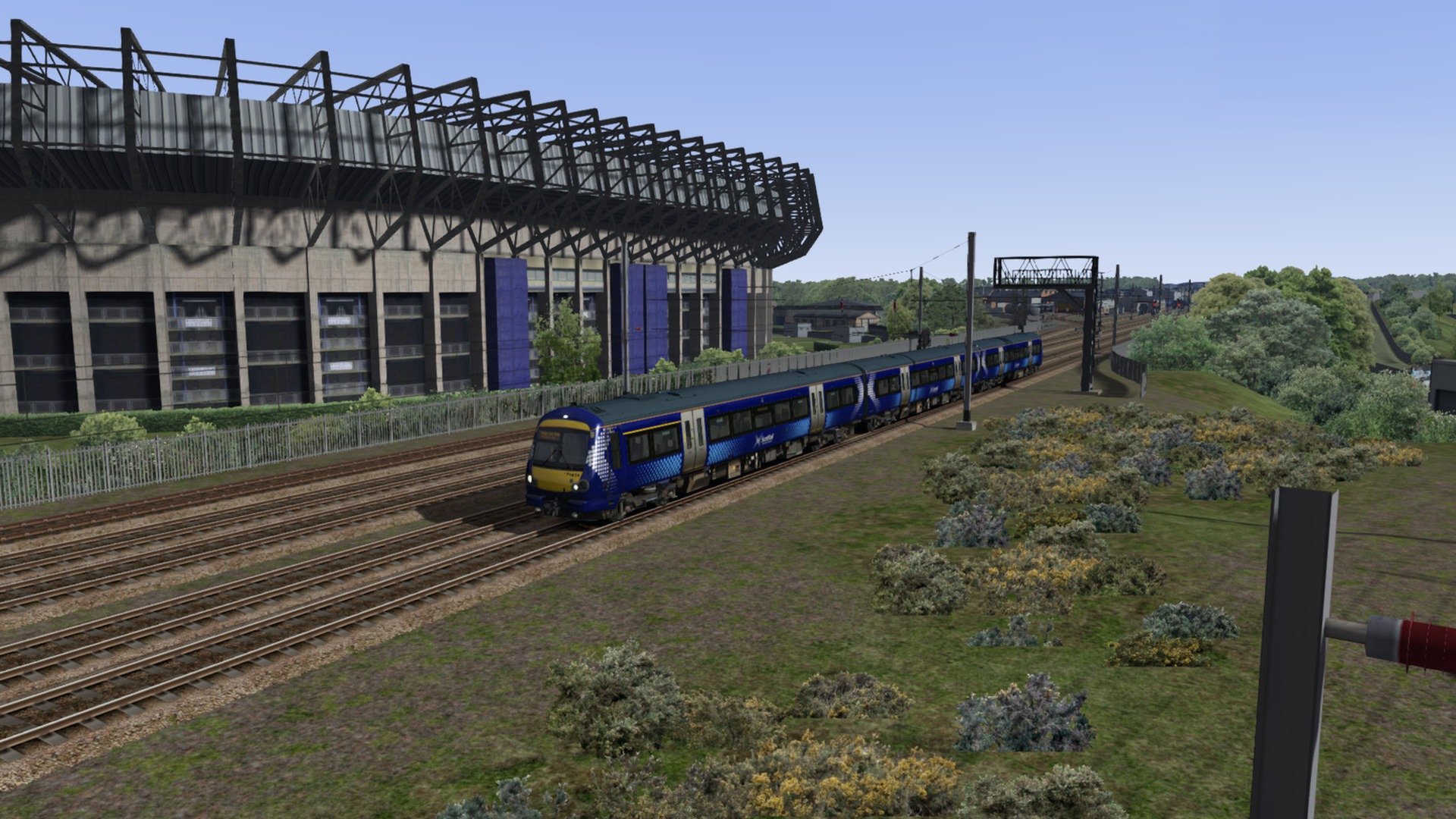 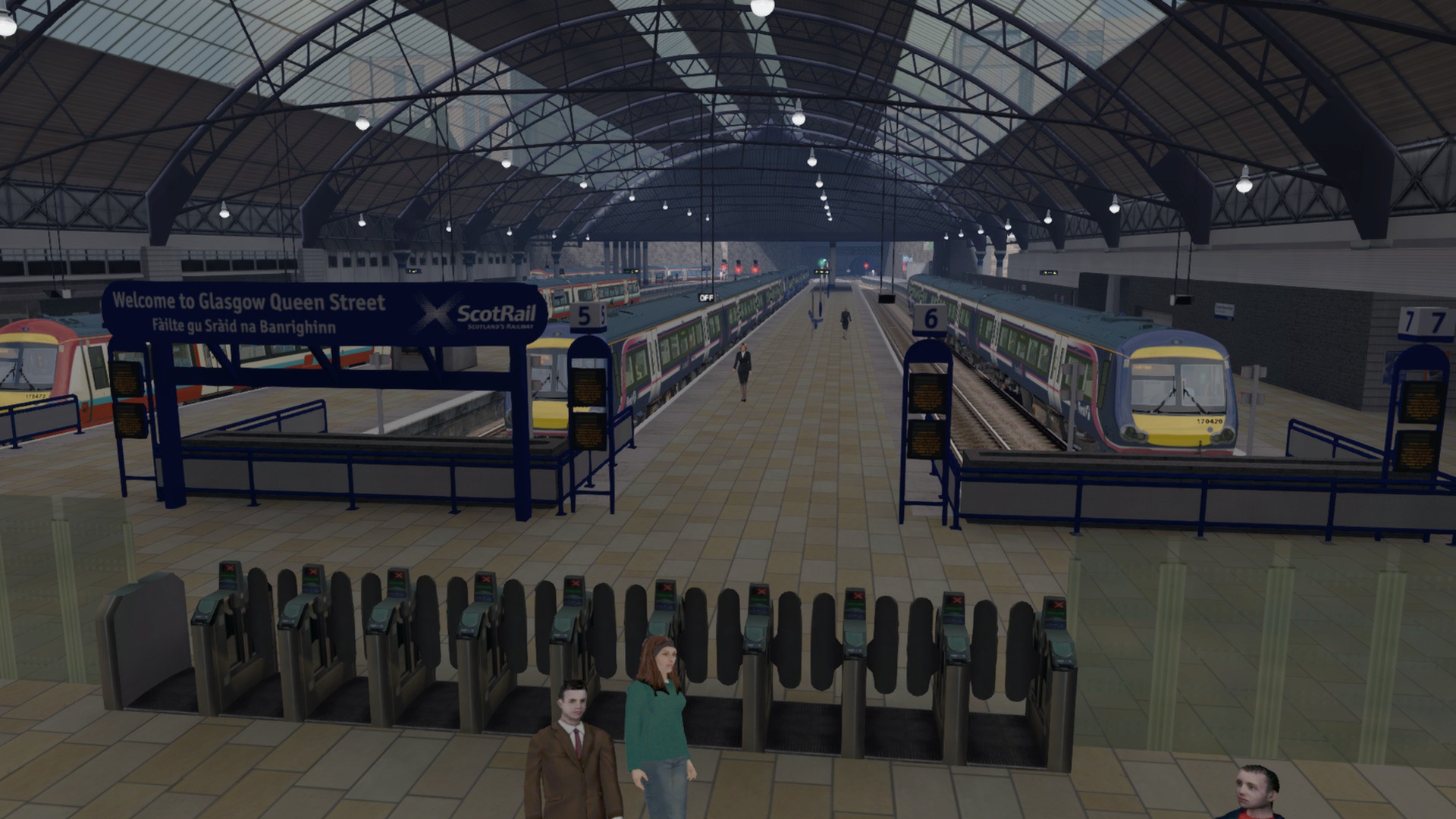 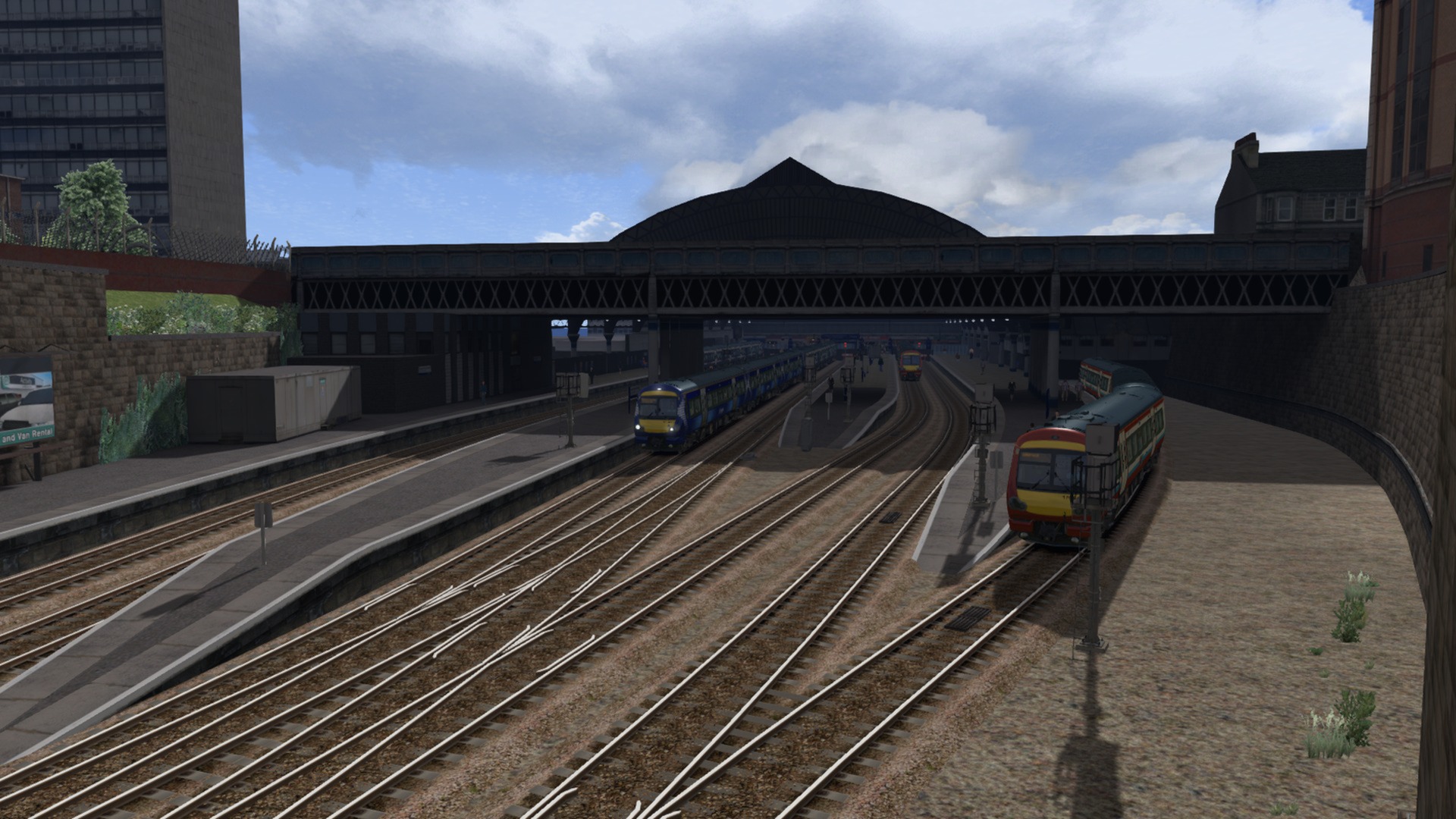 
Ok, let's get a few things straight:
THIS ABSOLUTELY BRILLIANT!
I mean no it isn't.
Actually, it's a bit average. It's still a good addition.

(I guess that's why it's average; it was released with RailWorks 2.). Nice little route, just enough to do. One of only a handful of Scottish routes. Nice scenarios and train-model too.. \u00ed love this route but down loaded the extra up date and lost the whole route i would recommend the simulator to all. I loved the route for a short time because it apperantly it dosent work it used to work but now it dosont work i would of loved it if i could still play the route but it was good for the time being :(. This is a great add on route. It looks great AND runs great at a higher than most fps. Very relaxing scenarios as it is very flat. Watch the speedzones and the cautions and it pretty much drives itself at notched throttle settings giving you a chance to really explore the different camera views of the incredible countryside. The buildings and streets are well lit at night giving you the sense of a living world. Cars on the roads and other trains also add to this. There is a late evening scenario that has excellent lighting and mood. Highly recommended.