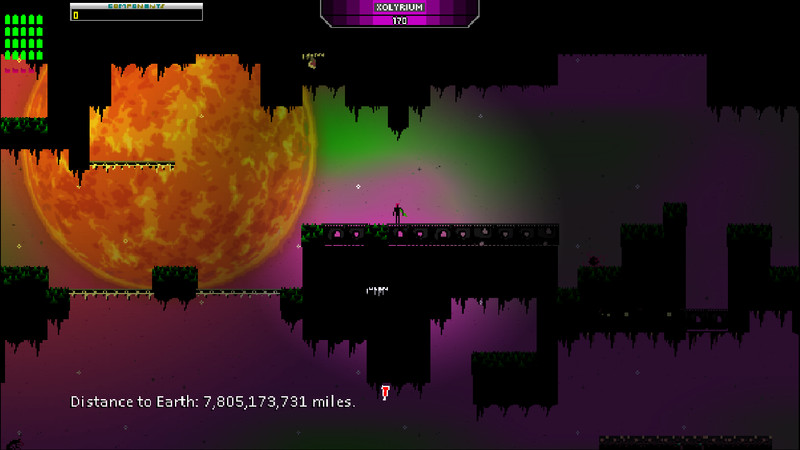 A rogue-lite, action platformer, tower defense, with a little rpg all in one.
As an action platformer, you can double jump, dash, and even climb a wall up and down while using a one-handed weapon.
But all of those must be unlocked via Distro Machine using the unit component.

As a rogue-lite, every level is random procedural generated.
That means every game session is different.
It also features permadeath, so everything that you work really hard for will be gone when you die.

And that brings it to rpg element which can be turned off if you so desire.
The very rare Xolyriums can be collected and can be spent on upgrading your reconnoiter.

And finally, the tower defense.
This one may be a little too hard at first, but with patience, skill, and strategic preparations using gun turrets, missile launcher, or a tesla tower you can do it!

Be warned, that this game requires some patience and skill.
The AI modifications can be a little intimidating at first but once you get the hang of it, you will feel like a boss.

Are you ready to annihilate all abominations of XO-Planets to find a new home for mankind? 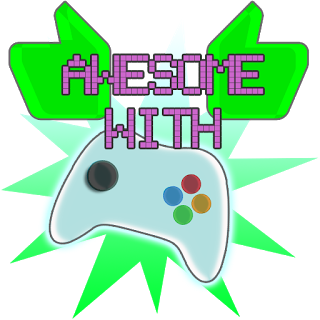 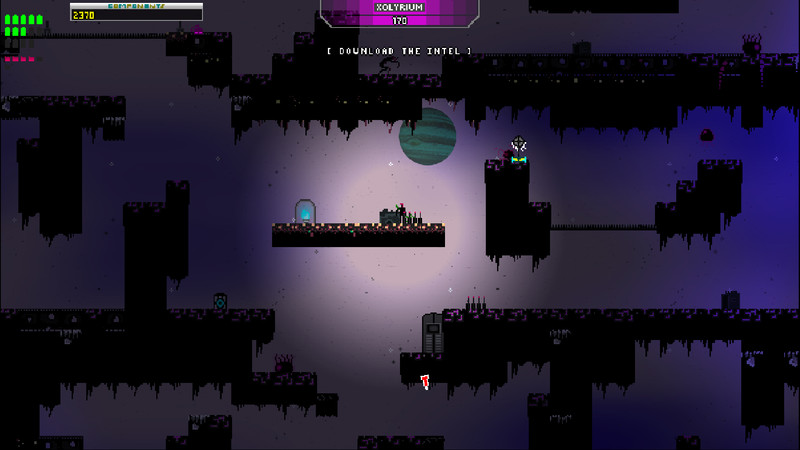 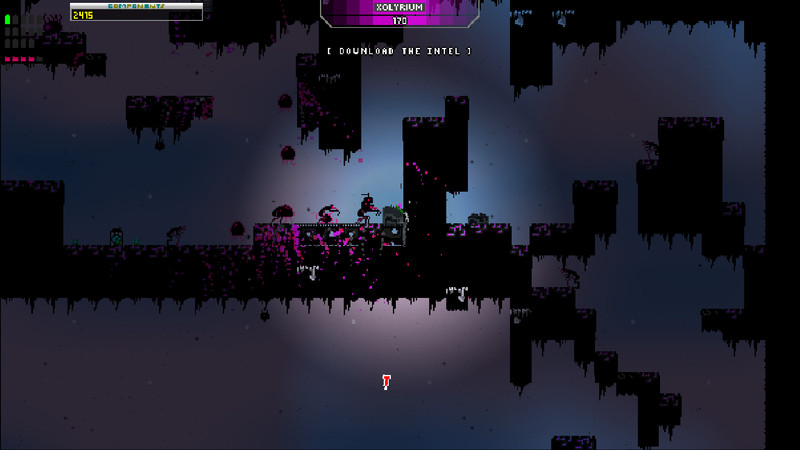 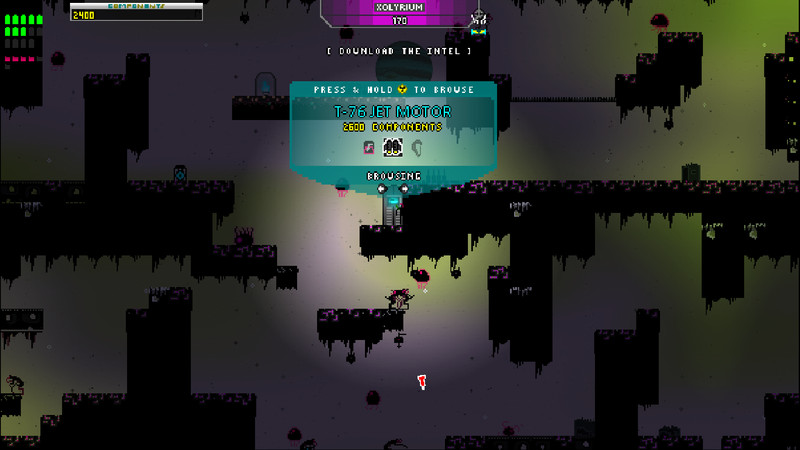 
It feels like a blend of Risk of Rain with elements of Spelunky, all wrapped up in a pixellated nightmare.

Six and half billion miles from the Earth, I'm digging, slashing, and shooting my way through one of the most nonsensical platformers in recent memory. Though its design tenants are conventional (double jumps, simple controls, focus on accurate movement), the application is anything but.

Enemies are difficult and unforgiving at close range, which would be a great incentive to use the gun, except properly landing shots is itself a challenge. Without a tutorial to explain a few of its nuances, be prepared to stumble through the first few lives working out the timing required to take out lesser enemies before progressing to the boss. This game has the appeal of trial and error, as well as a high difficulty curve who those that want a challenge.

Ultimately, this game is oozing with creativity from the mind of a talented developer. Despite this, it has unfortunately fallen by the wayside, ignored largely for no reason.

Plastered in visuals that range from stunning to vision-ruining, and unfettered by the laws of conventional sound design with sounds both satisfying and irritating, its certainly one of the more interesting games I've played aesthetically speaking. Its worth mentioning here that you should take the epilepsy warning very seriously. If you have any history of reactions to flashing lights, avoid this game at all costs.

It's a strange game, and I recommend it not because its perfect, or even great, but because playing it is a trippy, awkward experience. It's like stumbling through the first kiss; its like dealing with parental disappointment; its like a trip down a road you haven't seen in twenty years. Refreshing, but something's changed. Something important.

Hell, that's more than I can say for most of the triple-A industry. Good on ya, dev. Looking forward to your future projects.. It feels like a blend of Risk of Rain with elements of Spelunky, all wrapped up in a pixellated nightmare.

With some more gameplay tweaks and some difficulty balancing, this has every chance of being one of the best platformers out there.